Shopify's sales rose 93% in the most recent quarter year over year. How much longer can the company keep up this performance, and are rapidly rising sales enough to buy the stock even with growing losses? 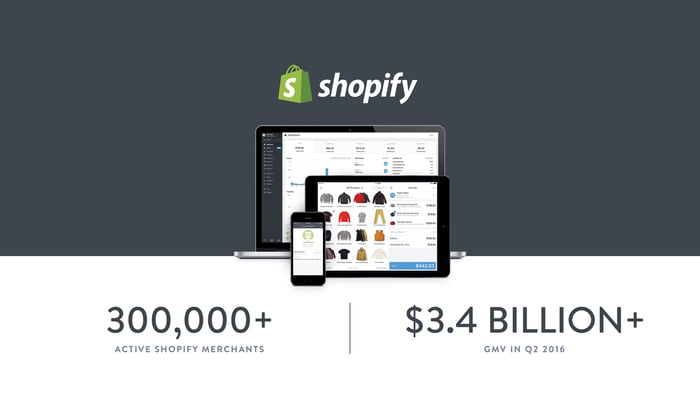 Shopify (SHOP 0.49%) shares have been on a bull run since it reported earnings for the second quarter including a 93% growth in sales year over year. As Shopify nears the end of Q3 on Sept. 30, can the compeny continue to post such incredible results? Even if it can, does that make the stock worth buying even though losses are also growing? With a growing consumer base, rising subscription revenues, and other value added services, here's why Shopify is poised to continue posting huge sales growth and why the stock looks undervalued now.

How Shopify blew sales out of the water

Q2 was the fourth quarter that Shopify posted year over year revenue growth over 90% thanks to a huge influx of new customers and growing value-added services. During Q2 of 2015, Shopify had 175,000 customers, but that grew more than 70% to over 300,000 in the most recent quarter. Those customers came from more than 150 countries and include some major names like Tesla Motors, the Los Angeles Lakers, and more.

Those 125,000 more customers were not the only reason for the sales growth. Shopify has also been upgrading its other value-added services, such as Shopify Plus, which pairs its merchants with "the world's most innovative agency talent to create a new era of engaging commerce experiences," to make its existing partnerships more lucrative. In fact, these merchant solutions services grew 121% year over year to now make up nearly half of Shopify's revenue at $43 million of the $86.6 million total during the quarter.

What Shopify is doing to continue boosting sales

Much of Shopify's success in the last year has been through partnerships with other companies to be the e-commerce portal for easy online shopping. Shopify is already the preferred portal for Amazon.com (AMZN 1.85%), the service behind the "Buy" buttons on Facebook (META 1.10%), Instagram, and Twitter (TWTR), and continues to announce new partnerships and ways to make e-commerce accessible to anyone.

Earlier this summer, Shopify announced a new partnership with Facebook Messenger to allow merchants to communicate with customers, as well as complete sales transactions, directly on Facebook Messanger. For physical products that need timely delivery, Shopify has partnered with Postmates, a local on-demand shipping service, so that merchants can get their goods to a buyer in as little as one hour in the 200 cities Postmates is available. Shopify also announced that Apple Pay and Android Pay will be available on all Shopify stores this fall.

Management and analysts are confident that its tactics are working. In the coming quarter, Shopify sales are expected to reach $94.6 million, or 80% year over year. The company raised its full-year 2016 revenue guidance to $367 million on the high end, what would also be an 80% jump over 2015.

Even with skyrocketing sales, losses widen -- reason to worry?

Sure, Shopify's sales are likely to nearly double again this quarter, but its losses are actually increasing. In Q2, net loss came in at $8.5 million, compared to a loss of $3.3 million for Q2 2015. While the losses widening is something to watch and a good reason to feel some apprehension for the price of Shopify stock -- which is more than 18 times book value -- the growth efforts the company is investing in are clearly working as sales have ballooned so quickly. It's because of the expensive investments Shopify has made in its business and customer development that it has been able to grow so aggressively. 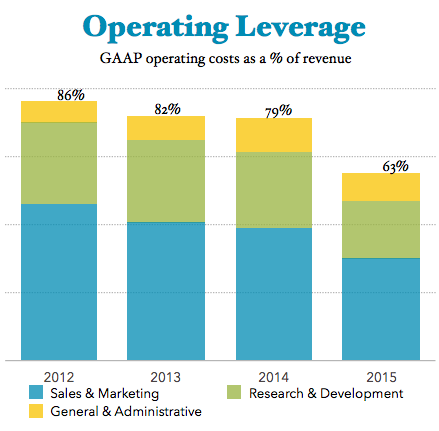 Shopify is still bleeding money, with no timeline of when it's likely to start posting a profit -- much less one that makes up for its lofty price of 18 times book value. Still, many of the bullish analysts point to the early days of Amazon, which also failed to post a profit for years even though it grew revenue rapidly. Shopify's incredible sales growth trajectory and decreasing losses as a percentage of sales, make the stock look like an attractive long-term bet. Macquarie analysts agree, recently citing in a note that Shopify shares could have about 25% upside to $52 based on what the company is doing to become the worldwide leader in e-commerce sales.

If I Were You, I'd Buy These 3 Stocks Before They Skyrocket

Should Investors Buy the Dip on Shopify Stock?

Here's the Next Stock I'm Going to Buy