Investors should focus on buying great companies, but it can be fun to speculate about potential buyout candidates from time to time. 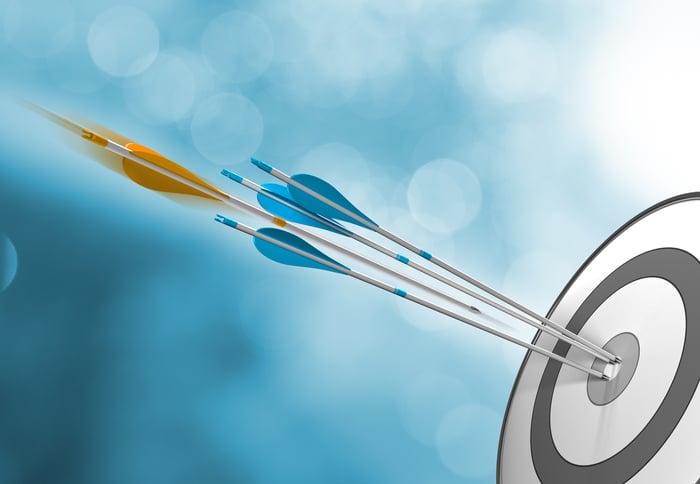 Your investment thesis should never hinge completely on a takeover -- even if rumors are swirling -- but some stocks have more acquisition potential than others. Here are three buyout targets for 2016 or the near future:

The three companies focus on three different industries -- agricultural raw materials, biopharmaceuticals, and agricultural nutrients, respectively -- with trends that could support a potential merger or acquisition. While these are obviously speculative, let's explore the rationale for each.

China is home to 19% of the world's population, but only contains 7% of the planet's arable land. The country certainly sees the problem with that statistic. In the last several years, Chinese companies have purchased the largest dairy farm in Australia, agreed to shell out $43 billion for Swiss seeds and herbicides company Syngenta, and gobbled up billions in soybeans processing facilities in Brazil -- all in an attempt to bolster the nation's food security. The latter should be intriguing to Bunge investors.

The $8 billion agricultural raw materials company has extensive operations in global breadbaskets, namely Brazil and the United States, with growing operations in Europe and Southeast Asia as well. Bunge is a major player in corn and soybean processing, sugar and energy production, and logistics. It recently expanded its footprint in Europe by acquiring two oilseed processing facilities from Cargill. And a move that could represent icing on the cake for a potential Chinese acquirer: Bunge recently formed a joint venture with Wilmar focused on oil production in Vietnam -- a geographic location in China's backyard where the Chinese government wishes it had more influence.

Further supporting the case for a potential buyout is the simple fact that Bunge represents a great bargain. The stock trades at a price-to-earnings ratio of 12, which is well below industry peers such as Archer Daniels Midland. It pays a dividend yielding just below 3% at current prices. And it has increased its cash position by nearly 33% from the second quarter of 2015 to the same period this year. If China is looking to bolster food security through acquisitions, then Bunge represents a great value with expansive strategic operations.

Biopharma pipelines are in demand

In late August, Pfizer announced that it had agreed to buy Medivation for $14 billion, which swiped one of the hottest takeover candidates in the pharma industry off the market. Of course, that only increased speculation for other potential buyout targets such as Incyte, which saw its shares leap nearly 8% on the news.

What makes Incyte a possible acquisition target? The company has enjoyed steady sales increases from its first approved drug Jakafi (myelofibrosis and polycythemia vera) and recently acquired another in Iclusig (two types of leukemia). Total revenue has grown from $297 million in 2012 to over $753 million in 2015 -- and management is guiding for at least $850 million this year. Meanwhile, a third drug candidate that can be taken orally to treat rheumatoid arthritis is nearing marketing approval with Eli Lilly standing by as a partner.

While commercialized products derisk research and development efforts, the company's true value resides in its robust pipeline. Incyte is currently investigating over 11 different biochemical pathways that could yield new treatments for various cancers and autoimmune diseases. Sure, the stock suffered in January when management decided to stop a phase 2 study for a lead drug candidate being investigated in metastatic colorectal cancer, but that could actually make an acquisition more likely. Despite peaking at a valuation of $23 billion in 2015, the company currently boasts a market cap of just $16 billion. A large pharma company eyeing new sources of innovation may consider that price a steep discount.

The Mosaic Company found itself on the outside looking in when Canadian fertilizer leaders Potash Corp and Agrium announced their intention to merge into a $30 billion powerhouse. It could end up benefiting from the deal either way, as it is currently the third member of the Canadian fertilizer cartel Canpotex with those same two peers. If they gain more bargaining power in securing international contracts through a merger, then The Mosaic Company will benefit indirectly for all of its international sales -- some 40% of total revenue in 2015.

Of course, any potential for increased margins from industry consolidation, perhaps simultaneously timed with a global comeback for fertilizer prices, could make The Mosaic Company a potential buyout target, too. While an industrywide recovery in prices is believed to be on the horizon, management has kept investor expectations in check. Still, the company boasts among the most diversified operations in the industry, which has helped it to weather the current downturn better than peers while avoiding cuts to its dividend so far (yielding over 4% at current prices). Strong operations and fiscal restraint could make the current $8.7 billion valuation look like a spectacular bargain. It is, after all, a sharp discount to historical valuations that averaged over $22.5 billion from 2011 to 2013.

Investors should never buy companies for the sole purpose of expecting an acquisition to take place. That's a risky bet that could have disastrous consequences for your portfolio. However, buyouts do happen, which means that if you focus on buying great companies in certain industries, then you could eventually end up with a surprising payday. Just don't make takeover rumors a central argument in your investment thesis.