Please ensure Javascript is enabled for purposes of website accessibility
Log In Help Join The Motley Fool
Free Article Join Over 1 Million Premium Members And Get More In-Depth Stock Guidance and Research
By Rich Smith - May 11, 2020 at 11:25AM

Last week, shares of fertilizer giant The Mosaic Company (MOS 0.25%) got a boost when analysts at Scotiabank called a bottom on phosphorus and potassium prices, predicted a 50% profit on the stock, and rated Mosaic shares as outperform.

Today, Mosaic shares are down 10% as of 10:45 a.m. EDT as another, even more famous, analyst decides to take the opposite side of that trade. 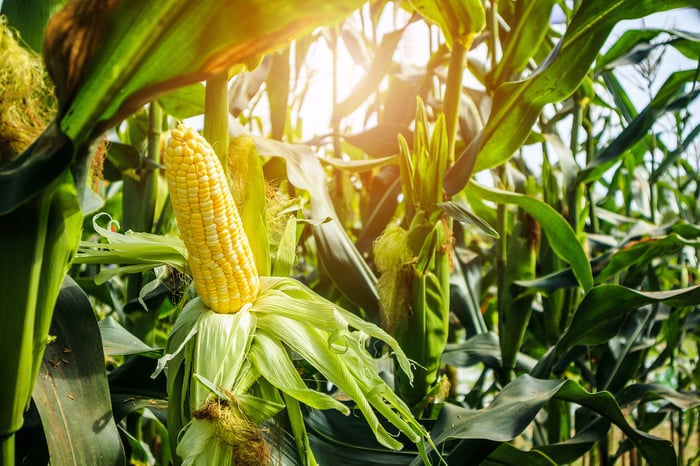 In Scotiabank's opinion, phosphorus and potassium are selling for trough-level prices right now. But if markets "stabilize," according to TheFly.com, and prices return to even a bit less than what they were in 2019, Scotiabank thinks Mosaic stock could return to $18 a share -- more than a 50% gain from today's price of less than $11 a share.

But not so fast, says Bank of America, which argues that after an "optimistic start" to the year, price trends in fertilizer have "reversed significantly." As a result, Bank of America's outlook on Mosaic stock went from buy to underperform.

As BofA explains, farmers in the U.S. have planted a record amount of corn -- but demand for corn-derived ethanol to mix with gasoline is falling along with demand for gasoline. At the same time, Brazil is producing record amounts of soybeans.

That may sound good for agricultural industry companies like Mosaic, but in the perverse economics of the ag industry, good harvests usually mean bad prices for the crops harvested. That means less money for farmers with which to buy fertilizer for next year, and less incentive to buy it as well.

In this environment, Bank of America believes that Mosaic stock will be a money-losing trade, and advises investors to sell it. Right now, it seems investors are going to do just that.