And that could cost his company a lot in the future. 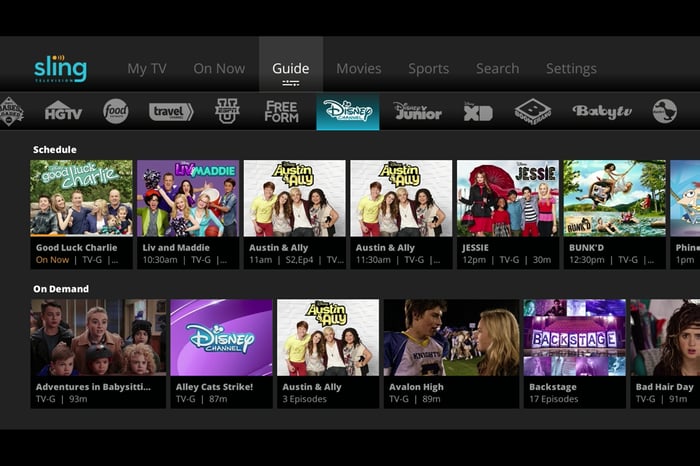 NBCUniversal Chief Steve Burke doesn't think over-the-top television streaming is anything to get excited about. That might have something to do with his parent company, Comcast (CMCSA -0.13%), which also owns one of the largest traditional pay-TV distributors in the United States.

"I think OTT is happening. It's going to happen, but I think it's a pretty challenged business model and I'd be surprised if it flies out of the gate with a big number," he told the audience at Bank of America Merrill Lynch's Media, Communications, and Entertainment Conference earlier this month.

NBCU has deals in place with DISH Network's (DISH 0.64%) Sling TV and Sony's (SONY 0.69%) PlayStation Vue. Burke's comments indicate that it will also have a deal with Hulu by the time it launches its own live TV service next year. He's certainly willing to make deals with these virtual-TV providers, but he's not betting the farm on them, as some of his competitors are.

"From a consumer point of view, it doesn't seem to make sense to me," Burke said. "If you are a consumer that has cable and you get 200 channels, I'm not sure why huge numbers of people are going to run out and get excited about paying $45 for 25 channels."

Burke is operating on the assumption that the average cost of programming for most cable subscribers is $40 to $60, and cable companies merely pass along those costs to customers. Last quarter, Comcast's average programming cost per customer was, in fact, around $43 per month. However, Comcast received about $83 per month from customers for video service.

Moreover, $45 will get you much more than 25 channels from these new virtual television providers. With Sling, customers will receive two dozen channels for $40, with the option to add on six to 12 more for an extra $5 if they choose. Sony's PlayStation Vue will provide customers with over 100 channels if they're willing to shell out $45 per month.

Of course, the real value of new virtual distributors such as Sling and Vue are in those smaller bundles of 25 channels or so. Sling offers bundles as low as $20 per month, and Vue bottoms out at $30 per month. The average subscriber could save around $60 per month compared with Comcast. That'll make people "run out and get excited."

Burke still sees virtual distributors as an opportunity for NBCU to maximize its revenue: "If people are interested in putting together OTT businesses ... we're going to sell to those suppliers. We want to make sure that we make as much or more selling to an over-the-top supplier as we do selling to an MVPD."

Those comments indicate that Burke isn't aggressively pursuing deals with virtual distributors. That stands in stark contrast with Walt Disney (DIS 0.20%), which has made it part of its strategy to get into more skinny bundles -- including virtual distributors -- to bolster its declining subscriber base in its cable networks division. ESPN, specifically, lost 7 million subscribers from 2013 to 2015.

On Disney's third-quarter earnings call, CEO Bob Iger told analysts that its pricing is roughly the same across traditional and over-the-top distributors. But he believes the virtual distributors offer some advantages in user interface and dynamic ad insertion that make it possible to generate even more revenue for its networks. As such, it's been aggressively pushing ESPN and Disney Channel into smaller bundles, recently moving both into PlayStation Vue's smallest bundle.

Burke's lack of confidence in the over-the-top market may have NBCUniversal leaving money on the table in the long run as its networks end up in higher-priced tiers or left out altogether.

Adam Levy has no position in any stocks mentioned. The Motley Fool owns shares of and recommends Walt Disney. We Fools may not all hold the same opinions, but we all believe that considering a diverse range of insights makes us better investors. The Motley Fool has a disclosure policy.

Stocks I Love From Companies I Hate
351%