We're still a few weeks away from the start of the next earnings season, yet the last few days have felt like something of a preview. A clutch of stocks hiked their payouts, in some cases quite substantially.

Out of that group, I've picked my usual trio of notable raisers. In no particular order, they are:

Take a puff of this: habitual once-per-year dividend raiser Philip Morris International (NYSE:PM) has bumped its quarterly payout 2% higher, to $1.04 per share.

That was actually fairly disappointing for the market, which had become accustomed to much higher raises in years past, peaking with a 20% lift in 2011. After all, on a relative basis costs have been low and profits high in the tobacco business. 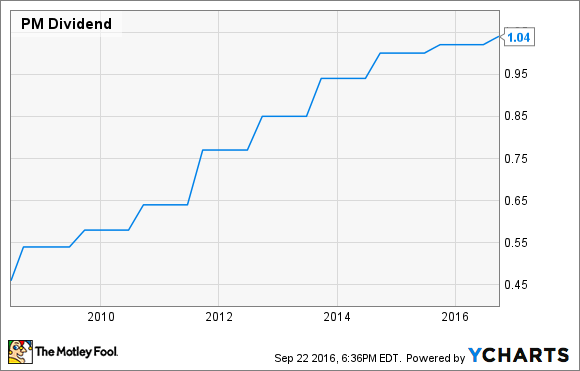 But ever-growing awareness of the hazards of smoking and the detrimental effect of a strong dollar have been a one-two punch that has stunted Philip Morris' growth.

Sales volume was down by nearly 5% in the company's most recently reported quarter. Revenue crept up marginally on a year-over-year basis, while net profit slipped by 5%.

Although the company's cash flow remains strong, and its customarily rich dividend well within its means, those headwinds are strong. So I think these incremental dividend bumps will become the rule rather than the exception in the near future.

Philip Morris International will hand out its upcoming payout on Oct. 13 to stockholders of record as of Sept. 28. It would yield a respectable 4.1% on its most recent closing stock price, comfortably above the current 2% average of dividend-paying stocks on the S&P 500.

The most impressive dividend increase among our trio for this installment is the one from Goodyear Tire & Rubber (NASDAQ:GT). The incumbent wheel maker is boosting its quarterly distribution by 43% to $0.10 per share.

This might be due more to shareholder pressure than any other factor, however. Activist investor Marcato Capital Management has pushed its investment to return $4.5 billion to stockholders over the next three years. Doing so, it believes, would help the stock price.

To be fair to Goodyear, the stock has been on the march since this summer, advancing from the mid-$20s-per-share range to the low $30s. 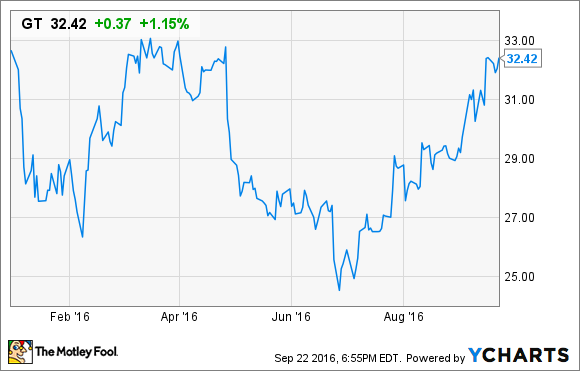 Some of that improvement has to be attributed to the most recently reported quarterly results. Despite some operational downsizing the company still booked a slight year-over-year tire sales volume increase, and a 5% rise in net profit.

So Goodyear's not doing too badly. There is some concern, however, that auto sales might be close to, or at, a cyclical peak. Plus, the company has posted an annual free cash flow deficit more often than not over the past few years, and Marcato is outspoken and fairly aggressive in its desire for Goodyear to spend.

For these reasons, I wouldn't consider the dividend to be rock-solid. Regardless, the next payout is to be dispensed on Dec. 1 to investors of record as of Nov. 1. It yields a theoretical 1.2% on the current share price.

Veteran New England regional lender Washington Trust Bancorp (NASDAQ:WASH) has decided to add a penny to its quarterly payout, putting it at $0.37 per share.

That shakes out to a 3% raise and is the company's second increase this year -- the first was a 6% bump declared back in March.

Optimism seems to be in the air at Washington Trust, which is not shocking. After all, the bank isn't doing badly considering the current low interest rate environment.

In the company's Q2 it reported a record loans outstanding tally of $3.1 billion. That bumped total assets 7% higher on a year-over-year basis to $3.9 billion. Net income did fall, but not too steeply, by 4% to just over $11 million. 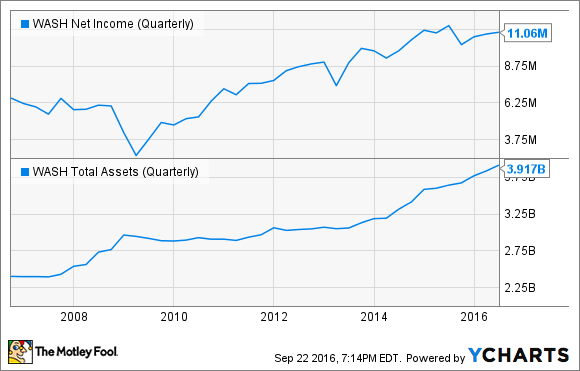 Washington Trust still has enough room within its free cash flow to pay out the dividend, particularly considering that this most recent raise is very modest. Zooming out a bit, the bank is a longtime dividend payer, so we can probably count on it at least maintaining the enhanced payout for the time being.

Washington Trust's new dividend will be paid on Oct. 14 to shareholders of record as of Oct. 3. At the latest closing share price, it would yield 3.5%. This is rather high for a sector that tends to be on the stingy side with its distributions.