If you travel to Europe often, then you know that many of America's best-known restaurant brands, such as McDonald's, Starbucks, and others, have made the leap across the pond. But there's one notable exception to this trend: Chipotle Mexican Grill (NYSE:CMG).

Of the chain's nearly 2,100 locations, only 27 of them are located outside the United States. And the majority of those -- 14, to be exact -- are in Canada. That leaves a baker's dozen that have thus far been opened in Europe, with the heaviest concentration in the United Kingdom. The good news for Chipotle investors is that this could soon change, as a recent announcement suggests that the company is on the verge of increasing its presence throughout Europe. This could give Chipotle much-needed growth as it continues to recover from a series of food-borne illness outbreaks in the United States last year that led its stock to lose approximately half of its value.

Chipotle said at the end of last week that it hired a managing director for its European operations. The person chosen for the job, Jim Slater, has made a career of building successful European brands, notes a Chipotle press release. Slater previously played leading roles in the expansion of Costa Coffee, Bombay Sapphire Gin, and Sunderland Association Football Club.

"Jim not only believes in our commitment to change the way people think about and eat fast food, but he also celebrates our vision of building teams of top performers empowered to achieve high standards," said Chipotle founder, chairman, and co-CEO Steve Ells. "We have great confidence in his abilities and expertise, and believe his leadership will help us enhance and grow our business in Europe."

The opportunity and Chipotle's commitment to grow in Europe was echoed by Slater. "Looking at the success of Chipotle in the U.S., I know the company has tremendous opportunity in Europe, and I look forward to continuing to develop the Chipotle brand in these markets," he noted in prepared remarks. 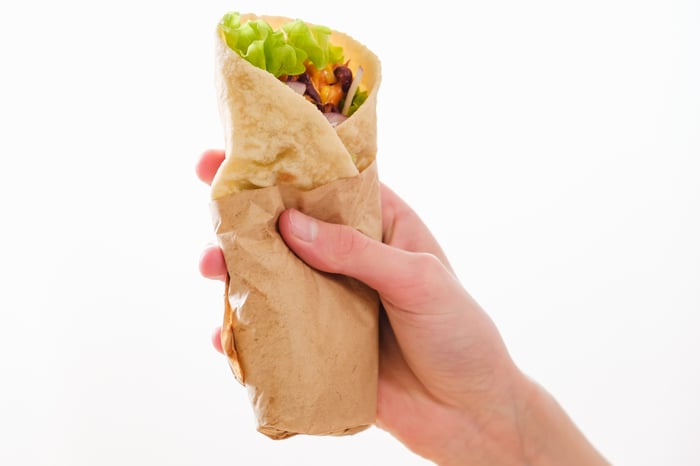 Will Europe embrace the burrito?

It remains to be seen whether customers in Europe will have the same appreciation for burritos as customers here in the United States. It's long been feared that they won't, which is partially confirmed by looking at the reviews of the Chipotle locations currently open in England and France. They get decent scores on Yelp, but a healthy share of the reviewers are Americans either traveling or living abroad.

The opportunity for Chipotle in Europe is thus present, now it's a question of whether the company can capitalize on it. Picking someone to spearhead the expansion, as Chipotle just did, is obviously the first step in this process.