According to reports, OPEC is going to cut production and work with non-members to stabilize the market. 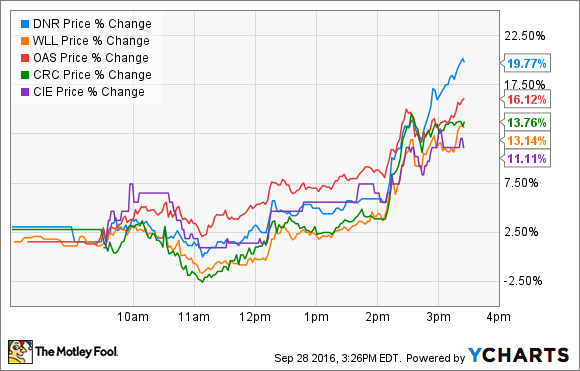 According to a report by Reuters, for the first time in eight years OPEC has agreed to cut production, with the deal's framework centered around a reduction in output from 33.24 million barrels per day to 32.5 million barrels per day. Driving that decline would be the return to the cartel's quota system, where each member will have a production ceiling. Furthermore, in addition to reducing its output, OPEC will reach out to non-member nations such as Russia to seek their cooperation in stabilizing production levels.

The deal should bring desperately needed stability back to the oil market, providing greater certainty for producers. California Resources, for example, doesn't have a set capex budget for this year. Instead, it is aligning investments with projected cash flow. As a result, California Resources noted that it "will monitor prices and cash flow throughout the year and retain flexibility to increase investments in drilling and capital workovers, to the extent crude oil prices show sustained improvement." Given OPEC's intervention, prices should show a steady improvement, enabling Califonia Resources to increase investments.

Those improving market conditions would, likewise, allow Bakken shale producers Whiting Petroleum and Oasis Petroleum to invest more confidently in additional wells needed to maintain and grow their output. Whiting Petroleum, for example, isn't even investing enough capital to keep its production flat this year for fear that oil prices would plunge again.

Meanwhile, balance-sheet-challenged producers like Denbury Resources and Cobalt International Energy should have greater financial flexibility as the oil market improves. In Cobalt International Energy's case, the company is trying to sell its offshore assets in Angola after a previous deal fell through. It now has a greater chance of selling those assets closer to fair value once stability returns to the oil market.

After several failed attempts, OPEC has finally put aside its differences and appears to be ready to step in to stabilize the oil market. That stability should help producers that found themselves financially strapped when the market went into a tailspin. They should have greater flexibility in the future to run their businesses without fear that prices could collapse once again.