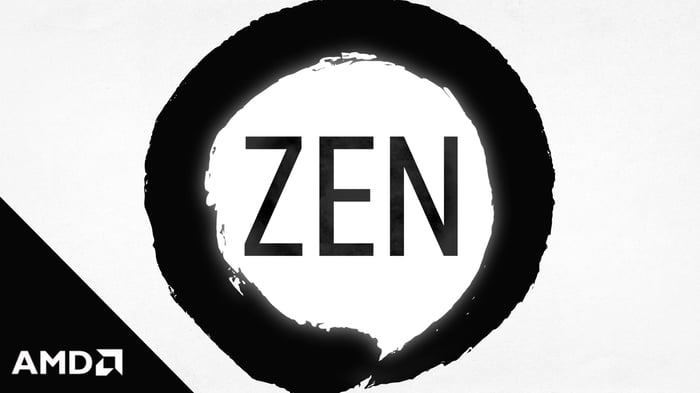 Advanced Micro Devices (NASDAQ:AMD) has made meaningful progress this year. It launched Polaris, its line of mainstream graphics cards that aim to win back market share from rival NVIDIA (NASDAQ:NVDA). Various financial maneuvers, including multiple joint ventures and a stock offering, have strengthened the company's balance sheet. And a return to non-GAAP operating profitability during the second quarter signaled that the worst may be over.

The second phase of AMD's comeback will begin next year. Zen, the company's upcoming CPU architecture, will launch early in the year, with PC variants coming first, followed by server variants, and finally APUs. Vega, AMD's upcoming high-end GPU, is expected to begin shipping in the first half of the year, with the goal of challenging NVIDIA in the high-end of the GPU market after years of playing second fiddle.

While AMD's turnaround seems to be picking up steam, both Zen and Vega will need to be successful for the company to reach its full potential.

Why Zen is important

Expectations are high leading up to Zen's release. AMD has promised significant performance improvements that should at the very least narrow the gap between its own products and those of Intel (NASDAQ:INTC). According to AMD, Zen will boost instructions per cycle by 40% compared to the previous generation of CPUs, a major increase enabled by a host of improvements. 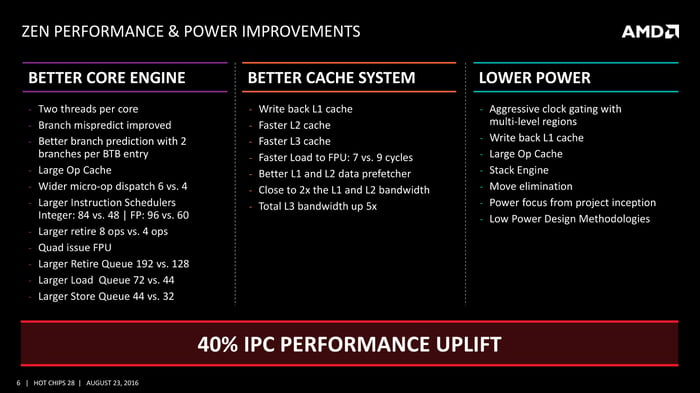 Winning back share in the PC market will be the first goal. Zen will focus on the high-end of the market at launch, with AMD aiming to peel away profitable market share from Intel. With the PC market as a whole continuing to slump, going after the high-end gives the company the best chance at returning to profitability.

The server market is equally important for AMD. Intel currently dominates the market for server CPUs, with AMD's market share essentially rounding down to zero. AMD estimates that the total addressable market is around $18 billion, so even clawing back 5% of the market from Intel would significantly boost AMD's top line. Intel won't give up market share without a fight, but AMD's server business can't really get any worse.

Zen doesn't need to be better than Intel's products for AMD to win back some market share, but it does need to close the performance gap. If Zen lives up to the hype, AMD's turnaround will continue to gain momentum. If it doesn't, returning to sustainable profitability will be tough.

Why Vega is important

While Polaris aims squarely at the mainstream portion of the graphics card market, Vega, which is expected to launch during the first half of 2017, will be AMD's re-entry into the high-end of the market. Ever since NVIDIA launched the GTX 970 and GTX 980 in late 2014, the company has dominated the market for expensive, and highly profitable, graphics cards. Vega will be AMD's attempt to appeal to the high-end gaming PC market.

NVIDIA has a head start, launching the GTX 1070 and GTX 1080 earlier this year. Higher-end variants are expected to be released in the coming months as well, including a rumored GTX 1080 Ti. NVIDIA's next-gen GPU, Volta, is unlikely to be launched earlier than the second half of 2017, but AMD's Vega will be launching into a market dominated by NVIDIA.

Vega will need to be disruptive in order to pry away high-end market share from NVIDIA. If AMD succeeds in producing a viable challenger to NVIDIA's high-end cards, the company's graphics business could become more profitable compared to a scenario where the company only succeeds in winning back mainstream market share.

For AMD, 2016 was important, but 2017 will be a critical year as well. The fate of AMD's nascent turnaround will be determined by the success of Zen and Vega.