Please ensure Javascript is enabled for purposes of website accessibility
Log In Help Join The Motley Fool
Free Article Join Over 1 Million Premium Members And Get More In-Depth Stock Guidance and Research
By Bradley Seth McNew - Updated Sep 13, 2018 at 11:28AM

The long-awaited divestiture of 41 brands is finally complete. This has already proven good in the short term, but could be even better in the long term.

Procter & Gamble (PG 0.06%) officially completed the sale of 41 beauty brands to competitor Coty (COTY -1.88%) on Sept. 30, a deal that has been inked since summer 2015. The deal had far more investor interest than was anticipated, and P&G stock hit an all-time high of $90 per share on that day. Here's why the deal was a success in the short term, but looks even better in the long term.

The $11.4 billion deal was a stock swap between the two companies in which P&G investors were allowed to choose if they wanted to tender all or part of their shares into the new company, called Galleria, that will later convert to shares of Coty stock. In the swap, P&G sold off most of its fragrances, salon, cosmetics, and hair-color businesses, including big-name brands like CoverGirl and Clairol. Coty will also take over eight P&G factories and around 10,000 workers, as well as about $2 billion in debt.

P&G needed its shareholders to offer up about 100 million shares for conversion, and to make sure it reached that goal, priced the offer at a 7% discount of what the Coty shares were selling for that day. Shareholders combined offered more than 691 million P&G shares for the requested tender -- far more than expected or needed. Now that the sale is complete, P&G will accept the tender offer of about 105 million shares for a total value (including the debt portion) of $11.4 billion. 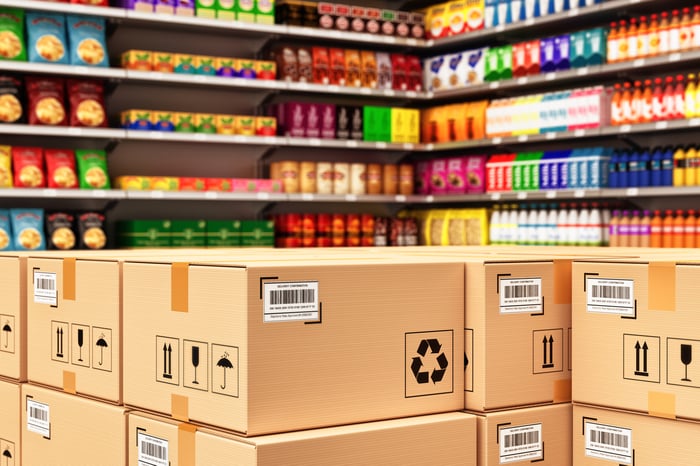 Why the beauty segment was on the chopping block

At one point, P&G owned nearly 170 brands. To spur faster earnings growth, management initiated regrowth strategy in 2014 with one overarching goal -- streamlining operations to focus only on the brands with the highest earnings value. Many brands have already been sold off, including some big names like Duracell batteries, which went to Berkshire Hathaway (BRK.A 0.10%)(BRK.B -0.03%) earlier this year.

The chart below shows how each of P&G's five segments performed in fiscal year 2016, which ended June 30. P&G's beauty segment was one of its worst-performing areas by sales and organic volume. With this huge sale of brands to Coty, the beauty segment, which was the company's third largest, will become its smallest. By divesting much of this segment, P&G will be able to redirect its efforts, as well as the cash from the deal, to focus on its more successful brands.

Reason to bet on P&G?

"Now looking forward, we continue to focus on large opportunities that should be within our control," said Chief Financial Officer Jon R. Moeller in the 2016 year-end earnings call, adding, "executing what is the largest transformation in our company's history: reaccelerating top line growth with strengthened category business models. ... This transformation is aimed at delivering balanced top and bottom line growth and leadership value creation."

So far, P&G's strategy seems to be working, and could get much better from here. Sales for the fiscal year 2016, which ended June 30, dropped from $70 billion to $65 billion as some brands were discontinued, but net income increased 50% year over year.

For fiscal year 2017, P&G management has forecast organic sales to grow around 2% companywide, and for earnings per share to grow around 50%. Much of that increase is due to the sale of the 41 brands to Coty. However, with plans for another $10 billion in cost cuts over the next five years, and focusing only on the highest-performing segments, P&G should be able to drive earnings growth for years to come.