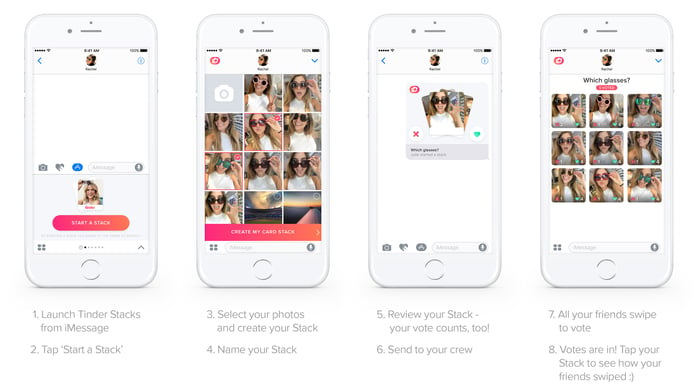 Match Group's (NASDAQ:MTCH) Tinder, the popular location-based dating app, seems to be taking that concept a step further with an investment in Hey! VINA, a friend-finding app for women. Hey! VINA's website says it's "connecting awesome women for fun, work, for life."

Tinder participated in a $1.4 million seed funding round recently and agreed to offer mentoring and potential collaboration in addition to investing a meaningful amount. The site has been overwhelmingly popular since it launched, trending on the App Store within seven days of its launch attracting 100,000 members within two weeks -- and garnering widespread media attention.

A partnership with an app like Hey! VINA could be a complement to Tinder since the start-up was created by women who found that when they went to networking events, they were more likely to be hit on by men than to make business contacts. They first made a women-only networking group, which then evolved into the fast-growing app. And as online social-networking become more popular, apps like Hey! VINA should continue to grow. Tinder CEO Sean Rad told TechCrunch:

In our research, it's clear that many of our users want a product that functions the same way as Tinder but helps them find friends instead. We invested in Vina because I've been thinking about this space, about social introduction as a broader theme, for a very long time.

In recent weeks, Tinder has taken other steps to extend its brand, launching Tinder Stacks and Tinder Boost.

Tinder Stacks seems to borrow from CEO Rad's idea that users are interested in applying Tinder-style functions beyond dating. The app for iMessage allows members to use Tinder-like swiping for any kind of decision.

The tool will allow groups of friends to vote on a restaurant to go to, for example, or which photo to post from the night before, or which outfit to wear.

With Tinder Boost, the company is doubling down on its paid membership model. Boost offers Tinder users the opportunity to pay to get to the front of the line for 30 minutes. With over 50 million people competing for each other's attention on the app, paying extra to get more eyeballs should make sense to some users, and Tinder said in a blog post that the new feature can increase profile views by as much as 10 times.

Tinder is now testing Boost in Australia, but it hopes "to get the whole world boosting soon." It's unclear right now how much a boost will cost users.

With those three moves in the last two weeks as well as a new partnership with Spotify, Tinder is clearly a company on the move. Boost would seem to have the potential to make the most immediate impact on the bottom line, and it could prove to be even more popular than Tinder Plus. Tinder Plus works on a subscription model and has already garnered more than 1 million paid members. Boost -- as a one-off payment -- caters to an impulsive need rather than a regular payment commitment, and could therefore be far more popular.

The explosive growth of Hey! VINA also reflects on the company's potential ability to foster other connection-based apps, giving Match a growth opportunity beyond the Tinder nameplate.

One thing is clear. Expect the popular dating app to find new ways to extend its reach into the dating and social networking world, whether it's under the Tinder umbrella or outside of it.

Tinder Is Branching Out @themotleyfool #stocks $MTCH Next Article
Current