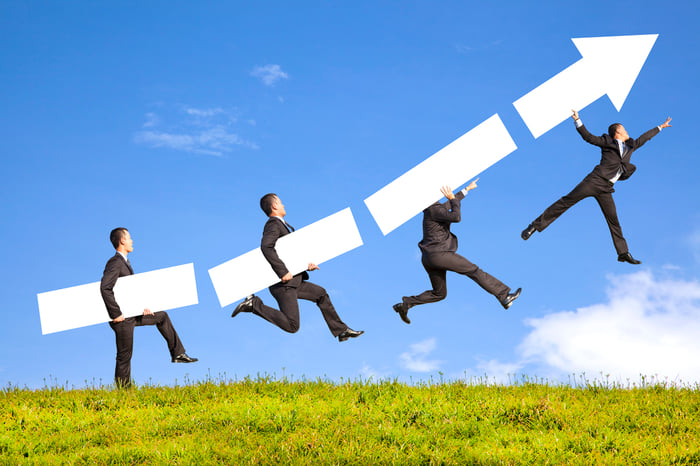 Shares of bluebird bio, Inc. (NASDAQ:BLUE) a clinical-stage biotech developing gene therapies, caught an updraft last month. The stock rose 37.4% in October, according to data from S&P Global Market Intelligence, after announcing the start of a phase 3 trial with improvements to its lead candidate's manufacturing process. 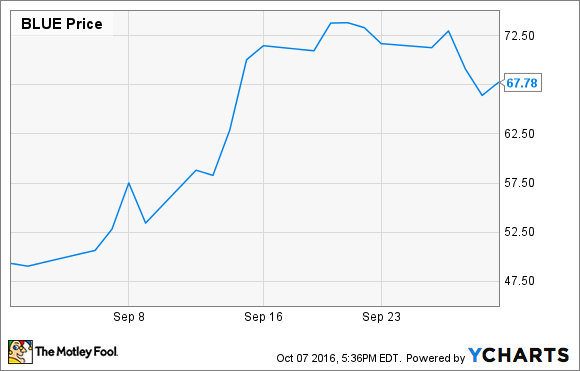 The market cheered for the beginning of a phase 3 trial with LentiGlobin in 15 patients with beta-thalassemia disease serious enough to require frequent blood transfusions, but not the most severe form of the disease.

Beta-thalassemia and sickle cell patients suffer from a lack of functional hemoglobin. The LentiGlobin "manufacturing process" is much different than most drugs. It involves removing stem cells, then inserting functional copies of a hemoglobin gene into the cells before reintroducing them to the same patients. The enhanced process is intended to increase the amount of hemoglobin produced by the reintroduced stem cells.

The trial is designed to support an application, and tweaks to the manufacturing process should give it a better chance of succeeding. In addition, the FDA's willingness to allow the trial to begin with the enhanced process under the same investigational new drug application will save bluebird bio a lot of time and money.

Frequent blood transfusions are a standard treatment for beta-thalassemia and sickle-cell patients, but they cause painful side effects at an enormous, lifelong expense. If successful, LentiGlobin could offer these patients a one-time cure.

The phase 3 trial's main goal is 12 months of blood transfusion independence following patient transplants. Late last year, bluebird bio showed showed a majority of patients similar to those in the new phase 3 trial achieved this goal. That was before the process tweaks, and the observation period for patients that didn't hit the goal wasn't long enough.

The company is expected to present more data from the same trials, with longer observation periods, at the American Society of Hematology conference this December. If the results suggest hitting the phase 3 trial's main objective is likely, the stock could soar even higher.