Facebook's (NASDAQ:FB) core business model is fairly easy to understand. It generates most of its revenue from targeted ads, which are customized from data mined from its users' social interactions. That business has been booming, boosting Facebook's revenue by 58% in 2014 and 44% in 2015. 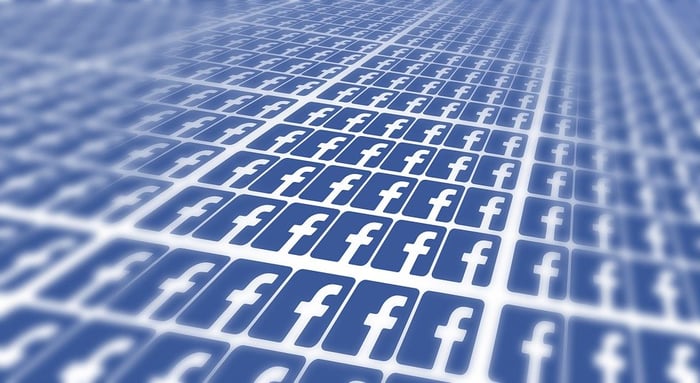 But further ahead, we can see that Facebook is expanding into new markets to become much more than a social network. Let's examine three of the most exciting opportunities and how they could help Facebook evolve over the next few years.

Earlier this year, Facebook integrated chatbots directly into its stand-alone Messenger app. These bots enable customers to have automated conversations with customers instead of using traditional apps. Facebook is also expanding the same technology into smart homes with Jarvis, an upcoming in-home AI assistant that could be similar to Amazon's Echo.

Facebook's AI efforts are aimed at disrupting Alphabet's (NASDAQ:GOOG) (NASDAQ:GOOGL) dominance of the internet with its top search engines, browsers, and mobile operating systems. Instead of competing against Alphabet's Google in those markets to mine data, Facebook is simply improving the tools for mining the data of its 1.7 billion monthly active users. The better those tools become, the more relevant Facebook's ads become when compared to Google's search-based ads.

Facebook's decision to force users to install the stand-alone Messenger app was controversial at first, but it was necessary to expand its abilities as a stand-alone platform. Taking a cue from monolithic Asian chat apps like Line and Tencent's WeChat, Facebook added stickers, apps, mobile payments, chatbots, and group chats to the app. 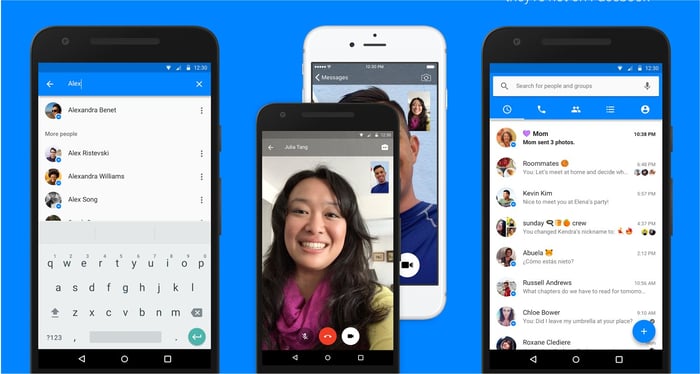 Facebook also introduced Messenger for Business, which enables companies to open a live customer service chat channel to address problems. Businesses can choose whether they want a human customer service or chatbot on the other end. Customers can also use the channel to receive shipping notifications for incoming orders. It also launched M, a Siri-like assistant for Messenger, last year.

Facebook even lets users sign up for Messenger without a Facebook account -- which helps it tether users who are only interested in sending and receiving messages to its ecosystem. Messenger already has over 1 billion monthly active users, so expanding the app's reach could unlock new sources of fresh revenue.

Two years ago, Facebook acquired Oculus VR for $2 billion. Earlier this year, it launched the Oculus Rift, the company's eagerly anticipated VR headset for PCs. Unfortunately, a recent Steam survey found that just 0.1% of its users owned a Rift, likely due to its $600 price tag, high PC requirements, and and limited software library. However, CEO Mark Zuckerberg -- who once called VR the "next major computing and communication platform" -- has some ambitious long-term plans.

Oculus Home -- the device's app, video, and content portal -- already generates revenue for Facebook via a 30% cut of all sales. Several social games, which allow Oculus users to play VR games with each other, offer us a glimpse at how Facebook users might eventually visit each other's profiles in VR. Oculus Story Studio, its in-house VR movie studio, recently won an Emmy with its animated VR short Henry.

Zuckerberg once suggested that in the future, people might be "enjoying a courtside seat at a game, studying in a classroom of students and teachers all over the world, or consulting with a doctor face-to-face -- just by putting on goggles in your home." If that happens, Facebook would certainly have a first mover's advantage in this fledgling market.

AI, Messenger, and VR all represent key ways that Facebook could evolve into a diversified tech giant. That growth trajectory indicates that even though Facebook shares have soared 230% since its IPO in May 2012, it could still have a lot of room to run over the next few years.