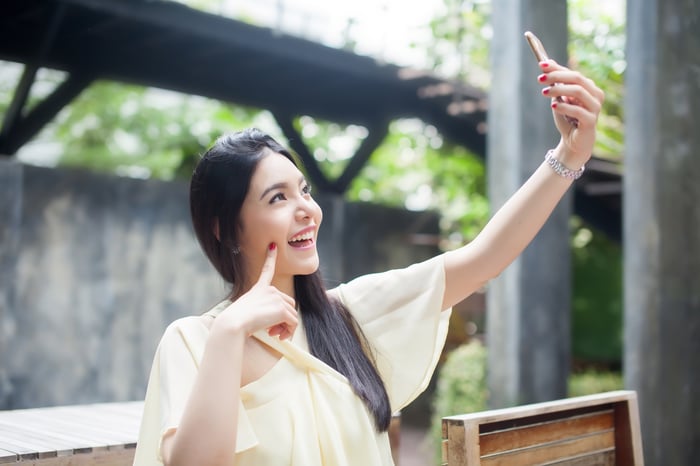 As Snapchat gears up for a probable IPO next year, the company is making some changes. The first was its recent name rebranding to Snap Inc. (the Snapchat app keeps its name) to better distinguish the company from the app.

But Snap recently made an even more important change. Recode recently reported that the company is transitioning its content partners away from a system of sharing advertising revenue and establishing licensing fees.

Essentially, Snap will buy content from its partners by paying them an up-front, set fee. It's similar to the way cable companies buy programming from content creators and then sell ads against it. For Snap, the new system means that the company will control all of the ad revenue the Snapchat app makes.

The company's content partners clearly have something to lose in this setup, considering that they'll only earn a set amount and will have to pass up the revenue sharing they used to get. But if you think that content creators will want to jump ship because of this, think again.

Why publishers will stick with Snapchat

It's easy to see why Snap would do this. It gives the company potentially more ad revenue, allowing it to benefit from the strong messaging platform that it's been building over the past few years.

But even though Snap is shutting down its ad-revenue-sharing program, there's little reason to believe that current content producers are going to flee from the platform.

I've highlighted the below statistics in a recent Snapchat article, but they bear repeating as they prove just how valuable Snapchat is to content makers:

It's also worth mentioning that Snap's new licensing deal isn't exactly new territory for content creators. Recode pointed out that both Apple and Facebook (NASDAQ:FB) use similar models. So, more likely than not, Snapchat's content creators are using a similar model with other major platforms.

Snap is expected to go public sometime in the spring of next year, with most rumors putting the timing around March. It's likely that the changes to its advertising plans are to ensure that the company earns the most money possible from its platform.

Revenue for the company is expected to be between $250 million and $350 million this year, and could reach $500 million to $1 billion next year.

So far, it appears Snapchat's advertising model is doing well. Its ads are viewed between 500,000 and 1 million times every day, and the company says the average swipe-up rate (how users interact with the ad) is five times higher than click-through rates on social media platforms.

With the new licensing structure, Snap is setting itself up to better benefit from its popular messaging app, and future Snap investors could likely benefit from that decision as well.