Despite the fact that we're approaching the end of the year, shares of Citigroup (NYSE:C) remain in the red, down over 3% since the beginning of 2016. What's behind the drop? The answer is threefold. 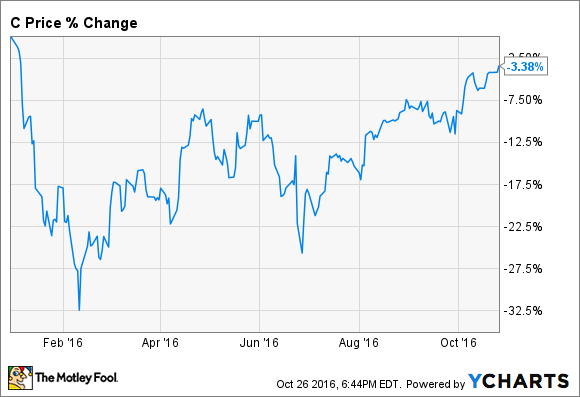 In the first case, all banks are operating in an unusually inhospitable environment right now. Higher regulatory and compliance costs related to the 2010 Dodd-Frank Act play an obvious role in that. But the biggest culprit are ultralow interest rates.

Ever since the financial crisis eight years ago, the Federal Reserve has kept the benchmark Fed Funds rate hovering near 0%. Because all other interest rates take a cue from this, it has driven down the yield on bank loan portfolios. 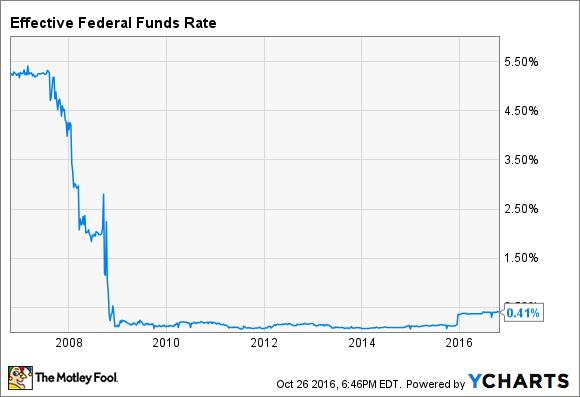 In Citigroup's case, it estimates that an increase of only 100 basis points, or 1 percentage point, in short- and long-term rates would boost its net interest revenue by $2 billion. That would make a meaningful difference for a bank that earns less than $4 billion a quarter. Split among four quarters, it would increase Citigroup's net income by around 13%.

The second thing that's weighed on Citigroup's shares this year has been geopolitical uncertainty, and specifically tied to the United Kingdom's pending exit from the European Union. When it became clear early in the first quarter that the U.K. would hold a referendum over whether to remain in the union, the increase in uncertainty caused institutional investors to back away from the financial markets.

This may not seem like a bad thing for a bank, but the largest lenders, Citigroup among them, also derive a significant amount of revenue from market making -- that is, helping their clients buy and sell financial assets. By staying on the sidelines, then, these clients triggered a 15% drop in Citigroup's trading revenue.

As Citigroup CEO Michael Corbat readily acknowledged on the first-quarter conference call: "These results reflect a difficult macro environment which was more challenging than we anticipated when we entered the year."

The issue compounded in June when the referendum took place and passed, meaning that the U.K. would in fact exit the EU. This sent shares of bank stocks, many of which had made up lost ground since February, down once again.

A sharp decline in oil and natural gas prices also weighed heavily on Citigroup's shares this year, particularly in the first quarter. Energy prices reached their low point in February, with oil dropping below $30 a barrel for the first time in over a decade. 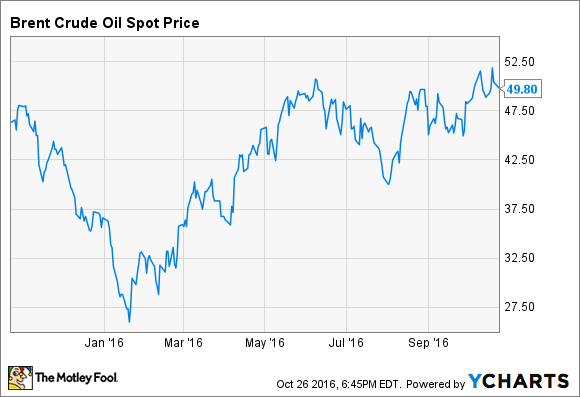 In sum, due to a combination of these three factors, bank stocks across the board have struggled to get into positive territory this year. And Citigroup has obviously not been an exception to that.