Please ensure Javascript is enabled for purposes of website accessibility
Log In Help Join The Motley Fool
Free Article Join Over 1 Million Premium Members And Get More In-Depth Stock Guidance and Research
By Rich Duprey – Nov 6, 2016 at 10:43AM

Clinton says a clean energy future for the U.S. will provide good jobs and protect the environment.

There's little doubt the presidential campaign has become an even more wild and woolly affair in the past week or so, but in just a couple days the election will be over. Americans will have to choose whether Democratic nominee Hillary Clinton or Republican candidate Donald Trump will be the 45th president of the United States.

And the decision is not inconsequential, because whoever it is that takes the oath of office on Jan. 20, he or she will eventually be signing into law policies that will have a direct impact on you and your investments. Today, we'll take a brief look at four ways Hillary Clinton intends to directly affect the energy markets if she ascends to the Oval Office.

Pointing to the drought in California and flooding that's occurred in Miami and Annapolis, Clinton says her first day in office will be characterized by setting "bold, national goals that will be achieved within 10 years" of taking office. But she says it's not a top-down approach she's advocating, but rather one that also requires participation from states and local communities, whether they're urban, suburban, or rural. 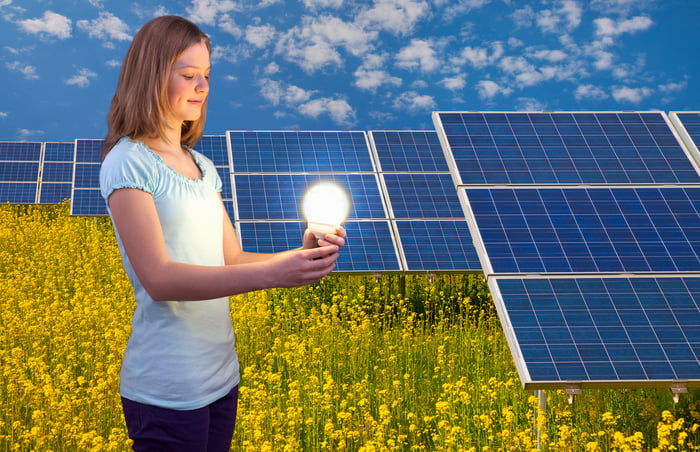 2. Invest in clean energy and manufacturing

With the goal of making the U.S. a 21st century "clean-energy superpower," Clinton calls for modernizing the nation's electric grid while paving the way for renewable energy and transmission projects by expediting the permitting process.

According to the Energy Department, the aging grid costs the economy between $18 billion and $33 billion every year in lost output and wages, spoiled inventory, delayed production, and damage to infrastructure.

Clinton says she will also make good on the U.S. commitment to double investment in clean energy innovations that was set down at the Paris climate change talks last year. She promises to invest $10 billion in "Make It in America Partnerships" to develop domestic clean energy and advanced vehicle manufacturing as a means of creating jobs and bringing new innovations to market.

3. Help transition to a clean-energy economy 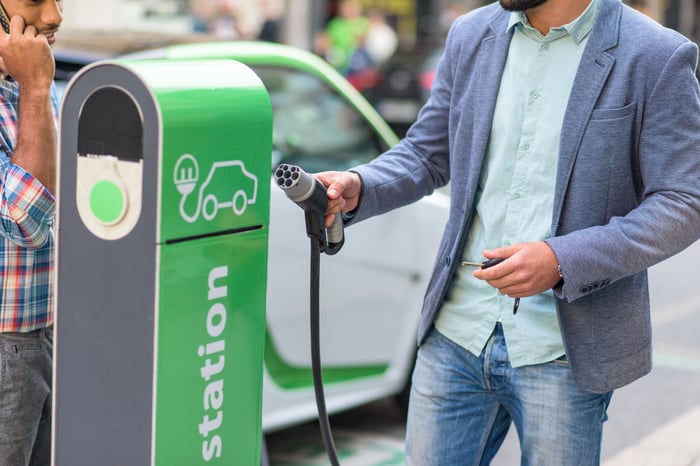 Clinton made waves earlier this year when she was quoted as saying, "We're going to put a lot of coal miners and coal companies out of business,"
a statement that was all too similar to the one President Obama made when he was first campaigning for office about bankrupting coal companies. Since then, dozens of coal miners have gone belly up as cheap natural gas has assumed a greater share of energy delivered in the U.S. Globally, renewable forms of energy, led by solar power and wind, have overtaken coal as the world's largest source of installed power capacity.

Clinton, though, insists she was referring to transitioning coal-country regions of the U.S. away from mining and directing them toward cleaner pursuits. Her plan includes a $30 billion program that would encourage clean-energy development in their communities, but paying them benefits while the changeover occurs. A new Coal Communities Challenge Fund to support locally driven economic development strategies would also be created.

4. Focus on pollution and energy-efficiency standards

Clinton says her proposals will help the U.S. meet or exceed the Paris Climate Agreement protocols for its pollution reduction commitments. It will put the country on track to deliver a reduction of more than 80% of U.S. greenhouse gas emissions by 2050. Climate change will also become a continentwide priority of her administration as she forges a new North American Climate Compact.

The result will alter how investors look at the companies that operate in legacy industries, as well as those that would benefit from the creation of these expanded or new energy-efficiency programs.

Anything can happen between now and Nov. 8, when voters go to the polls, but it's important that voters have a clear understanding of what they're voting for when they enter the polling booth, as the ramifications of their decision will be far-ranging when they come out.