If you were expecting the third quarter of 2016 to be when Plug Power (NASDAQ:PLUG) finally went from hemorrhaging money to raking it in, you'll have a little longer to wait. Financial results released early Monday show a business that's still struggling to reach a sustainable level, and it could have more struggles ahead. 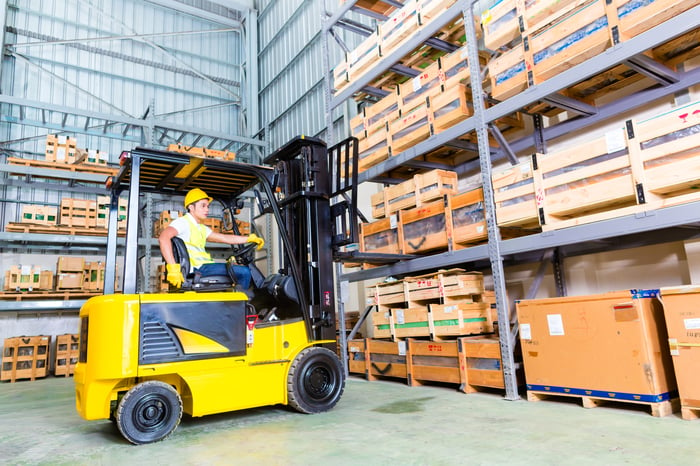 Service revenue did rise 34% to $4.8 million, and power purchase agreement revenue more than doubled to $3.9 million. But combined, the two segments generated a negative gross margin. As the two components of the business that could bring it consistent long-term revenue and higher margins, this is troubling to say the least.

Management will point to the $170 million of bookings year-to-date and the estimated $275 million in bookings for the year as bright signs. But the reality is that bookings are a deceptive way to show value in power purchase agreements, and the rate of installation growth is actually slowing.

You can see below that between Q2 2015 and Q4 2015, the company deployed 1,200 GenDrive units per quarter. Instead of accelerating in 2016, the rate of installation has fallen to 900 units per quarter. That doesn't show the increased adoption rate that management would like to portray. 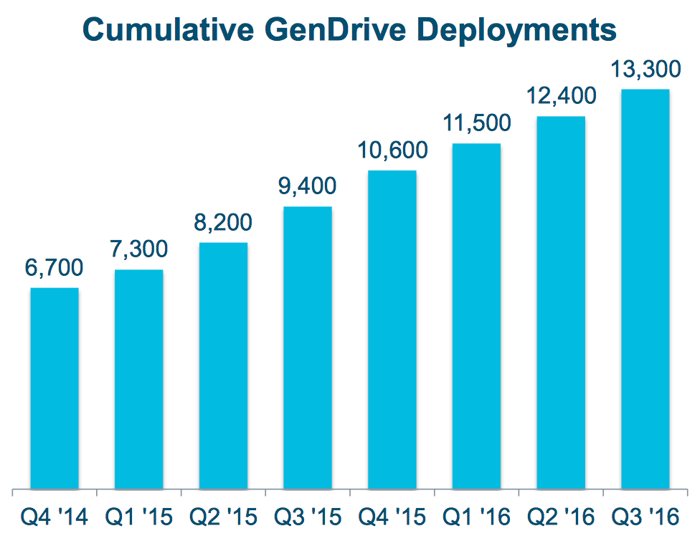 With the introduction of power purchase agreement financing in early 2016, Plug Power tied itself to the subsidies in alternative energies, as well as the need for low-cost financing. So far, the investment tax credit hasn't been extended to fuel cells, although it might be in the future. And that's leaving millions in cash on the table.

Losing money isn't in and of itself bad news, but when it's tied to a plunging stock price (now in the low single digits) and the need for financing, it can mean trouble. The low stock price will make it harder for management to raise capital when it's needed, and dilute current shareholders if they do. And since the business doesn't seem to be on sustainable footing today, it will likely need capital in the next year or two.

Plug Power has been touting future growth for years now, but that potential hasn't turned into reality yet, and the company is still losing millions of dollars quarter after quarter. That's not a good investment case right now.