The regulatory agency's new rules are a huge threat to e-cig's survival, but this hidden danger may be even bigger.

As if the FDA's new "deeming regulations" weren't going to cause enough damage to the electronic-cigarette industry, there's apparently a new risk associated with the smoking alternative that could burn their manufacturers. According to reports, e-cigs seem to have a penchant for exploding, causing burns and injuries to their users. 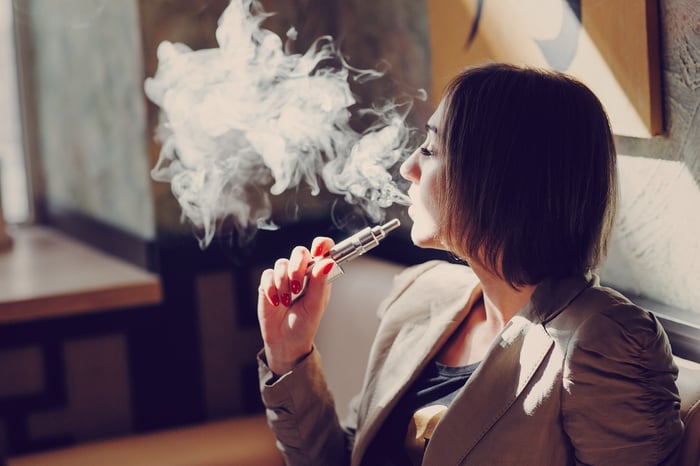 Electronic-cigarette manufacturers have been fighting numerous figurative fires, from FDA regulations to health concerns, but with their popularity has come a potentially even bigger risk. Image source: Getty Images.

E-cigs have been on fire

Electronic cigarettes have enjoyed explosive growth. Since 2012, the Tobacco Merchants Association says sales quadrupled to $2 billion in 2015, and Wells Fargo expects them to hit $4 billion this year. Yet the industry could be in for a substantial decline.

The new regulations treat e-cigs and vapor products just the same as combustible cigarettes, even though they contain no tobacco. Most devices are powered by a battery that heats a liquid nicotine solution to create a vapor, not smoke, that is then inhaled. Tobacco itself isn't burned, and that's where the vast majority of toxic chemicals associated with smoking are created.

Even with the next generation of e-cigs being developed that do use tobacco, it's only being used for flavor. Both the Marlboro-Brand HeatSticks from Philip Morris International (PM 1.80%) and British American Tobacco's (BTI 0.98%) new iFuse heat up a liquid to create a vapor, which is then drawn through real tobacco to give it the taste smokers have been looking for. 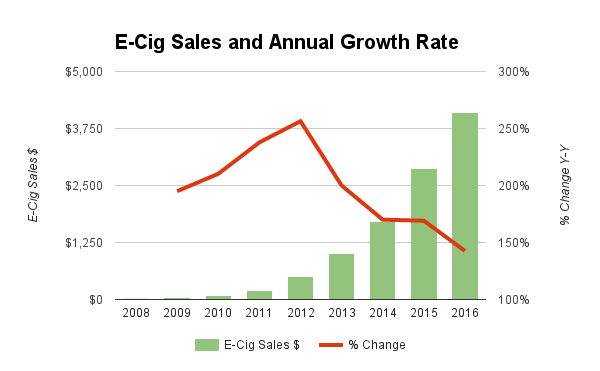 A heavy burden on the industry

All of the above is of no consequence to the FDA, which treats e-cigs just like regular cigarettes anyway. The regulations will be so onerous and costly, that it's expected only the largest tobacco companies will be able to comply. Even by the agency's own estimates, it will cost e-cig manufacturers several hundred thousands of dollars per product and take 5,000 hours to comply. Third-party estimates, however, put the cost closer to $3 million to $20 million per product.

Additionally e-cig makers have to register with the FDA, after which the regulatory agency will begin a two-year review of their products and determine those that will be allowed to survive and which ones will be banned. Vape store owners expect that within two years, the industry will be destroyed.

While there was a rush by manufacturers to get new products onto the market before the changes went into effect, it's still expected that whatever growth the industry might have enjoyed will eventually be wiped out by strict regulations. 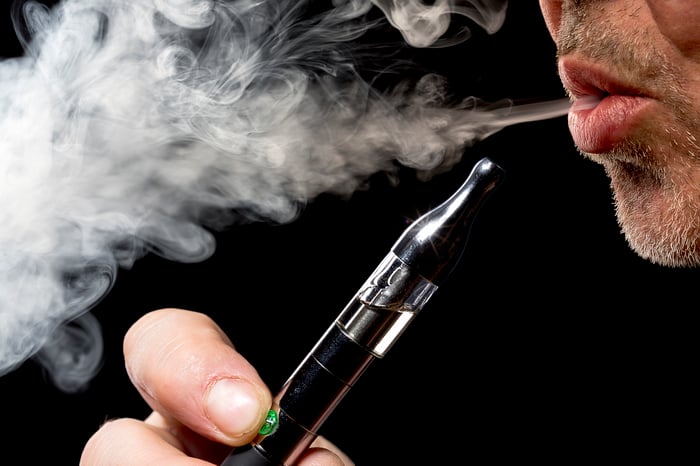 A burning question on safety

But the industry has a more immediate problem to contend with. It appears the lithium-ion batteries used to power these devices have the potential to explode.

Earlier this year there was a spate of news stories reporting incidents of e-cig users who were injured by exploding batteries. Although the Tobacco Vapor Electronic Cigarette Association admits such incidents can happen, it maintains their occurrence is rare and preventable: Only use the chargers that come with the device, and don't put them in your pocket, since coins can cause short-circuiting.

It's a well-documented phenomenon that other devices such as laptops and cellphones that use lithium-ion batteries to power them are also susceptible to fire and explosions. Most U.S. airlines ended up banning the batteries as cargo on passenger flights because of the risks associated with them, and the U.S. Postal Service banned hoverboards from being shipped by airplane because their batteries reportedly overheated and caused fires.

Most recently, Samsung just stopped production on and recalled every single Galaxy Note 7 smartphone manufactured -- some 1 million total -- because of numerous reports they caught fire while charging.

Electronic cigarettes, however, may have a greater propensity for combustibility. The U.S. Fire Administration says the shape and design of electronic cigarettes "make them more likely than other products with lithium-ion batteries to behave like 'flaming rockets' when a battery fails." 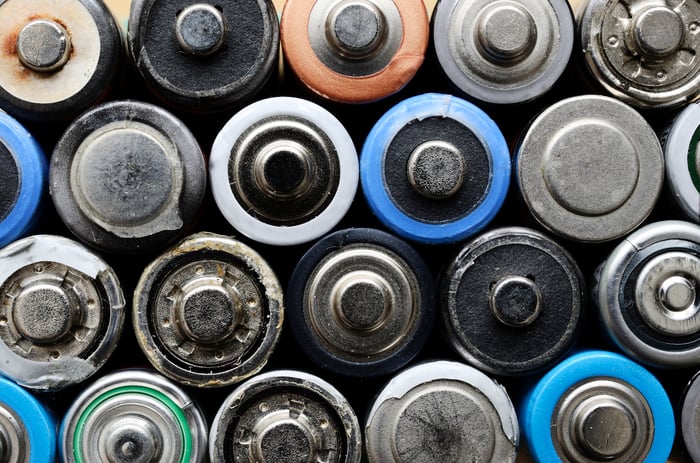 The culprit seems to be the lithium-ion batteries that can overheat, catch fire, or even explode, resulting in injury or death. Image source: Getty Images.

And because of their prevalence, such incidents are happening more frequently. Between October 2015 and June 2016, the University of Washington Medical Center in Seattle treated 15 patients for injuries from exploding e-cigarettes. In comparison, during the five-year period between 2009 and 2014, it treated just 25 such injuries.

According to a comprehensive list of incidents compiled by industry site eCig One, there have been at least 193 explosions reported since 2009, of which 121, or 62%, have resulted in injury or death.

While that still means e-cig explosions remain few and far between -- considering the millions of people using them on a daily basis, the relative handful of incidents is small -- it's a problem the industry doesn't need.

Electronic cigarettes and personal vaping devices are increasingly being treated like cigarettes in social settings, with users being banned from vaping in public places just like tobacco users, or relegated to segregated areas. And not just in the U.S., but in Europe and Asia, too, the regulations are becoming more strict. The Philippines just enacted a complete ban on smoking in public, one that includes e-cigs.

Because of concerns about quality and taste (hence the reason Philip Morris and British American use real tobacco for flavor), the growth trajectory of the devices has already declined significantly. After years of triple-digit growth, e-cig sales fell 6% in the first quarter of 2016.

If exploding e-cigs become any more of a phenomenon, that could stub out any chance of survival for the industry, even before the FDA regulations have an opportunity to wreak havoc.