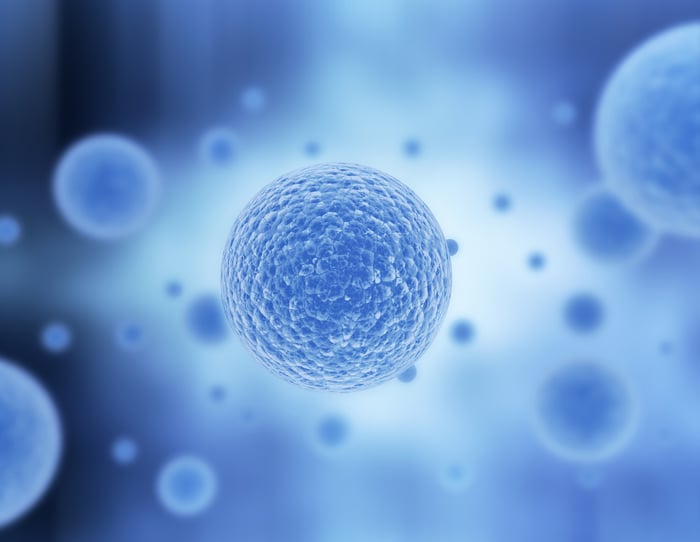 Shares of the gene-therapy company bluebird bio, Inc. (NASDAQ:BLUE) were flat out routed in October, dropping by more than 35%, according to data from S&P Global Market Intelligence. Bluebird's sizable downturn even outpaced the broader and fairly steep pullback among biotechs at large last month, as evinced by the double-digit drop in the iShares Nasdaq Biotechnology ETF (NASDAQ:IBB). 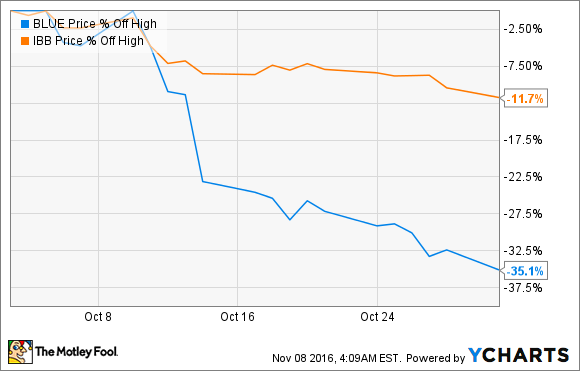 The biotech's plunge last month seems to have been sparked by a negative reaction among investors toward the company's analyst and investor day on Oct. 13. Although Bluebird didn't release any earth-shattering news -- negative or otherwise -- investors were apparently hoping for a near-term catalyst to emerge from this presentation.

The notion that Bluebird was about to unveil a major clinical update at its analyst and investor day is somewhat puzzling, despite the fact that company is scheduled to discuss its lead gene therapy, LentiGlobin, for the inherited blood disorders beta thalassemia and sickle-cell disease at the upcoming American Society of Hematology (ASH) meeting this December. After all, the biotech recently modified its manufacturing process in order to increase the transduction efficiency (percentage of cells that take in the foreign DNA) of its gene therapy program. In other words, the forthcoming ASH presentations for LentiGlobin are based on the older, less efficient process, meaning that these data are going to be far from definitive.

Bluebird is working diligently at refining its gene therapy platform, and that's the good news. The bad news is that this process will take time to unfold. So, in the meantime, investors arguably shouldn't get too down about LentiGlobin's less-than-impressive clinical data for sickle cell disease that was released last week. These data, after all, were based on the older manufacturing process. Having said that, bluebird is destined to remain a highly volatile equity until it reaches the commercial stage of its life cycle. So, this clinical-stage biotech stock probably doesn't belong in your portfolio unless you are comfortable with wild swings in share price over exceedingly short periods of time.