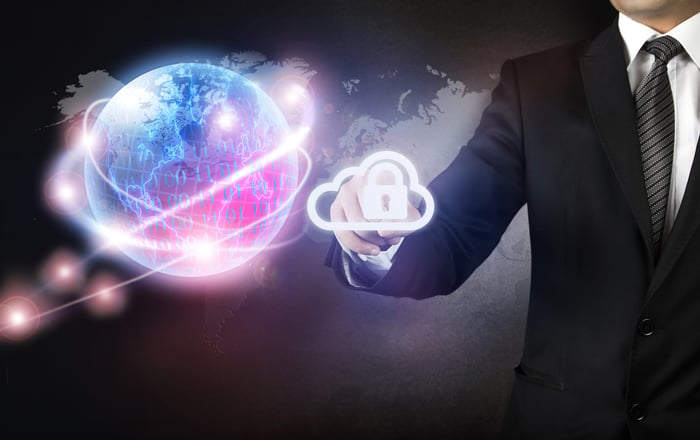 Shares of Fortinet (NASDAQ:FTNT) fell 13.2% in October, according to data from S&P Global Market Intelligence. The network security expert's stock chart tripped over a preliminary third-quarter earnings report and never got back up.

On the evening of Oct. 11, Fortinet released a preliminary view of its then-upcoming third-quarter report. The midpoint of management's billings guidance moved down from $374 million to $345 million. Revenue targets slid down from $322 million to $313 million and adjusted earnings per share dropped from $0.18 to $0.16.

Showing a stiff upper lip, Fortinet tripled its share buyback authorization to $300 million. But investors ignored that attempted show of strength and share prices tumbled 12% lower the next day.

Two weeks later, the final report improved slightly on the preliminary revenue and earnings figures but billings stayed in place. The stock hardly moved on that update. 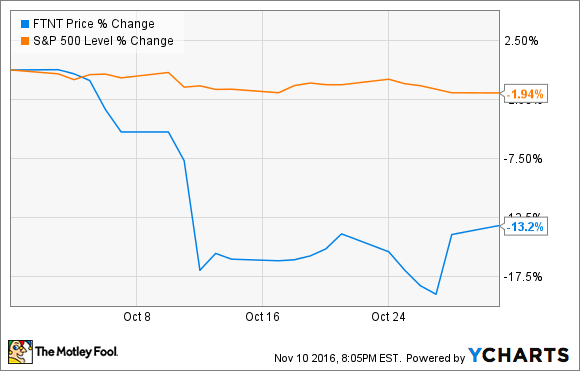 Fortinet CEO Ken Xie explained the weak results with longer sales cycles and a difficult selling environment. The company is shifting its focus toward larger enterprises these days, which comes with new sales challenges. The big boys tend to run their security tools through longer and stricter testing processes, and Fortinet is still getting used to this slower selling approach.

Moreover, the increasing use of cloud computing tools is lengthening the testing cycles from the client's point of view -- everybody is learning how to run a secure cloud environment, and the stakes are too high to risk a rushed approach.

The same cloud-based trend could bring long-term growth to Fortinet, which happens to be one of very few security specialists in that particular field.

But in October, the promise of success next year and beyond was overshadowed by the immediate pain this market shift brings.