Tobacco giant Philip Morris International (NYSE:PM) has thrived since its birth as an independent company by taking full advantage of world-known cigarette brands like Marlboro to drive tobacco sales. Yet despite its success with traditional cigarettes, Philip Morris has been quite forward-thinking in acknowledging the key role that reduced-risk products will have in its long-term strategic plan for the future, and the early results of its iQOS heat-not-burn tobacco technology have been quite encouraging. In particular, Japan has been a key market for Philip Morris and iQOS, and now, rival British American Tobacco (NYSE:BTI) is looking to introduce its answer to the cigarette alternative in the island nation. 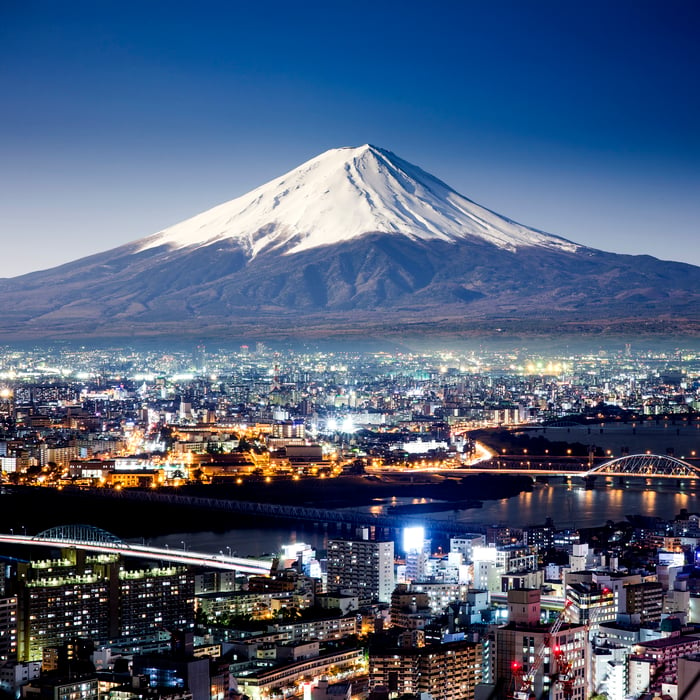 Earlier this week, British American issued a press release introducing its new Glo product. The company described Glo as a "new-to-world Tobacco Heating Product" that heats tobacco rather than burning it. As British American argues, the "unique next generation tobacco product provides a new-to-world experience" that is "similar to that of a cigarette, but with reduced risk potential" and that "delivers a cleaner experience with around 90% less toxicants than a standard cigarette."

Specifically, British American intends to introduce proprietary tobacco in the form of what it is calling Neostiks, carrying the well-known Kent brand name. Glo will initially launch offering three different flavors, including what it calls Intensely Fresh, Fresh Mix, and Bright Tobacco. The company admits that the reduced presence of toxic materials doesn't necessarily mean the product's impact on health will be less than other tobacco products, but British American did note that the safety standards for the product are strong, with safeguards built in to prevent overheating.

In a thinly veiled attack on Philip Morris, British American announced that it had chosen Japan to be its first market for Glo, characterizing the nation as "a global leader for innovation." Certainly, that has been Philip Morris International's experience, and British American hopes it can compete effectively in Japan.

Why Japan is important

The reason British American is introducing Glo in Japan likely has to do with Philip Morris' early success there. Philip Morris introduced iQOS to the island nation in November 2014, targeting the pilot market of Nagoya. In less than two years, availability of iQOS within Japan has expanded dramatically, and when Philip Morris announced its third-quarter financial results last month, it said market share for iQOS in Japan had jumped to 4.3% by the end of September, accelerating dramatically and nearly doubling just since the second quarter of 2016. Even more impressive is the fact that those gains came despite Philip Morris having to limit sales based on a lack of supply.

British American is hoping to use typical competitive tactics to eat into Philip Morris' first-mover advantage. Glo will come at a cheaper price than iQOS, potentially driving interest. In addition, prices of Neostiks will be in line with what regular Kent cigarettes cost, encouraging experimentation among Kent smokers.

Yet Philip Morris will inevitably fight back. The company opened a new production plant in Italy recently, looking to expand supply and meet the huge demand for iQOS in Japan and worldwide. Even though Philip Morris is looking at expansion in other markets, especially in Europe, Japan will remain a key place for the company to prove itself as the furthest along in terms of widespread acceptance of iQOS and its HeatSticks products.

Looking forward, Japan will be a proving ground for iQOS, Glo, and other competitive entrants in the cigarette alternative industry. How Japanese consumers respond could say a lot about how successful Philip Morris will be in the long run in its strategy to move toward reduced risk products.