Obviously, the U.S. election -- and its surprise result -- made for a tumultuous week for many stocks. But why was it good for Detroit?

How Donald Trump helped set off this rally

Here's the first clue: The Detroit rally didn't really get going in earnest until Thursday morning, two days after the election. 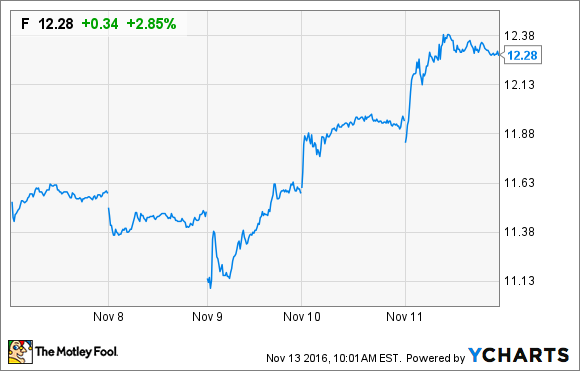 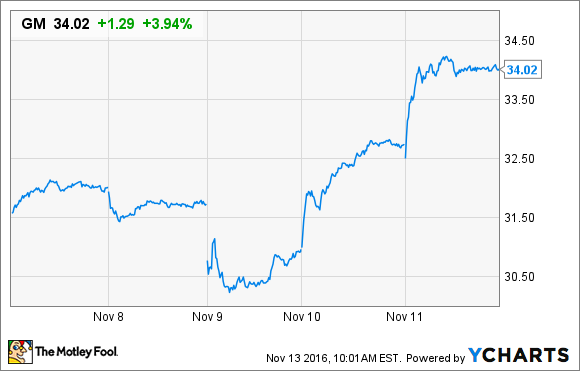 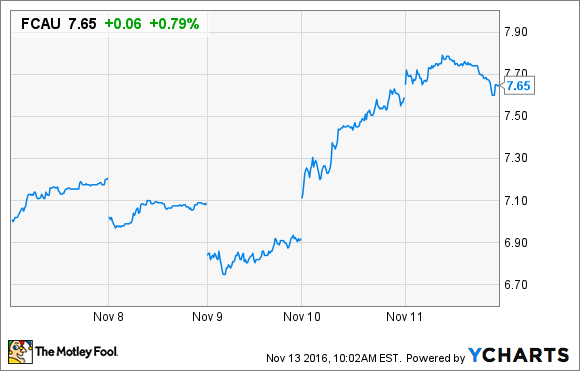 And here's the second clue: Shortly before the Detroit Three's shares rallied, shares of the fourth American automaker, Tesla Motors (NASDAQ:TSLA), went into a funk. 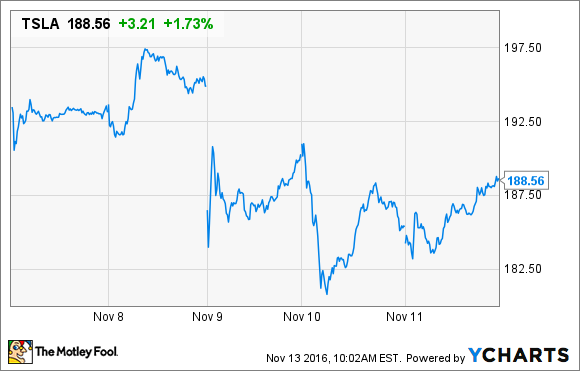 So what happened to trigger all this? The catalyst for the moves was probably President-elect Donald Trump's selection of Myron Ebell to lead his transition team at the Environmental Protection Agency (EPA), news of which broke late on Wednesday. Ebell is a director at the Competitive Enterprise Institute, a libertarian Washington think tank -- and a climate-change skeptic.

Among many other things, the EPA administers the U.S. government's fuel-economy rules for automakers, called the Corporate Average Fuel Economy (CAFE) standards. The current rules, put in place by the Obama Administration in 2011, will come up for review next year. The thinking is that if climate-change skeptics are running the EPA, there's a good possibility that the CAFE rules will be relaxed considerably, something that could have a big positive impact on Detroit's bottom lines over the near term.

Auto executives supported the aggressive CAFE rules when they were adopted in 2011, but have more recently expressed concerns that low gas prices are making it hard for them to pass the costs of cleaner technology on to consumers. People aren't willing to pay extra for better fuel economy when gas is around $2 a gallon. That's why Ford CEO Mark Fields said earlier this year that a delay in implementation of the tough standards that are set to come into effect between 2017 and 2025 would be very helpful to the industry.

Those standards are set to be reviewed in 2017. The concerns of Fields and his peers may find sympathetic ears in the Trump administration. A relaxation of the CAFE standards would be good for Detroit's profits, at least in the near term.

Likewise, with climate skeptics running the EPA, the elimination of tax breaks and other federal programs favoring electric cars seems very possible. That wouldn't be helpful to Tesla, and that's why its shares fell last week.

Now what: It's still too early to know what will happen

Despite Ebell's appointment, it's still not really clear how President-elect Trump plans to proceed with respect to the fuel-economy rules. We may not know more for a few months. And worries about electric cars may be overblown, as the technology might already have enough momentum to be unstoppable even if the U.S. government's favorable policies go away.

But at least from the limited perspective of Detroit's bottom lines, Ebell's appointment suggests good things in the near term.