Under Armour (NYSE:UAA)(NYSE:UA) sales have grown more than 20% year over year every quarter for the last six years. As the brand starts to mature and gets closer to saturating its home market, here's how international growth is becoming an incredibly important part of Under Armour's long-term continued growth story.

This year's summer Olympics in Rio were an incredible showing for Under Armour. Though not an official sponsor of the games in the way Nike (NYSE:NKE) is, one of the companies that pays millions of dollars for the opportunity, Under Armour benefited massively from a rule change before the game that allowed non-sponsors to do more marketing.

The controversial rule, called "Rule 40," basically made a blackout period in which companies that didn't sponsor the Olympics couldn't promote the athletes that they do sponsor who happen to be competing in the Olymipics. They couldn't even so much as mention the athlete during the games, or they'd face the risk of the athlete being disqualified. 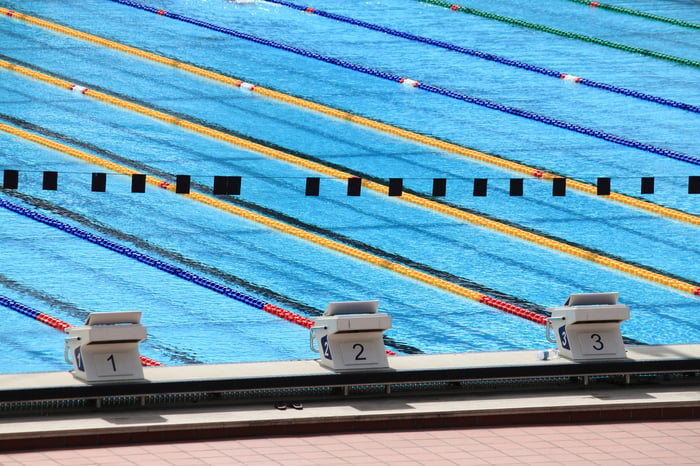 The Rule 40 change still heavily restricted companies, but it allowed them to promote the Olympic athletes they sponsor more freely. Under Armour took the opportunity to promote sponsored athletes such as Michael Phelps and Team USA Gymnastics, which helped to create worldwide media buzz for the sportswear company after those athletes dominated their respective sports. All of this seemed to have helped increased sales climb. While total sales for the company grew 22% year over year in the recent quarter, international sales grew 74%.

Under Armour is preparing to grow its international presence much more aggressively going forward. Under Armour sponsors international teams like the Sao Paulo FC soccer club in Brazil, and it's rumored to be a potential candidate to take over sponsorship of the top team in the English Premier League, Manchester City Football Club, when its 2018 contract ends with Nike.

Under Armour also outfits international sports stars like Andy Murray, the tennis star from the U.K. who won gold at the Olympics, and many other international athletes who will help to spread the brand among their hometown fans. The company is also setting up local headquarters in various regions around the world to target more regional pushes. 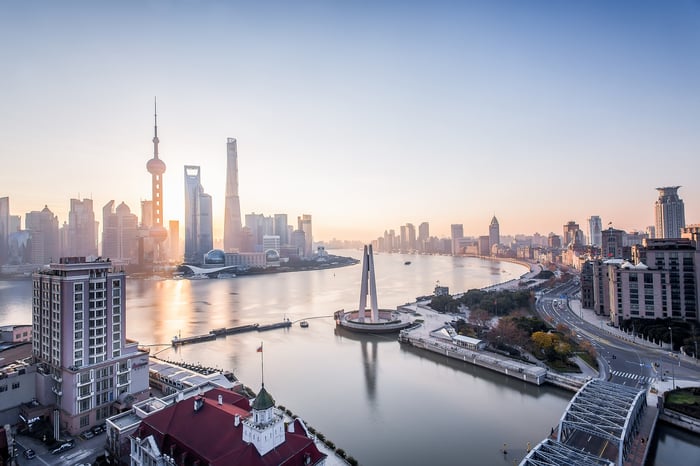 While international expansion everywhere is important for Under Armour, and it is seeking to grow worldwide, China is one of the most important regions for Under Armour's international push now. In the Q3 earnings call, CEO Kevin Plank said, "it's our Greater China market that remains the biggest growth story for our international business." Plank went on to note that Q3 sales in China were equivalent to sales for Q1 and Q2 combined, driven by fast-paced growth in basketball, running, and more.

Basketball has quickly become one of the hottest sports, with NBA fans all across the country of 1.4 billion people. Under Armour recently took brand ambassador and two-time NBA MVP Steph Curry on tours around China to promote basketball and his signature Curry shoes. Under Armour is also aggressively going after the booming running market in China with local advertising and by setting up run clubs in various Chinese cities, similar to what the company has set up in the U.S.

The importance of Under Armour's international growth

It won't be easy. Nike already gets around half of its sales internationally, and it's seeking to continue expanding its footprint in each of the same regions Under Armour is going for. Then there's Adidas (OTC:ADDYY), which is considered a premier brand in many countries and is also working to grow its presence in China, as well as many other brands that are established in their home regions and will be fighting to keep Under Armour from taking market share on their turf.

Still, just as we've seen in the U.S., Under Armour is not one to back away from a challenge or a competition, and it has a track record of fighting its way to more favorable positions in its various markets and segments. With such a strong roster of sponsored athletes and success so far in its more localized initiatives, Under Armour could have a long runway of international sales growth ahead of it.