President-elect Trump has tapped Sen. Jeff Sessions of Alabama to be his Attorney General, the top official in his Justice Department. Under current Attorney General Loretta Lynch, the Justice Department has put the kibosh on several proposed mergers and purchases, including Swedish Electrolux's proposed purchase of the appliances unit of General Electric (NYSE:GE), and Halliburton's attempted merger with Baker Hughes (NYSE:BHI).

But new mergers and acquisitions are waiting in the wings, including DuPont's (NYSE:DD) proposed merger and split with Dow Chemical (NYSE:DOW), and GE's proposed merger and spinoff with Baker Hughes. These are big deals that will have profound impacts on the companies involved -- and their investors. The conventional wisdom seems to think that a Trump/Sessions Justice Department would be more lenient. Here's why that's not necessarily true. 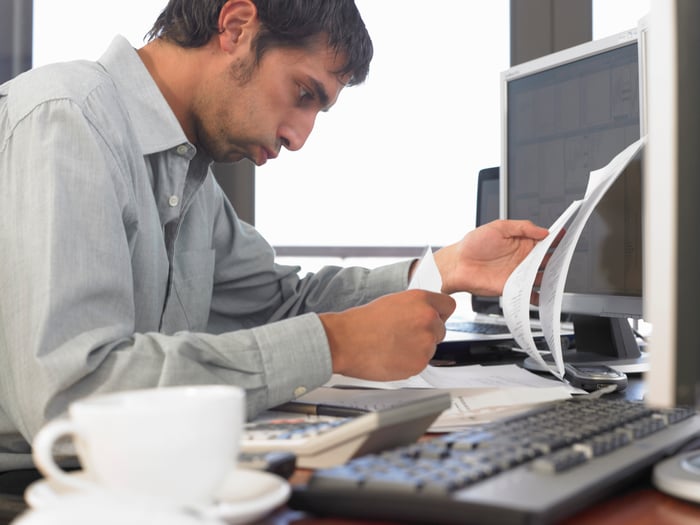 To regulate or not to regulate

Trump has been quite vocal in his opposition to regulations of all kinds. In fact, he's devoted an entire section of his website to proposals and plans for regulation (or, mostly, deregulation). These include issuing "a temporary moratorium on new agency regulations" and asking all federal department heads "to submit a list of every wasteful and unnecessary regulation which kills jobs, and which does not improve public safety, and eliminate them." He even proposes to go so far as to "reform the entire regulatory code."

But as far as antitrust regulations go, Trump has only weighed in on big media megamergers between Time Warner and AT&T, and between Comcast and NBCUniversal. He was quite critical of them, saying, "Deals like this destroy democracy." His stated concern was that "it's too much concentration of power in the hands of too few," although he may have been referencing the number of news and media outlets such companies would control. "We'll look at breaking that deal up, and other deals like that," he said of the Comcast/NBCUniversal deal. "This should never, ever have been approved in the first place."

How Trump determines when to apply regulatory pressure might be determined by how such mergers affect jobs. Trump's stated goal in removing regulations is to improve hiring and create more jobs. But big mergers often have the opposite effect, as duplicate positions are eliminated. For example, Dow announced 2,500 job cuts in preparation for its merger with DuPont, which has been laying off workers of its own.

While job losses aren't the basis for an antitrust review by the Justice Department -- which focuses instead on consumer choice, prices, and competition -- it's important to note that just because Trump is seen as being against regulations doesn't necessarily mean he's in favor of big mergers.

If Trump has been outspoken against regulations, Sessions has been practically mum. His website doesn't have a section addressing regulations, and there's no language about regulation or regulatory reform in his website's position statements on "Budget, the Economy, and Taxes" or "Commerce, Trade, and Transportation."

But in the section on "Agriculture," there are passing references to "reduc[ing] ... the involvement of government in the agriculture sector," and "fighting against unwarranted and excessive federal environmental regulations that create unnecessary hardships for Alabama farmers." That's all he has to say on the matter of regulation, but it's tough to say how these positions on regulation in general would apply to the regulation of large mergers. Large agricultural sector mergers, such as DuPont's with Dow, could be costly to the very Alabama farmers Sessions hopes to protect.

Similarly, under "Energy," Sessions laments that "by imposing layer upon layer of new bureaucracy and red tape, the [Obama] administration's regulatory agenda threatens to derail economic growth." That seems to indicate that he might look favorably on GE's merger of its oil and gas unit with Baker Hughes, which is almost certain to improve the fortunes of both companies.

For the most part, though, Sessions' concerns about competition are focused on ensuring U.S. companies don't fall victim to an uneven international playing field. He has been outspoken against alleged dumping of tires by Chinese companies and in favor of equivalent regulations for both domestic and imported catfish, for example. Where that puts him on the topic of mergers and antitrust law is anyone's guess.

There are indications, though, that a Trump/Sessions Justice Department would be good for DuPont, Dow, GE, and Baker Hughes in other ways. Trump and Sessions have both been outspoken against EPA regulations, which have a major impact on both chemical companies and oil and gas companies. While the EPA is not a part of the Department of Justice, in some cases, the Attorney General or one of his deputies is required to issue a concurrence with EPA administrative orders to the federal government. So an attorney general predisposed against EPA regulations could still have an impact.

Trump and Sessions also agree on the need to promote American energy production. And of course, Baker Hughes and GE would stand to benefit immensely from increased fossil fuel activity. Trump has stated, "We will become, and stay, totally independent of any need to import energy from the OPEC cartel or any nations hostile to our interests." Sessions agrees that increased energy output is important, stating on his website that "[b]y producing more energy at home, we are keeping more of our nation's wealth within our borders, making our people more prosperous, and enhancing our national security."

Just because Trump and Sessions are against regulations in general doesn't necessarily mean that specific regulations -- or forms of regulation -- would be loosened or eliminated on their watch. While some believe that a Trump/Sessions Justice Department could usher in an era of across-the-board deregulation, neither man has made such a blanket statement. With a few exceptions, their plans for particular regulations are vague. And Trump's comments about big media megamergers show he's not completely opposed to using the government's antitrust powers when he feels it's warranted.

Until the ink is dry, investors shouldn't consider either of these mergers a done deal. While DuPont and Dow's plan to split into three separate companies post-merger may help to ease antitrust concerns, a spate of consolidation in the agricultural sector could be frowned upon. And while GE and Baker Hughes have portfolios that are mostly free from overlap, it's still not a slam dunk, no matter who's in charge.