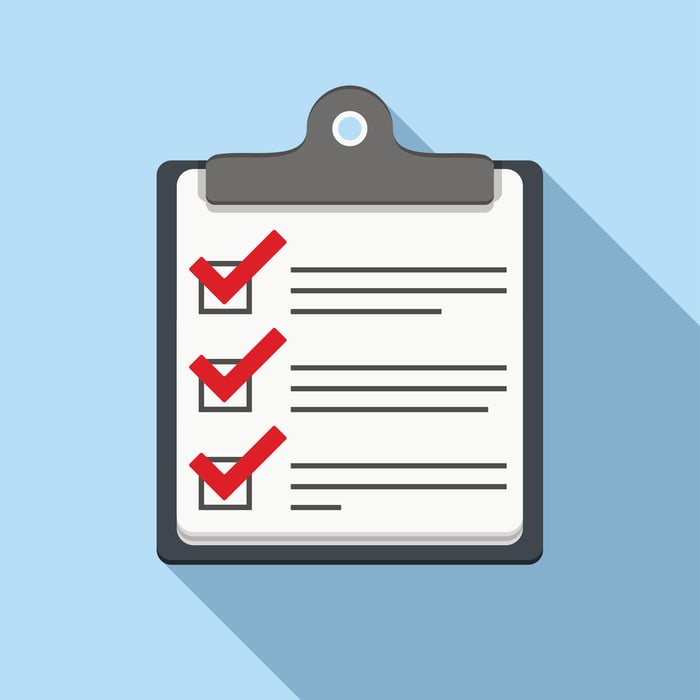 Investing is a very individual thing. However, there are some fairly universal steps that can help you become a better investor -- if you force yourself to follow them. That's why making lists can be such a great addition to your stock buying, and selling, toolkit. Here's my seven-point checklist for making a stock watch list.

My first question when considering any investment is fairly simple: "Would I want my wife to own this if I were dead?" Kind of morbid, but it keeps me focused on what's really important. I invest to help ensure that the long-term future of my family is a good one. Spending my time and money on hot ideas and fads doesn't achieve that goal.

For example, I find the stories behind Fitbit and GoPro fascinating. Both are trying to become more than niche players in the tech world, but only one is profitable. I enjoy following them and think Fitbit will survive in some way, while I believe GoPro is more likely to flame out. But that doesn't mean I should own Fitbit. My wife and daughter would have no idea what to do with Fitbit if I owned it and suddenly died.

However, Nucor, one of the best-run U.S. steel mills, is a different animal. I see a long-term future for steel and believe strongly that Nucor will remain one of the best companies in the industry. And that I can, and do, explain in simple terms to my family.

But the important thing is that my first question keeps me on target for what I really want to achieve. It's probably the most important item on my list. Your list might have a different first question, but it should be one that focuses on your big-picture goals, allowing you to quickly cut through the haze of all of the great ideas on Wall Street that just don't make sense for you.

The next item up on my checklist is more difficult to assess but is vitally important: "Is there any question about management's ethics?" Essentially, I'm giving my money to a management team, and I want to be reasonably comfortable that the team is worthy of my trust. There are any number of great examples of companies that clearly weren't worth trusting, but a recent one that gave me pause was Energy Transfer Equity (NYSE:ET) and its related companies.

The story is more complex than this, but, essentially, it made a questionable decision to buy a competitor. When it realized that the deal wasn't going to be good, resulting in either dilutive unit sales or a debt load so heavy that it would necessitate a distribution cut, Energy Transfer tried to scuttle the deal. I can forgive making a bad call. However, part of the effort to get out of the deal involved issuing convertibles that would have helped protect the CEO from a distribution cut if the deal did go through. That gives me enough pause to cut Equity Transfer out of my investment equation.

Since trust is so important in investing, I urge you to keep this issue high up on your checklist.

As I hinted at with the GoPro and Fitbit example, I like a good, juicy story. I like stories so much, in fact, that I have to make sure I don't get caught up in the story of a stock over its true investment appeal with a specific checkpoint. Water utilities, such as American Water Works (NYSE:AWK) are a great example.

I firmly believe that water will be an increasingly important commodity in the long-term future. I also see that the near term will be filled with investments to upgrade aging water infrastructure. Both will be good for water utilities like American Water Works. Add in consolidation in a fragmented industry, and the story is pretty solid. 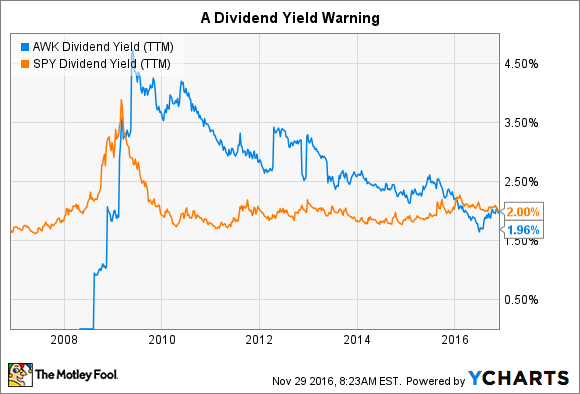 However, this particular utility has offered investors only a 2% yield of late. And in fact, that yield is toward the low end of the company's own history. Worse, the yield is hovering in the same space as the broader market. I'm a dividend-focused investor, and my yield target is higher than 2% and certainly higher than what I could get by just buying SPDR S&P 500 Index Trust. So American Water Works is a great story, but for me it wouldn't be a good investment fit. Another weakness for me is turnarounds, an investment siren song that asking "Is this a good story or a good investment?" highlights for me.

I'm not done figuring out the big picture just yet, because my next question is: "Do I understand the company's business?" There are plenty of companies that get through the first three screens and eventually get tossed out on this one. For example, I own IBM but not Microsoft.

Both are great companies, but I understand IBM more clearly than I do Microsoft. That's because I see the company's business as providing technology and services that customers are demanding at any given time. The company's history is filled with change, including the one it's going through today. I'm comfortable with the idea that IBM will struggle through this transition just as it has all of the others since it started its life making things like clocks and scales. Its business is, to my mind, managing a portfolio of in-demand technology.

Microsoft, on the other hand, is a bit harder for me to put my finger on. It was built on operating systems and software, but it's had trouble branching beyond that foundation. And now, like IBM, it's trying to shift toward the market's newest product and service demands. I'm not at all sure that it can do that because it hasn't proved it's capable of being more than a software company.

I don't know enough about software and operating systems to buy Microsoft. But I do know enough about IBM's history of successfully adjusting to new challenges to trust that it will hire the right people to run whatever technology businesses the world is demanding at any given time. It's a subtle difference, but an important one. And it highlights why understanding a business beyond the headlines is so important.

This is the type of check that should be on your list, too.

Now, finally, I'm getting to the good stuff -- dividends. I mentioned them already, but only in service of a larger question. Now, I ask explicitly, "Is this company returning value to me via dividends?" A company's earnings belong to its shareholders, and as a shareholder, I want to be rewarded for my commitment to a company. And I want that reward to come in the form of cash! 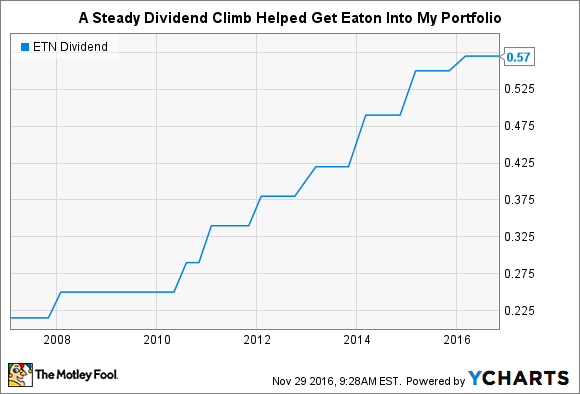 So I look for companies with long histories of paying dividends, preferably ones that rise each and every year. I'll make some exceptions, but I won't even consider a company that doesn't pay a dividend. And I tend to favor companies with proven histories of rewarding shareholders -- 10 or more years of annual dividend increases is the sweet spot. If a company hasn't hit the 10-year mark, I make sure to do a deep dive to understand why and ensure that it doesn't have a history of cutting its dividend hidden in the mix.

The way I see it, dividends are a statement by management. Dividends show respect for shareholders and provide a hint at what the company believes the future may hold in the case of dividend increases. This item had to be on my list.

You might have a different financial metric that suits your fancy, such as earnings growth. Whatever underpins your logic, your checklist should include a direct tie to it so you force yourself to think specifically about what's important to you. That will force you to question yourself when a stock comes up short or doesn't quite fit.

The next item I stole directly from well-known investor Bruce Berkowitz, manager of Fairholme Fund. You may like him or dislike him, but his "kill list" is a great idea. Basically, instead of focusing on all of the things that could go right for a company, he tries to look for what could go wrong.

This is kind of a list inside a list, but here's what I try to screen out: companies that don't generate cash, that burn too much cash, that have too much debt, that take big risks (even if there are potentially big rewards), that have questionable management teams, that have weak boards, that expand or diversify into unrelated or just plain bad businesses, that are careless with stock buybacks, and that abuse GAAP accounting standards in some way.

This list comes from Berkowitz and is built off his experience of the things that tend to lead companies to implode in some way. Corporate implosions are bad, and I'm happy to do my best to avoid them. Your list here might be slightly different, but whatever you do, consider a checkpoint that forces you to look at the other side of the equation.

This is where the rubber hits the road on my stock checklist. If a company has made it this far, I'm probably keeping an eye on it. But how does it go from being on my watch list to being in my portfolio? 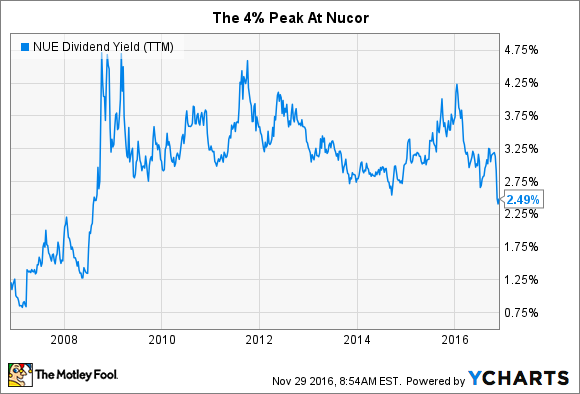 My first cut here is a big-picture measure -- dividend yield. As a stock's price goes down it's yield goes up, so a high yield can help highlight stocks that are perhaps temporarily out of favor. It's imperfect as a valuation tool, but it generally gets the direction right. For example, I bought Nucor when it was yielding over 4% not too long ago. Today it yields around 2.4%. I'm a genius! OK, not really -- I simply looked at the historical graph of the company's yield, and 4% or so is the high end of Nucor's historical yield range. That was the trigger that got me to take a deeper dive.

This isn't the only way to look at valuation. I also consider the reverse dividend discount model, which basically asks what the market is suggesting about the future based on the price it's assigning to the stock today. If I think that's a fair price to pay, or even a good one, then I'll step in. Essentially, I'm asking if I'd be happy getting the hypothetical future built into the stock price.

My trigger is going to be different from your trigger. You might use P/E or P/B or some other valuation tool. That's fine, but make sure you put that item on your list. If you don't, your watch list won't have a call to action. And you want the list to prod you, not just hold a bunch of things that you never intend to buy.

I've given you the basics of my investing checklist. Some of these things might make sense for you; some might not. But don't get lost in the specifics; it's the logic that's most important. I've created a list that works as a tool to correct the mistakes I know I'm prone to make. That's the type of checklist that will make you a better investor. Simply pulling out stocks that have a P/E of 10 won't do that. To paraphrase Benjamin Graham, investing is more about controlling your mind than anything else.

But don't rush a list together, either. Build the list slowly, making sure it's really what you want and what will help you be a better investor. It has to resonate with you or it won't work. And it will probably change over time, too. That's OK.

To be honest, I would caution you not to invest without such a list. That's a recipe for disaster, as you'll be more likely to fall into all of the bad habits that you know you have. Be honest with yourself, and a checklist like mine can be a powerful tool to keep your investing future on track.