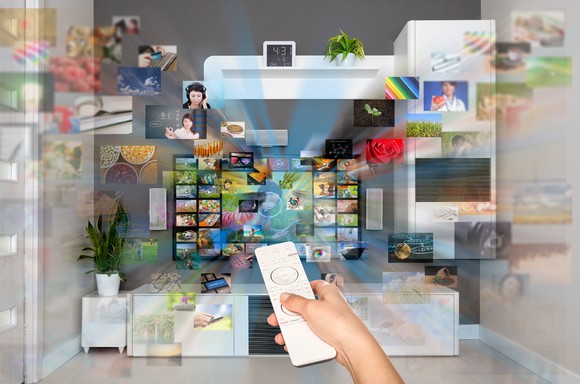 Amazon (NASDAQ:AMZN) Prime Video is going global. The company made it official last week, announcing its availability in more than 200 countries and territories, and it included some more details about what consumers in the 195-plus countries that Prime Video previously didn't service can expect.

Prime members in Belgium, Canada, France, India, Italy, and Spain now have access to Prime Video as part of their regular Prime memberships. In all of the other new countries where Amazon is now streaming, customers will pay either $5.99 or 5.99 euros per month for a stand-alone streaming video service. That's significantly below the $8 to $10 per month Netflix (NASDAQ:NFLX) charges customers around the world. Prime Video is offered as a stand-alone product in the U.S. for $8.99 a month.

Amazon's sudden global expansion raises a couple of big questions: Will Amazon put pressure on Netflix's international growth? And how will Amazon's expansion of Prime Video as a stand-alone product impact its bottom line?

In Netflix's "long-term view" document, management writes: "Because the entertainment market is so broad, multiple firms can be successful."

Back in 2014, when CEO Reed Hastings was asked about the growth of Amazon Prime, he told analysts, "It's very much not a zero-sum game, and we're building this ecosystem together that's about internet video. And the more players there are in internet video, the bigger that ecosystem gets."

Indeed, Prime and Netflix are complementary services -- particularly in well-developed markets like the U.S., where people are used to paying $100 per month for cable TV. Replacing that with a handful of streaming services like Netflix, Prime, and HBO Now, for example, makes home video entertainment more affordable. But what about in countries with significantly lower average incomes?

When Netflix expanded to India, Hastings reiterated his belief that Netflix and other streaming services can co-exist in the country due to the huge size of its population and the number of consumers with smartphones (aka video-streaming devices).

But with many consumers in markets like India stretching their money, it's more likely that they'll subscribe to just one service. In that case, whichever provides the most value per dollar is the likely winner. In India, where Amazon bundles regular Prime benefits like two-day delivery with its new Prime Video service, Amazon is a clear winner. In other markets, it's less clear, but Amazon certainly has a price advantage.

Video content isn't cheap, but Amazon is prepared to spend

Amazon has been gearing up for a global launch of Prime Video for the last six months or so. During the company's second-quarter earnings call, CFO Brian Olsavsky told analysts the company planned to double its video content spend in the second half of the year.

With the global expansion of Prime Video, investors can expect Amazon's spending to remain elevated into the future. For reference, Netflix plans to spend $6 billion on a profit-and loss-basis in 2017, an increase of $1 billion from this year's budget. Some analysts estimate Amazon will spend $4 billion to $5 billion annually on content now.

Additionally, Amazon has various teams in place to curate localized content for all of the new regions it's entering. In the long run, that may make Amazon's content spending more efficient, but it does require quite a bit of overhead.

While Amazon warned analysts that it was increasing its spending, many were still caught off guard when it reported its third-quarter earnings results. Granted, additional content rights weren't the only big investments Amazon made last quarter, but Amazon reported earnings results well below consensus expectations.

Does Prime Video work as a stand-alone product?

The real question investors need to ask is whether Prime Video will work for Amazon as a stand-alone product instead of as something of a loss leader for its full-blown Prime program. Amazon has tested offering Prime Video as a stand-alone monthly subscription in the U.S., but it's priced such that customers aren't saving money compared to an annual full Prime membership. It's just another avenue to sell customers on becoming full Prime members.

In countries where Amazon doesn't have the infrastructure and logistics in place to offer Prime benefits, Prime Video largely serves as another touchpoint for Amazon's brand. If it can break even on the streaming service, it's basically free marketing for Amazon's Marketplace business. Additionally, since Amazon owns the global rights to many of its original productions, it reduces the incremental cost of filling a library of content in new markets.

Those two factors allow Amazon to price the product below Netflix, which is looking to make a direct profit off of its service. That's how Amazon is undercutting Netflix all over the world.