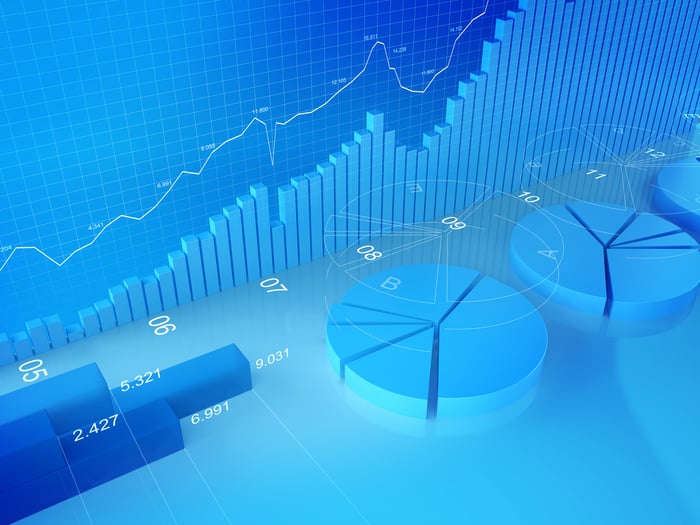 Philip Morris is almost unique among U.S. companies in its exposure to foreign currency fluctuations. The reason for that is that Philip Morris does business exclusively in the international realm, and most foreign countries in which Philip Morris has extensive sales and earnings have currencies that behave very different from the U.S. dollar. That isn't always a bad thing, but it has been a problem as of late because of the dollar's strength. In particular, weakness in the euro and other European currencies has had an outpaced influence on Philip Morris' results because of its concentration in that region.

During 2016, the impact of currency fluctuations on Philip Morris' earnings waned. During the first three quarters of the year, the tobacco giant has said that it has suffered about a $0.30 per share hit to earnings because of the dollar's strength. That sounds terrible, but it pales in comparison to the $1.19 per share in downward pressure during 2015.

The problem going into 2017 is that the dollar has recently started to push higher again, in response to the results of the presidential election and the recent rise in U.S. interest rates. If those macroeconomic and geopolitical effects persist into the coming year, then Philip Morris earnings could once again decline as a result.

In part, the currency issues that Philip Morris International has faced have had a direct impact on its dividend policy. Most investors would find no fault with the payout that Philip Morris has maintained, with the stock yielding more than 4.5% and having a track record of boosting its quarterly dividend payment every single year since its 2008 IPO.

However, over the past two years, dividend growth has come to a near standstill. In its early years, Philip Morris routinely boosted its payouts by 10% or more each year, but the 2015 and 2016 increases were just 2% each year. Moreover, payout ratios are already approaching the 100% mark, and if a stronger dollar once again weighs on earnings, it could be hard for Philip Morris even to give a token dividend increase while keeping dividend payments in line with net income. If growth initiatives pay off, they could help the company offset currency and other issues, but it will take success to avoid possible negative news on the dividend front.

Finally, Philip Morris is hoping that it can fend off adverse regulation while winning key battles. The company's track record hasn't been very strong on this front, with adverse rulings and regulatory findings in several countries across the globe that indicate the level of scrutiny that Philip Morris and its peers are getting right now.

In particular, plain packaging regulations have started to pop up in a number of jurisdictions, and Philip Morris has had mixed success in fighting them off. Even though the company has expressed skepticism that plain packaging achieves the policy ends that consumer advocates claim, Philip Morris nevertheless has had to find ways to grow despite them.

Perhaps most importantly, Philip Morris is looking for a regulatory win from the U.S. Food and Drug Administration. The application of heat-not-burn product iQOS before the FDA is a potentially huge step forward in the reduced-risk realm, where Philip Morris sees a lot of future growth. If the FDA shoots down iQOS, then it could be a difficult setback to rebound from -- especially if foreign governments like Japan follow suit and crush the project before it fairly gets off the ground.

Philip Morris faces plenty of risks, and these three in particular have dramatic implications for the business as a whole. If things go well, then investors can look forward to a more prosperous year in 2017. If not, then these areas could be the ones that trip Philip Morris up in the new year.

How Risky Will 2017 Be for Philip Morris International? @themotleyfool #stocks $PM Next Article
Current