The S&P 500 is currently trading for about 26 times trailing earnings. That's at the high end of its historical range, which is making it hard for value investors to find attractive stocks to buy. Thankfully, even during times of market euphoria, investors can still find value if they're willing to turn over enough rocks.

Let's take a closer look at three income stocks -- Scripts Network Interactive (NASDAQ:SNI), Amgen (NASDAQ:AMGN), and Carnival (NYSE:CCL)(NYSE:CUK) -- that all pay out solid dividends and trade for below-average multiples. With analysts calling for earnings growth over the long term, could they be attractive buys today? 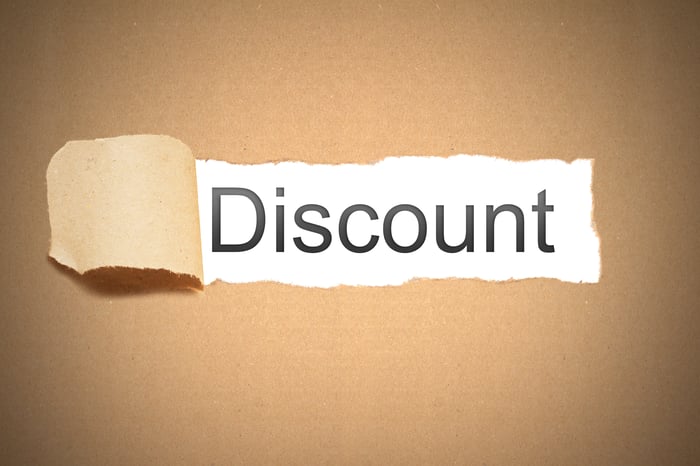 Investors have serious concerns over what the future holds for cable TV, which has caused them to approach companies like Scripps Networks Interactive with caution. This company owns a number of hit cable channels like the Food Network, HGTV, and the Travel Channel that are all dependent on attracting eyeballs in order to keep the revenue flowing.

With all signs pointing to cord-cutting being a trend that isn't going to reverse itself anytime soon, traders have cut Scripps' P/E ratio nearly in half since early 2014. As a result, share now trade for less than 12 times trailing earnings, which could be a ridiculously cheap price. 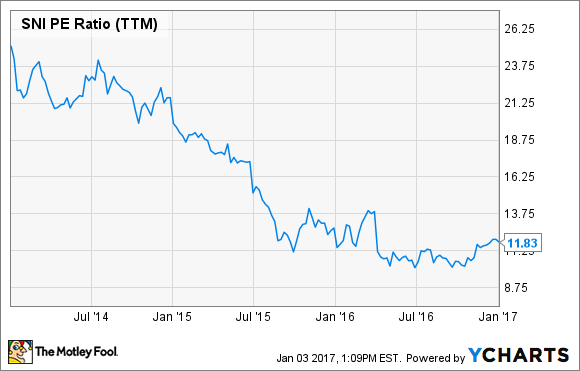 Thankfully, Scripps Networks' strong programming has largely helped it to overcome the downward pressure on viewing. Ratings on the company's top channels are actually on the rise, which has translated into increased ad and affiliate fees. That allowed the company's sales to grow by more than 3% last quarter, which was a far better showing than larger rivals such as Walt Disney and Time Warner can claim.

Looking ahead, market watchers believe Scripps' strong programming will help it overcome the effects of cord-cutting and allow it to put up profit growth of more than 10% annually over the next five years. That's a solid growth rate for a company that offers up a 1.4% dividend yield and is trading at such a cheap valuation.

The granddaddy of biotech

Biotech behemoth Amgen is another stock that has been down on its luck recently. Sales of the company's top three drugs -- Enbrel, Neulasta, and Epogen -- have all flatlined or are declining, which is making it hard for the company to put up top-line growth. Add to those concerns the never-ending political drama that accompanies the space, and it's no wonder the company's P/E ratio has been contracting. 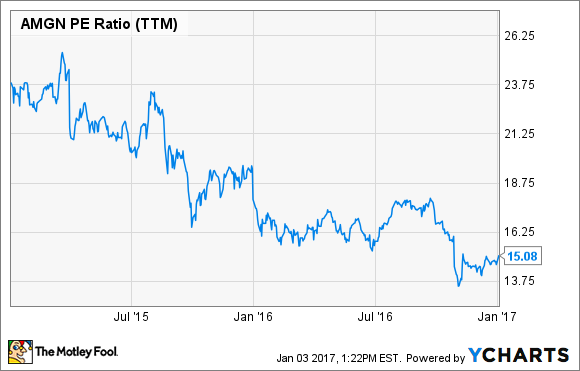 Thankfully, with the company's P/E ratio now around 15, there are reasons to believe the company's future will be bright. New drugs like Prolia, Sensipar, Vectibix, and Kyprolis are all putting up double-digit gains, which is helping to offset the declines of its more mature products. Repatha is also likely to join that list in 2017 as the company is set to announce results from a long-term cardiovascular study that could allow sales of this next-generation cholesterol drug to really take off.

In total, analysts believe Amgen will be able to put up EPS growth of nearly 8% over the coming five years. That's a compelling growth rate for such a cheap stock. Add in a fast-growing dividend that current yields over 3.1%, and it's not hard to imagine investors winning from owning this stock.

The final stock on today's list is Carnival, the largest cruise ship operator in the world. Carnival is a dominant player in an industry that sports significant barriers to entry, which is a big reason this company's stock commands a premium valuation from time to time. 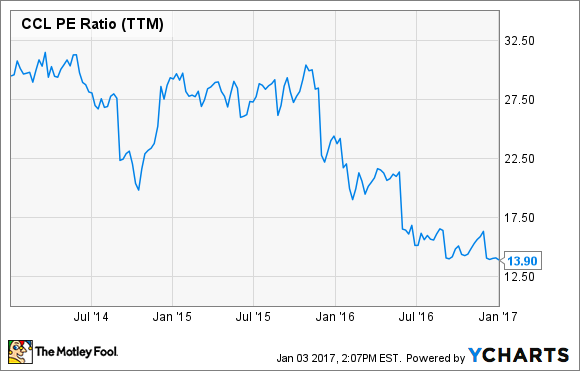 The pessimism is likely linked to investors' worries that rising energy prices will ding the company's profits. While that will probably happen in 2017, Carnival still offers investors reasons to remain optimistic over the long term. Roughly 10,000 baby boomers are retiring every day, and cruising remains an affordable option for vacationers. That's especially true when you consider that hoping aboard a massive ship allows you to visit multiple destinations in a single trip and gorge yourself on the ship's buffet. Those draws should help ensure the company's ships remain filled. With new ships on order and demand from emerging markets likely to grow, Carnival looks poised for long-term success. Perhaps it's why analysts are projecting earnings growth of more than 13% over the next five years.

While we wait for the tide to turn, Carnival continues to see huge amounts of cash flow that it's using to reward investors. In addition to paying out a meaty dividend of 3%, the company has recently spent billions on share repurchases. Add it all up, and this cheap stock could treat investors quite well in the years ahead.