2016 was a solid year for the Dow Jones Industrial Average (DJINDICES:^DJI), with the popular market average rising 13% during the year. Yet one dividend strategy that many investors use, known as the Dogs of the Dow, came into the year with a solid track record of five years of outperformance over the past six. Let's look more closely at the Dogs of the Dow and how they did compared to the Dow Jones Industrials in 2016. 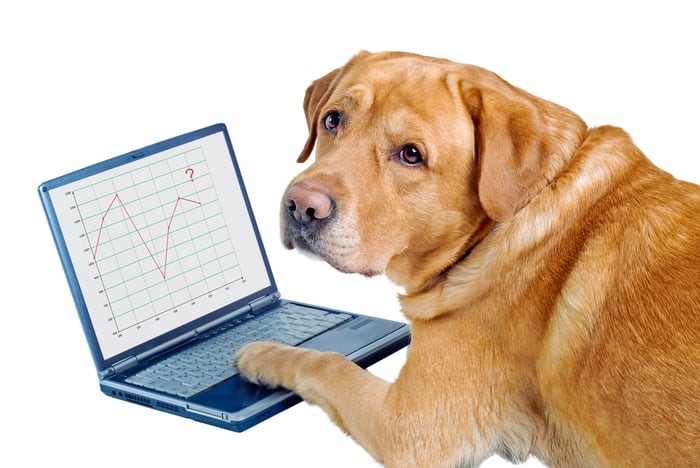 What makes the Dogs of the Dow strategy so attractive?

Two things stand out about the Dogs of the Dow strategy: it's easy to use, and it has performed well. The way you pick the Dogs is very simple. When the year starts, look at the top 10 yielding dividend stocks in the Dow Jones Industrials. Invest equal amounts of money in all 10 stocks. Then, hold onto those stocks throughout the year. At the end of the year, dividend yields will have changed, and so following the strategy for another year will inevitably require you to sell some of your holdings and buy new ones.

The secret behind the success of the Dogs of the Dow is that it tends to take strong elements from two different investing styles. On one hand, dividends play an obvious role, because the strategy picks only the highest-yielding Dow stocks. At the same time, though, high-yield stocks in the Dow tend to be ones that have lagged in performance in past years, and that adds a value-investing element to the mix. Often, hard-hit stocks bounce back the following year, and that adds upward momentum to the Dogs of the Dow.

That was certainly the case in 2015. Both McDonald's and General Electric had suffered in 2014, as McDonald's faced challenges to its growth while GE tried to figure out how to navigate a future course in determining a strategy for the massive conglomerate. Yet after posting big losses in 2014, the two stocks were among the best performers in the Dow in 2015, climbing 26% and 23% respectively. Similar examples are prevalent throughout recent years.

That same combination of value and dividend strength played out again in 2016. The best example was Caterpillar (NYSE:CAT), which climbed more than 36% in 2016 thanks to a rebound in optimism for its heavy equipment business. Improving conditions in industries including mining, energy, construction, and infrastructure development all led shareholders to look more favorably on Caterpillar's business, and the downtrodden stock led all Dow stocks higher over the past year.

A rebound in oil prices had the same impact on energy giants Chevron (NYSE:CVX) and ExxonMobil (NYSE:XOM), which climbed 31% and 16% respectively. Oil hasn't come close to regaining all of its lost ground from the plunge in late 2014 and 2015, but with prices solidly above the $50 per barrel level, crude is coming close to doubling from its worst levels of 2016. Even with the recoveries, both Chevron and ExxonMobil still yield well above 3%, meaning that investors following the Dogs of the Dow strategy will get another year of exposure to the oil giants in 2017.

All in all, the Dogs of the Dow in 2016 managed to gain an average of 16%. That topped the Dow by about three percentage points, making it the sixth year out of seven that the strategy has beaten the venerable market benchmark.