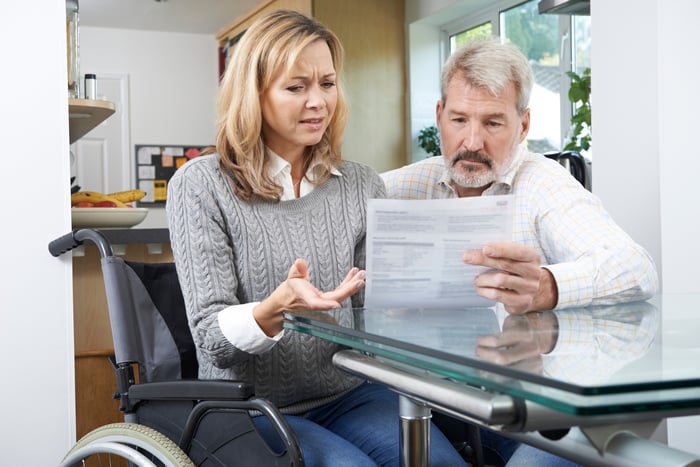 Over the past two years, the U.S. wireless industry has been marked by both intense competition and a maturing life cycle. In this environment, a resurgent T-Mobile (NASDAQ:TMUS) has been the most aggressive at growing market share by slashing prices and initiating other consumer-friendly policies under CEO John Legere's Un-carrier programs.

Since Legere took the reins, shares are up approximately 200% (split adjusted) as the company has leapfrogged Sprint (NYSE:S) to become the No. 3 wireless provider. However, many forget that T-Mobile's recent market growth almost didn't occur. Imagine an alternative universe -- one where the Federal Communications Commission and the Justice Department allowed Sprint to buy T-Mobile in 2014. In that world, it's likely Legere's Un-carrier initiatives would have been stopped in their tracks.

For Sprint to buy T-Mobile may not be too far-fetched after all, as it turns out. Early indications are that many of the pro-consumer stances of the Obama administration's FCC and its departing chairman, Tom Wheeler, will be reversed under President-elect Donald Trump. It's possible Sprint makes another run for T-Mobile, further consolidating the wireless industry, to the detriment of consumers.

One of the first guests at Trump Tower was telling

Very quickly after his victory, the president-elect tweeted out news that SoftBank CEO Masayoshi Son planned to invest $50 billion and create 50,000 jobs in the United States. Later, in an awkward presser in the lobby of Trump Tower, Trump and Son announced the deal in person.

While Trump took credit for the move, SoftBank had announced its intentions to do this in October, before the election. A recent article from the New York Times editorial board (subscription required) gives the most logical reason for Son's reannouncement:

It's easy to see why SoftBank and Sprint might want to help Mr. Trump take credit for creating jobs. SoftBank's chief executive, Masayoshi Son, wants the Department of Justice's antitrust division and the Federal Communications Commission to allow a merger between Sprint and T-Mobile.

In 2014 regulators appointed by President Obama made clear to Mr. Son that they would not approve such a transaction because it would cut the number of national wireless companies to three, from four, greatly reducing competition in a concentrated industry. Mr. Son sees a new opening for his deal in Mr. Trump, who has surrounded himself with people who have sided with large telecommunications companies in regulatory debates and have argued against tough antitrust enforcement.

As the owner of approximately 72% of Sprint, SoftBank and Son have a vested interest in buying T-Mobile and still hasn't given up on the acquisition, according to Bloomberg, but wireless consumers and T-Mobile employees should be more apprehensive.

.@JohnLegere @T-Mobile John, focus on running your company, I think the service is terrible! Try hiring some good managers.

President-elect Donald Trump is not a fan of T-Mobile but is of Sprint's owner, SoftBank.

Mergers are typically bad for consumers and employees

Mergers and acquisitions are one of those rare corporate actions where every stakeholder appears to be worse off (excluding investment bankers, of course) post-transaction. A study from KPMG finds 83% of all mergers fail to boost shareholder returns. Still, many CEOs are lured by the siren song of a consolidated market.

One stakeholder obviously worse off is the target company's employees. Soon after a merger, redundant positions are eliminated. So-called "synergies" would likely be high in this case, as both companies are in the same industry. Sprint may grow jobs, as it stated in Son's announcement, but T-Mobile jobs would probably be eliminated.

Finally, perhaps the biggest loser in this transaction would be consumers. While economists can go into the detail about the Herfindahl-Hirschman Index and oligopolies, you don't have to have a Ph.D. in economics to understand that the fewer suppliers of a highly demanded product, the more they can control the price of that product. This is especially true when the acquired company has been the leader in driving the product's price lower, as T-Mobile's John Legere has been in the wireless industry. If Sprint is allowed to buy T-Mobile, you can bet competition will weaken and prices will eventually increase.

Do You Have a Wireless Bill? If So, 2017 May Be a Horrible Year for Your Pocketbook @themotleyfool #stocks $S $TMUS Next Article
Current