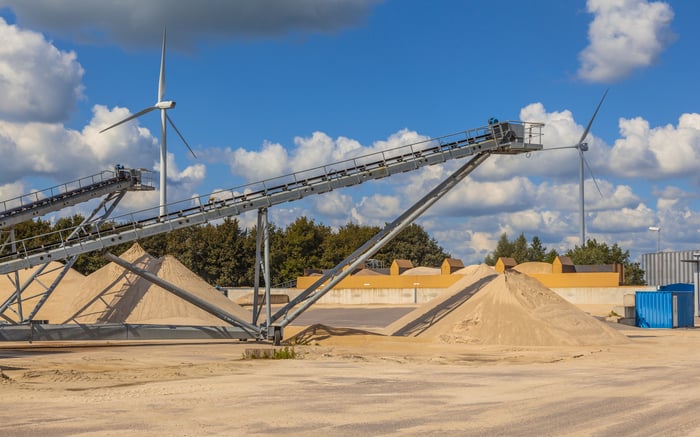 Shares of CARBO Ceramics (NYSE:CRR) were up 30.8% as of 2:00 p.m. EST today after the company reported earnings that showed a strong uptick in sequential revenue.

The frack sand has been a tough one over the past two years. After going gangbusters in 2014 with every producer out there wanting to get a piece of the shale revolution, CARBO and others were investing heavily in expanding capacity. When the market took a turn for the worse, though, it put all of these companies in a tough spot. CARBO Ceramics was hit especially hard because its ceramic proppants are a higher-cost product, and companies that did keep drilling would go with commodity sand instead. That's why when sales declined, CARBO Ceramics took it on the chin harder than most of its peers. 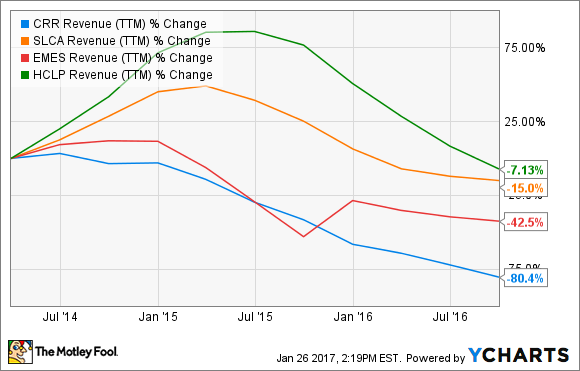 So today's news that sequential revenue was up 44% was a very welcome sign. Even more encouraging was that there was a 41% increase in ceramic proppant sales. It's important for CARBO Ceramics to move away from base white sand sales and back to ceramic sales because of the higher margins and it puts its production capacity back to work.

CARBO's strong revenue showing was a pleasant surprise for investors, but the company isn't out of the woods yet. The company is still posting some sizable losses on both a GAAP and adjusted basis. The longer-term trend that should help get the company over the top is the fact that per-well proppant volumes have more than doubled in just about every shale basin in the U.S. So frack sand producers don't need to see a return to the same level of drilling activity to get back to 2014 sand levels.

As we head into the rest of 2017, investors should keep an eye out to see if CARBO Ceramics can keep this revenue growth momentum going and get back to producing profits.