Shares of Glu Mobile (NASDAQ:GLUU) are down more than 15% as of 11:30 a.m. EST after the company reported fourth-quarter earnings that included a sizable sales drop and a wider-than-expected loss.

For the fourth quarter, Glu Mobile reported sales of $46.3 million, a 24% decrease year over year. Additionally, the company posted a net loss of $17.2 million, compared to a loss of $3 million for Q4 2015. Analysts were expecting a wider loss for the quarter than the year before but not the reported $0.13-per-share loss. For the full year, net loss grew to $87.4 million, compared with a loss of $7.2 million for full-year 2015. 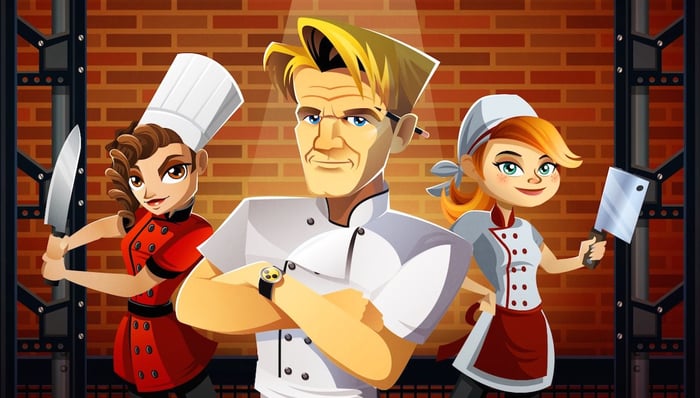 Glu Mobile received an analyst upgrade from Roth Capital earlier this week, based on what he thought could be a positive earnings beat. That analyst raised the price target to $3.25, which now looks like a more distant hope from the $2.11 where they are trading now.

The gaming market itself is certainly growing, reaching a high of $91 billion in 2016 according to analysts at SuperData. However, there's also a lot of competition for game sales, investment dollars, and top talent to help develop exciting technology such as augmented and virtual reality gaming that's likely to evolve further in this space. Mobile gaming is certainly one of the most important growth areas of the overall industry.

Glu Mobile could be a contender in that growing market, and its popular games, many of which are focused on Hollywood celebrities and other fun takes not seen often in this space, prove that its more casual and low-feature style certainly has a place among gaming consumers. Still, can Glu Mobile be one of the top gaming stocks long term? New CEO Nick Earl only started in November, so we'll need more time to see how his plans for Glu's future start to pan out, but the company needs to prove that its declining bookings and depleting earnings over the last year will eventually turn around again. The stock is now down around 57% over the last two years.