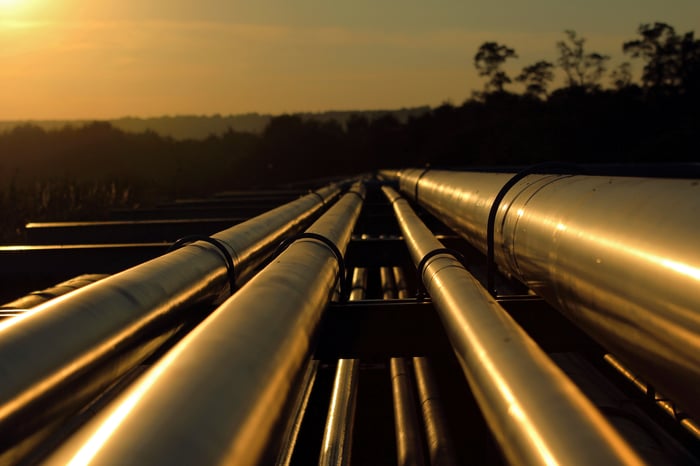 Investors have known for a while that Enbridge Energy Partners planned to do something with Midcoast. For close to a year now, management has said that it was exploring strategic alternatives for natural gas gathering and processing business because of perpetual underperformance. Midcoast had been in so much trouble that Enbridge Energy Partners was actually giving it cash to help pay out distributions to its publicly held units.

There were likely two reasons why this deal was done. The first is that this deal will simplify the business structure of the company and will provide Midcoast better access to capital. This is a hard pill to swallow, though, because Midcoast was spun off from Enbridge Energy Partners back in 2013 for the exact same reason. 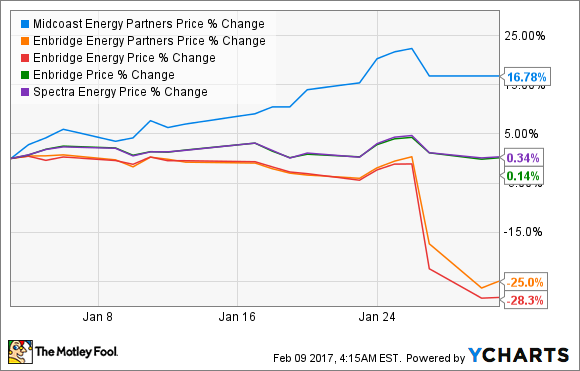 The more likely reason this deal was done was because the parent company, Enbridge (NYSE:ENB), is in the middle of a major merger with Spectra Energy (NYSE:SE). Spectra Energy has significant business in natural gas gathering and processing as well through its joint ownership with DCP Midstream (NYSE:DCP). There is a large amount of geographic overlap between these two companies' assets, and it doesn't make a whole lot of sense for them to operate as separate entities that will compete for capital from the parent company.

I'm speculating here, but it doesn't look as though this story is done yet. The advantages of having Midcoast as a wholly owned subsidiary of Enbridge Energy Partners don't change the fact that Midcoast and DCP Midstream will be fighting to spend money on the same type of assets. One has to imagine that there are some unannounced moves here waiting to happen.

This is the challenge of investing in a company that is in the middle of such a massive merger. Spectra Energy, Enbridge, and all of its subsidiaries are likely going to witness some significant changes to their asset portfolios or corporate structure to realize business synergies. Otherwise, it's just a combined company operating assets in a less-than-optimal way.

With so much of this situation up in the air, it is incredibly difficult for investors to know exactly what they are buying. Those who are buying a company under the Spectra/Enbridge umbrella are likely doing so because they want consistent dividend payments with modest growth built in for years to come. Without that visibility of what assets are owned by which entity and how all of these businesses will be structured long term, it's hard to make that leap of faith for investors.

Considering this, it's probably best for investors to sit back and watch how this merger unfolds over the next couple of quarters and the dust settles.