The self-driving car market is already heating up fast, with the usual big tech names getting most of the attention.

But there's plenty of room in this upcoming $77 billion market for more than just a few companies to benefit, and that's why investors shouldn't overlook what Delphi Automotive (NYSE:DLPH), Baidu (NASDAQ:BIDU), and Qualcomm (NASDAQ:QCOM) are doing in the space. 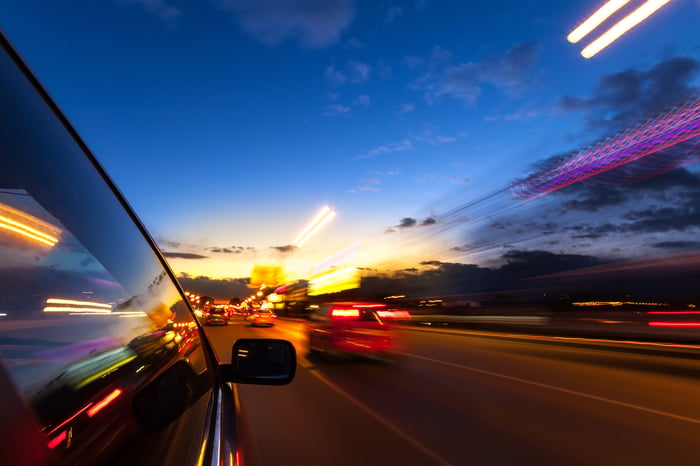 Delphi is a major auto parts supplier that provides cameras, radar, and software for semi-autonomous car features. The company recently partnered with another automotive supplier, Mobileye, to speed up its release of an off-the-shelf, fully autonomous driving system for automotive companies.

If all goes well, Delphi will work with automakers to launch self-driving vehicles by 2021. As one of the largest automotive parts suppliers in the world, Delphi has a distinct advantage in the space. It can use its years of experience, and current automotive relationships, to get its products into the hands of more carmakers.

Investors should be pleased with the company's relatively low price-to-earnigns ratio of 17, compared to the automotive parts industry average of 20, as well as Delphi's 10% year-over-year revenue growth for full-year 2016.

The dominant play in China

China is expected to be the largest self-driving vehicle markets in the word in the next 15 years, fueled by the country's need to scale back both traffic congestion and pollution. Baidu is already testing its driverless car technology on both Chinese and American roads, and plans on releasing mass-produced self-driving technologies in China by 2021.

Baidu will likely make money from self-driving vehicles through some sort of services model, though the specific still aren't set in stone. What is clear is that Baidu is already benefiting from China's relaxed laws for self-driving technology, and that gives the company a leg up.

Up until recently, Qualcomm didn't have much to do with driverless car technology. Sure, the company sold cellular connectivity chips to automotive companies, but that's about it. But toward the end of 2016, Qualcomm entered into an agreement to purchase NXP Semiconductor for $39 billion -- a move that thrust Qualcomm squarely into the driverless car tech space.

NXP has its own off-the-shelf driverless car system, called BlueBox, that allows automakers to easily add driverless capabilities to their vehicles. The device includes sensors, cameras, algorithms, and processors that will allow cars to operate at an autonomous Level 4 (five is full automation) by 2020.

The combined annual revenues of Qualcomm and NXP will reach about $30 billion, according to the company, up from Qualcomm's nearly $24 billion for 2016.

Investors should know that the NXP deal hasn't closed yet, and some investors have been worried that a recent Federal Trade Commission (FTC) antitrust lawsuit could derail the deal. Qualcomm, on the other hand, appears confident that the deal will still happen. If and when it does, Qualcomm will quickly become a major player in the driverless car space.

This is the right time to invest

The driverless car market will be worth $77 billion by 2035, with 76 million semi-autonomous and fully autonomous vehicles on the road by that time. With this market poised to take off very soon, investors looking for a few solid plays in the space would be wise to give to give Delphi, Baidu, and Qualcomm some serious consideration.