Warren Buffett loves buying great stocks at fair prices, but he doesn't hold onto every stock he buys forever. Sometimes, he'll sell stocks after he's made a healthy profit. Other times, he'll sell because something has changed to make the company less attractive to him.

Knowing what stocks Buffett's selling can be important because his investment company, Berkshire Hathaway (BRK.B -0.59%) (BRK.A -0.76%), is so big that when he sells, it can cause share prices to drop. That's a risk investors might not want to take!

Luckily, Berkshire Hathaway files a 13F report with the SEC every quarter that shows exactly what he's been selling, and that can keep you from being unhappily surprised. For example, Buffett sold shares in Wal-Mart Stores (WMT -0.06%), Deere & Co. (DE -0.23%) and Verizon (VZ 0.45%) in Q4. Should you sell those stocks too?

Bailing on bricks and mortar

Warren Buffett has been a longtime owner of Wal-Mart Stores, but he's been selling shares in the retail giant since last spring, and in Q4, Berkshire Hathaway reduced its position in Wal-Mart by 89% to 1.4 million shares. 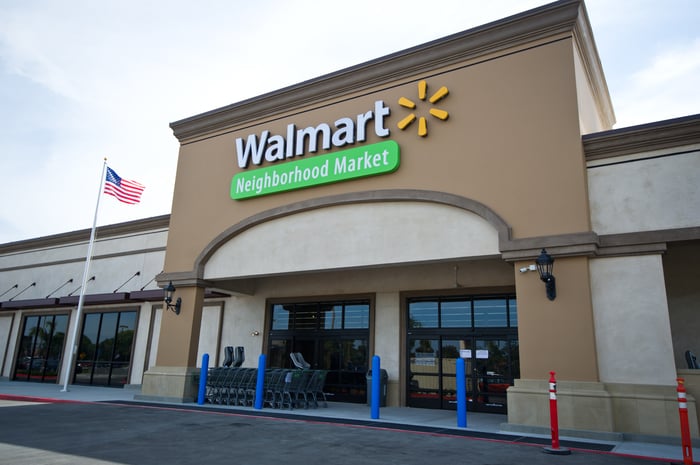 One reason Buffett may be selling Wal-Mart is because the company has been under fire from online retailers, and maintaining market share against those retailers has been hard.

Wal-Mart is nowhere near as troubled as some other traditional retailers, but retail sales figures, and Wal-Mart's own financials suggest Wal-Mart's best days may be behind it. According to the U.S. Census Bureau, e-commerce industry revenue jumped 15.7% year over year in Q3, 2016, and it now represents 8.4% of total retail sales.

Wal-Mart's most recent quarterly earnings report from November shows investors just how tough its been to compete against online retailers like Amazon.com. In Wal-Mart's fiscal third quarter, its sales grew by an anemic 0.7% to $118.2 billion, and through the first nine months of fiscal 2017, its sales also grew by just 0.7% to $355 billion. For perspective, consider that Amazon.com's net sales surged 27% to $136.0 billion in 2016. Based on that comparison alone, it's understandable why Buffett no longer wants Wal-Mart to be one of his biggest holdings.

Warren Buffett was betting that Deere & Co. could recapture some of luster last year, and it seems the farm machinery maker lived up to his expectations.

Deere & Co.'s shares came into 2016 trading in the $70's. But, after a big run up, they finished the year trading at over $100. With Deere's shares rallying to all-time highs, it appears Buffett decided not to push his luck. In the third quarter, he sold 874,185 shares, and in the fourth quarter, he sold his remaining 21.1 million shares.

It's anyone's guess if Warren Buffett will buy shares in Deere & Co. again, but if he does, it's probably not going to be for a while, unless of course, Deere's shares sell-off, or farm income climbs. In 2016, farm income was the lowest since the recession, and that caused Deere's net revenue to fall 8% to $26.6 billion.

Deere & Co.'s ability to turn a profit despite slowing equipment demand is impressive, but the outlook for 2017 doesn't provide a lot of conviction to buy Deere's shares at lofty levels. The USDA net farm income forecast for this year puts it at the lowest levels since 2002, and Deere is projecting that equipment sales will dip by another 1% in 2017. Thus, Deere & Co. may be worth buying only if share prices retreat  Until then, patience is probably best.

Verizon may be the country's biggest wireless carrier, but that fact alone wasn't enough to keep Warren Buffett a shareholder. Berkshire Hathaway sold almost all of its stake in Verizon last quarter.

We may never know exactly why Buffett soured on Verizon, but since Buffett has owned Verizon shares since the middle of 2014, it's possible, depending on the exact timing of his buys and sells, that he was able to book a double-digit percentage profit on his investment in Verizon, and if so, then that gain might have been enough to convince him to sell into growing industry uncertainty.

Last year, Verizon decided to buy Yahoo! to merge it with its AOL business, but after a high-profile data breach, pressure has mounted for that deal to be renegotiated to reflect damage to Yahoo!'s brand. Rumors are that Yahoo! may agree to a $250 million haircut to appease Verizon, but even at that lower price, it's not a given that this deal will be a big win.

Adding to Verizon's uncertainty is the fact that it might need to do more deals just to keep pace with AT&T. AT&T bought DirecTV in 2015, and this week, Time Warner shareholders approved AT&T's $85 billion acquisition offer. As competitors push deeper into video, Verizon could have to make its own big splash, and that could be costly. Depending on how costly, that could be enough to send investors to the sidelines.