"When it comes to maintaining a basic international order ... us having the most powerful military on Earth helps [to] check the impulses of some other bad folks. We ... are the ones who are pushing back [against bad actors] most effectively." 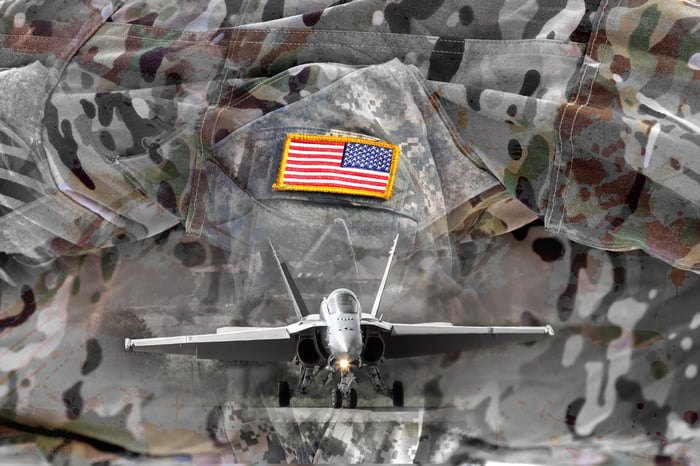 Americans may complain about our cable companies and cellphone carriers. We may question the integrity of car dealers and joke about wanting to get rid of our lawyers. But when it comes to bad reputations, it's hard to beat the bad rap that defense companies such as Lockheed Martin (LMT -0.16%) and Raytheon (RTN) get: Goodness gracious! These companies make products that kill people!

And yet, when TV talk show host Bill Maher asked President Obama to justify supporting the defense industry with hundreds of billions of taxpayer dollars annually, the president's response was telling: It's a good thing that we have a strong military, and a strong defense industry to support it. As the president put it himself: "We really are the indispensable nation... If you have a rogue nation that decided it was going to take action that significantly threatened a lot of people, I'd want to know that the U.S. military was there ... because for the most part, other countries don't have either the capacity or the inclination" to do the job.

Like your car? Then you should love defense companies

America imports about 24% of the oil we consume daily -- 9.45 million barrels of oil per day, much of it coming from dangerous neighborhoods around the globe. This oil then gets processed into gasoline and diesel to fuel our cars ,and chemicals for our industry, and we turn around and reexport 4.74 million barrels of it a day. The majority of these imports and exports travel by oil tanker across international seas.

For that matter, widen the lens a bit. More than just oil, the U.S. imports more than $2.2 trillion worth of various goods annually, and we export nearly $1.5 trillion worth -- again, with much of this commerce traveling by sea.

The problem is, these seas lack any form of international police force, and unless someone takes on the task of protecting oceangoing commerce, such international trade can be interrupted. (It doesn't take much to interrupt it, either, if you recall the troubles oil companies had a few years back with AK-47-toting pirates off the Somali coast.) And who built the boats that curbed those pirates? U.S. defense contractors and naval warship-builders like General Dynamics (GD -0.17%), and drone manufacturers such as Boeing (BA 3.84%) and Northrop Grumman (NOC 0.71%).

Speaking of General Dynamics and Boeing -- along with Northrop Grumman, Lockheed Martin, and Raytheon, these are the biggest defense contractors in the U.S. And they're also just plain big companies (and employers), period. From Boeing, with its market capitalization of more than $100 billion, to Northrop and its relatively svelte $40 billion market cap, America's five biggest defense contractors represent more than $310 billion in market value.

International ruffians may be bad for business generally, but making sure bad actors don't disrupt global security has been great for the defense business. The rising threat posed by ISIS in Iraq and Syria has particularly helped to more than double the share price of Boeing stock over the past five years. It's pushed up the price of General Dynamics shares by more than 150% in that same time period, and sent Lockheed Martin up nearly 190%.

Raytheon? That stock has close to tripled in value over the past five years, and Northrop Grumman stock, helped by a big buyback program, has nearly quadrupled to more than $230 per share.

Defense, but not just defense

And let's not forget, too, that these companies do more than just build bombs and missiles. In addition to nuclear submarines, General Dynamics builds fuel-efficient "ECO" class civilian tankers. In addition to being one of the world's biggest defense companies, Boeing is also the biggest builder of civilian airplanes in the world. And Lockheed Martin -- get a load of this! -- is a pioneer in researching nuclear fusion technology to produce cheap, clean, inexhaustible energy for the world. At the same time, both Boeing and Lockheed Martin, through their United Launch Alliance joint venture, are instrumental to NASA's efforts to put human astronauts on Mars.

Wave a magic wand to make these "defense" companies go away, and not only would the world become a more dangerous place, but a lot of the completely peaceful work they do would also vanish.