Jason Hall, Dan Caplinger, and Keith Noonan
(TMFVelvetHammer)
Author Bio
Born and raised in the Deep South of Georgia, Jason now calls Southern California home. A Fool since 2006, he began contributing to Fool.com in 2012. Trying to invest better? Like learning about companies with great (or really bad) stories? Jason can usually be found there, cutting through the noise and trying to get to the heart of the story. Follow @TMFVelvetHammer

Inflation can destroy profits for companies in multiple ways. Not only does it often increase their expenses as suppliers raise prices, but it can hurt sales, as consumers feel the pinch and cut back on their spending.

If you're worried that your portfolio doesn't hold enough companies built to battle the effects of inflation, it may be time to add a few new investments to the mix. Consider two global brand titans with big pricing power in The Coca-Cola Co (NYSE:KO) and Nike Inc (NYSE:NKE), as well as a diversified giant with exposure to multiple industries, Berkshire Hathaway Inc. (NYSE:BRK.B)(NYSE:BRK.A). 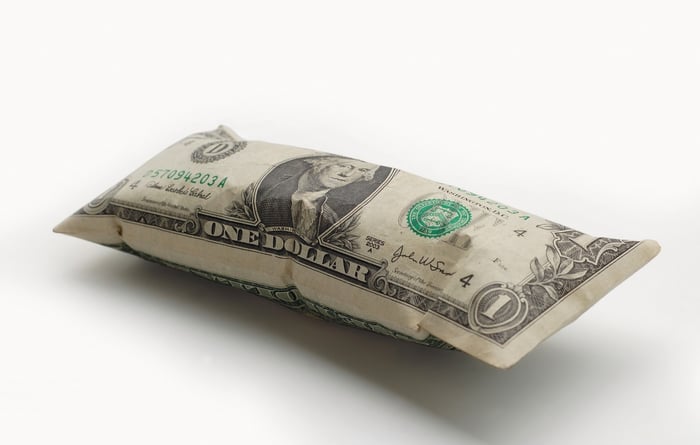 Here's a closer look at why our contributors say these stocks are ideal inflation-beaters.

Coke's dividend and pricing power make it a perfect inflation-beater

Keith Noonan (Coca-Cola): Coca-Cola's dividend, brand portfolio, and reasonable valuation make it a low-risk stock that investors aiming to beat inflation should consider adding to their portfolios. Dividend stocks are especially good during periods of high inflation, when many bonds can produce negative yield due to the rate of currency depreciation, and the world's largest non-alcoholic beverage company offers one of the best dividend profiles around. Coca-Cola's dividend yields a chunky 3.5%, and the company's 54-year history of annual payout increases suggests that it's reasonable to expect the company's dividend to continue growing.

Coca-Cola also has pricing strength working in its favor. The beverage company's stable of high-value brands (the company has 20 individual brands that each generate at least $1 billion in annual retail sales) give it great pricing power and help to generate strong margins. Coke recorded $41.86 billion in revenue in fiscal 2016 with a cost of goods of just $16.47 billion -- good for a 60.7% gross margin. Coca-Cola's brand strength suggests that the company has the ability to increase prices in order to offset the effects of inflation.

Trading at roughly 21.5 times forward earnings, Coca-Cola is fairly priced in comparison to the S&P 500's forward P/E of 18, and it looks like a great stock for beating the effects of inflation.

Nike can race past inflation (for the same reason as Coke)

Dan Caplinger (Nike): The key to being able to beat inflation is finding a company that commands enough pricing power to pass through any cost increases to its customers. That description fits Nike perfectly, because the athletic shoe and apparel giant has built up a brand that's worth billions and known across the globe. Nike products command premium prices in retail establishments, and that actually puts the company in a position to benefit from inflation. When the manufacturer's costs rise, it represents a smaller relative price increase in comparison to a premium-priced brand-name product than on a discounted product, and Nike can choose to make an even larger price increase that covers costs and boosts overall profit.

Nike stock performed poorly in 2016 because the competitive environment in athletic apparel got much fiercer. However, some of Nike's rivals have started to see growth slow down, and even though the international market still has plenty of other players in the industry, the Oregon-based groundbreaker in athletic footwear has pulled out all the stops to sustain and build its share of the fast-growing market. While other retailers suffer from inflation, Nike is in a position to use it to its advantage going forward.

Jason Hall (Berkshire Hathaway): Besides Berkshire's major stakes in companies (like Coca-Cola) with big pricing power, many of its wholly owned subsidiaries -- including its utility, insurance, and consumer staples brands -- have attributes that position them well to deal with inflation.

For instance, Kraft Heinz and Geico both sell products consumers aren't likely to stop buying simply because of inflation, and both companies have the ability to increase prices to deal with inflationary pressures on their expenses. Then there's Berkshire's utility business. Not only is Berkshire Hathaway a major producer of renewable energy -- and inflation doesn't make wind energy more expensive -- but utilities by their nature are recession and inflation-resistant (at least from the effect of reduced consumption, if not capable of quickly increasing prices).

Furthermore, Berkshire is incredibly diversified, has very little debt, and gobs of cash on its balance sheet. All of these things position the company very well to ride out inflation, and likely emerge even stronger and more profitable on the other side.