Yamana Gold (NYSE:AUY), a leader among gold-mining stocks, recently released its Q4 earnings. Yamana reported revenue of $484.4 million for the quarter and adjusted earnings of $0.01 per share. But there's much more to a company's quarterly performance than just one number, so let's dig in and mine the report for some of the more interesting nuggets.

In the fourth quarter, Yamana Gold reported earnings before interest, taxes, depreciation, and amortization (EBITDA) of $148.4 million -- a 9% increase over the $117.4 million that it reported during the same period last year. Though it's merely one of several metrics used to gauge a company's earnings, EBITDA is a valuable figure in helping to discern a company's financial health. 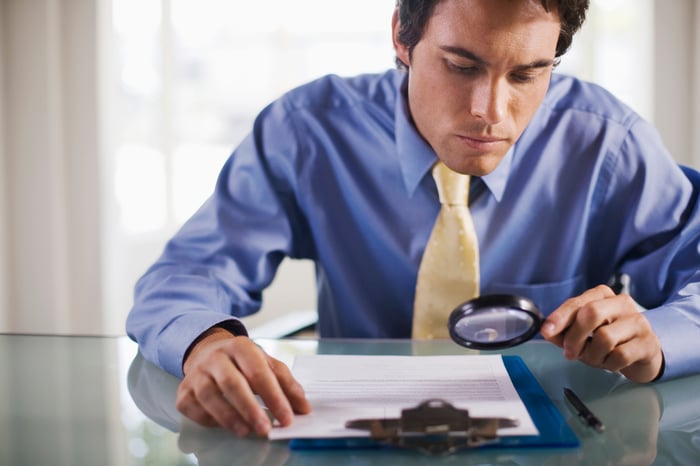 By taking the company's net debt and dividing it by its EBITDA over the past 12 months, we can gain insight into the company's leverage. In fact, lenders will often apply the net debt-to-EBITDA ratio as a covenant for lending. Moreover, many investors consider a ratio over 4.0 to be a warning sign. In a recent report on the mining industry, PwC suggested miners with a ratio above 4.0 deserve caution. Working to improve its financial health, Yamana Gold's management has repeatedly identified a long-term target of a net debt-to-EBITDA ratio of 1.5 or better.

As a result of EBITDA growth in the fourth quarter (and the rest of the year), Yamana Gold's net debt-to-EBITDA ratio at the end of 2016 equals 2.48 -- an improvement over the 3.26 it was at the end of fiscal 2015 and a positive step in the direction of its long-term goal.

When we consider the company's net free cash flow in the context of the full year, we find anything but a struggle. Reporting $37.4 million in net free cash flow for fiscal 2015, the company reported significant growth -- more than fivefold -- during the recently completed year: $211.2 million.

Moving forward, management expects free cash flow growth to continue based on the potential value of the assets currently found in its portfolio. On the conference call, management suggested that, even though production levels at El Penon in Chile have decreased, both lower sustaining and exploration capital expenditures "will maintain El Penon as one of [its] top free cash flow generators."

Whereas Yamana Gold, in the past, had relied on strategic acquisitions and organic growth to grow its portfolio in the past, management revealed the company is "currently in an organic growth phase." And figuring prominently into that strategy is Cerro Moro. Located in Argentina, the Cerro Moro mine -- expected to begin gold production in early 2018 -- will be the company's seventh gold-producing mine. Management estimates that Cerro Moro's average annual gold production will total approximately 130,000 gold ounces.

During the fourth quarter, the company made significant progress in bringing the mine closer to production. For example, it completed 100% of the planned underground mine development, and the ramp-up of site construction continues ahead of schedule.

In addition to the prospects that Cerro Moro represents as a gold-producing mine, the potential also exists for the mine to be a valuable asset in terms of silver production. In its earnings report, management acknowledged in the fourth quarter "an opportunity was identified to better exploit the very high silver grades at the project." This could increase the expected 6.4 million ounces of silver production. For context, of the company's three silver-producing mines, El Penon produced the most silver in fiscal 2016: 6.02 million ounces.

Yamana Gold may not have had the flashiest of quarters, and plenty of investors, apparently, were not satisfied -- shares dropped 10% the day earnings were released. But the company's long-term strategy remains intact, which bodes well for patient, long-term investors.