Mark Twain's observation that "history doesn't repeat itself, but it does rhyme," serves as something of a cautionary tale for those thinking about investing in Snap's (NYSE:SNAP) upcoming blockbuster IPO.

Snap is the most hyped tech IPO in recent years, and the media furor will likely reach a fever pitch in the coming weeks. In examining their recent history, though, tech mega-IPOs almost universally produce abysmal near-term results for average investors, which is why investors should stay far away from Snap's coming IPO. 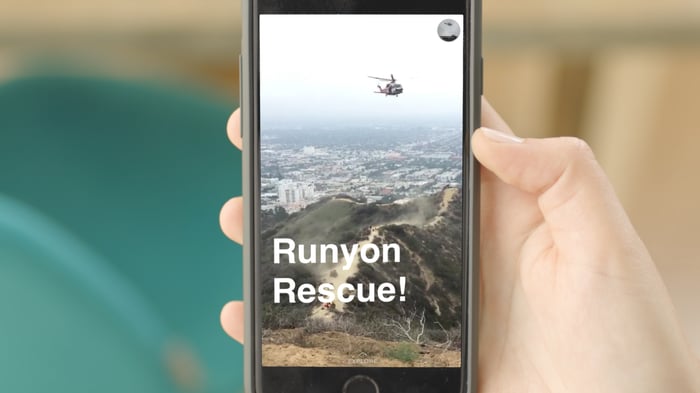 Giant tech IPOs: a raw deal for you

IPOs like Snap are a rare breed. In looking for companies comparable to it, I looked for listings that sported a post-IPO valuation above $5 billion, went pubic after 2010, and employ a consumer-facing business model. This resulted in an admittedly small sample of highly hyped tech IPOs including Facebook (NASDAQ:FB), Twitter (NYSE:TWTR), Groupon (NASDAQ:GRPN), and Zynga (NASDAQ:ZNGA). For transparency's sake, I opted to not include Chinese e-commerce giant Alibaba in this list because its geographic focus and scale made it fundamentally different than the above tech IPOs, although including it wouldn't have changed the outcome of this analysis.

It bears noting that the opening prices listed here are the first available prices at which ordinary investors could buy shares. For example, Facebook priced its IPO shares at $38.00 per share, but investor demand for its stock increased its price to $42.05 once trading actually commenced. The high-level point remains the same, though. Such high-priced IPOs tend to fall precipitously -- an average of 53% -- in the year after their public market debuts, which should serve as a wake-up call for any investors considering buying Snap stock in the wake of its coming IPO.

Those expecting a sweetheart deal for Snap have another thing coming. During the company's IPO roadshow -- in which Snap pitches its own financial outlook and investment thesis to institutional investors around the world -- the company reports indicate that it plans to conduct its public debut at a valuation range that prices the entire company between $19.5 billion and $22.2 billion. If that ends up being the case, here's the scope of potential price-to-sales ratios where the company will debut.

Remember, the above figure is a multiple of sales, not profits. Snap has yet to ever turn a profit, even as its sales have grown substantially in recent years.

More concerning still is that Snap's user growth has slowed dramatically in recent years, potentially because of new offerings from competitors Instagram, Snow, and others. As of December 2016, Snap claimed 161 million daily active users (DAUs) and counting, up 46% from the same month in 2015. Though still expanding at an impressive clip, the dramatic slowing in its growth rate and the relatively small size of its user base call into question whether Snapchat can live up to its lofty valuation.

To be sure, there are a number of potential issues with this analysis. The small sample size admittedly makes this exercise far from scientific. Moreover, the companies in question have gone in dramatically different directions after the one-year anniversaries of their IPOs. Facebook has gone on to become one of the best-performing tech stocks of its generation, while Zynga and Groupon shares descended to new lows. As such, this indictment should be seen exclusively as a statement on Snap's IPO pricing, not as a criticism of the company's long-term prospects.

With that being said, enough quantitative and qualitative aspects of the coming Snap IPO align with this peer group to merit a warning to the individual investor. In the coming weeks, Snap will become one of the most widely discussed companies in the world. However, those tempted to buy Snap stock in its public market debut should remember that history suggests you might want to think twice before doing so.