Please ensure Javascript is enabled for purposes of website accessibility
Log In Help Join The Motley Fool
Free Article Join Over 1 Million Premium Members And Get More In-Depth Stock Guidance and Research
By Joe Tenebruso – Feb 27, 2017 at 8:35AM

WageWorks (WAGE) delivered a solid increase in fourth-quarter revenue, as the administrator of health, commuter, and other employee benefits continues to win new business at a rapid clip. 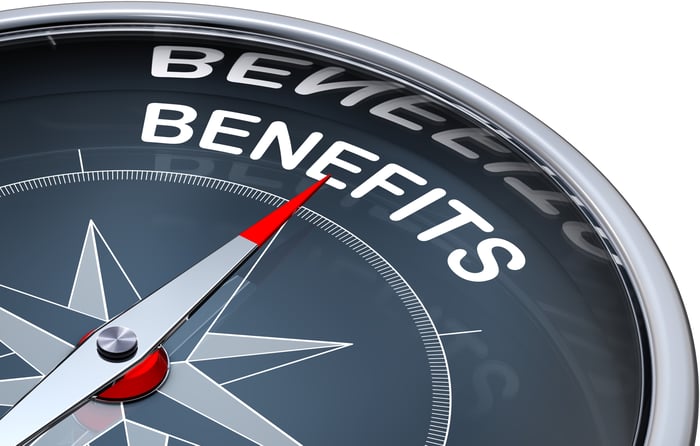 "We now administer consumer directed benefits for just over 100,000 employers, up from 58,000 at the same point in time last year," said CEO Joe Jackson during a conference call with analysts. "This significant growth in new employers directly correlated to an increase in the number of participants we serve, with that number jumping from 4.5 million in January 2016 to approximately 6.5 million participants as of Jan. 31, 2017."

Still, WageWorks' fourth-quarter margin declined, with gross margin and non-GAAP operating margin falling to 60% and 22%, respectively, down from 65% and 25% in Q4 2015. However, this drop was largely due to non-recurring investments related to the onboarding of new clients and expenses associated with the integration of WageWorks' recent acquisitions.

All told, EBITDA (earnings before interest, taxes, depreciation, and amortization) -- adjusted to exclude stock-based compensation, acquisition-related expenses, and certain other items -- increased 12% to $28.8 million. And adjusted net income rose 13% to $13.6 million, or $0.36 per share.

Looking even further ahead, Jackson shared WageWorks' updated three-year outlook with investors during the company's earnings call, including:

"As we look toward 2017, I have never been more excited about the opportunities we see and our ability to continue adding market share," Jackson added. "Market dynamics continue to support greater interest and participation in consumer directed benefits, and our integrated multiproduct platform and full suite of offerings position us very well."