WageWorks hasn't filed a 10-Q in a year. Here's what to expect when it does.

With its stock down 52% over the last 12 months, shareholders of WageWorks (WAGE) have had a rough time of things in 2018 -- but one banker thinks the stock is poised to shine.

Saying they have "greater comfort ... that WAGE has retained its key channel partners in the wake of last year's loss," analysts at JMP Securities announced they're upgrading WageWorks to market outperform and assigning the shares a $37 price target. (WageWorks closed below $30 last week, so that's about a 25% profit if JMP is right.) And yet, this is kind of a curious upgrade -- seeing as this same JMP Securities downgraded WageWorks stock less than three months ago!

What is it that has JMP rethinking its pessimism about WageWorks today, after the stock has suffered three more months of underperformance since its last downgrade? Here's what you need to know. 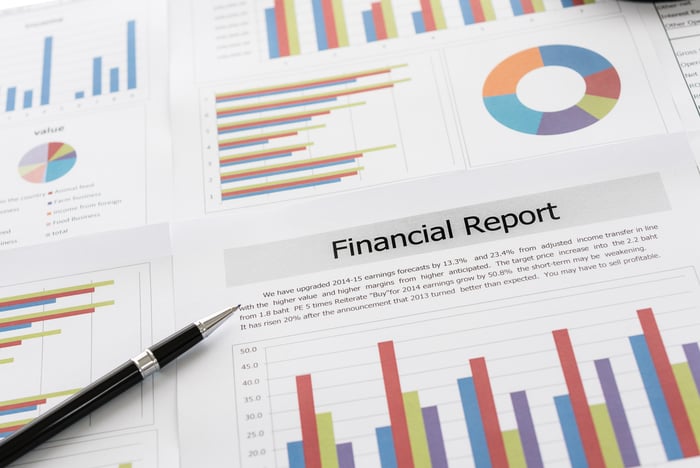 WageWorks shareholders haven't seen one of these in more than a year. Image source: Getty Images.

What went wrong at WageWorks

Let's review. It's been more than a year since WageWorks last filed an official 10-Q report with the SEC updating investors on its financial position. Ever since that 10-Q -- which came out way back in November 2017 -- WageWorks has mostly confined itself to submitting "NT" reports advising that it's so confused by its own accounting, it can't possibly file a reliable 10-Q (quarterly) or 10-K (annual) report to tell investors how it's actually doing, or 8-K reports explaining why it's so confused.

In the most recent such 8-K, which came out last month, WageWorks explained that while it's pretty sure it hasn't conducted any actual "illegal acts," it doesn't believe that any financial reports it has filed since June 30, 2016, can actually be "relied upon" -- and all need to be "restated." The company is plagued by "material weaknesses in its internal control over financial reporting."

Nevertheless, WageWorks noted that so far as it can tell, it thinks it's still growing revenue at about 1% to 4% annually, has about $1 billion in cash and equivalents in the bank, and is adding to that hoard, earning a positive "adjusted EBITDA margin" in 2018. (Before you get too excited, though, the company says it also has "$245 million of long-term debt" and "approximately $647 million of customer obligations," so not all that cash is actually WageWorks' to play with.)

Why JMP Securities likes about that

It's encouraging to see WageWorks' cash reserves rise (at last report, S&P Global Market Intelligence had its cash reserves still sitting below $900 million). The "customer obligations" number also appears to have improved, assuming that number corresponds to the $710 million in "unearned revenue" that WageWorks reported way back in September 2017.

JMP says that it believes the company's business remains "relatively stable" and even "moderately defensive," in a note covered by StreetInsider.com (subscription required). JMP also thinks the company is continuing to generate "significant cash" despite its accounting and stock price difficulties. As regards WageWorks' 1% to 4% revenue growth rate, meanwhile, JMP notes that "the secular growth outlook for consumer-directed benefits other than HSAs is modest," so perhaps low-single-digit sales growth is the best that can be hoped for here.

Perhaps more importantly, though, JMP believes that with WageWorks stock now down 38% from the point at which it last downgraded it, its valuation has now become sufficiently compelling that even a 1% to 4% growth rate could make it a buy.

"[T]he intensifying sell-off in the shares recently," argues JMP, has WageWorks stock selling for just 2.5 times its last reported annual revenue (and with cash netted out, the valuation drops to closer to 1.1 times). This, thinks JMP, gives the shares "a risk/reward trade-off that is now more biased to the upside." Of course, to be certain exactly how much upside there is to the stock, investors really need to get better insight into WageWorks' numbers. Fortunately, JMP believes that these numbers could soon get a whole lot clearer.

In last month's update, you see, WageWorks noted that it has jettisoned its old auditing firm, KPMG, in favor of a new team from BDO USA. (And the company hired a second audit firm, Macias, Gini & O'Connell, to audit its fiscal 2016 results.) In JMP's view, the hiring of the new auditing firms is evidence of WageWorks' "very strong commitment and plan to wrap up the audits and become an up-to-date SEC filer prior to the March 16 NYSE deadline." This suggests that after waiting for more than a year to find out exactly how well WageWorks is doing, investors may finally see their patience rewarded within the next three months.

Will JMP be proven right about that three months from now -- just as it was right to downgrade WageWorks stock three months ago? Tune back in March, and we'll find out.