Last night's update was less of an "earnings report" and more of a "we have no idea what we earned" report.

Last year was a miserable one for WageWorks (WAGE) shareholders, who watched their shares shed 10% of their value as WageWorks management struggled to come to grips with accounting issues and mass departures among upper management.

This year could be even worse.

Yesterday, WageWorks issued an "update on business and financial reporting matters" after close of trading. The gist: WageWorks still doesn't have any idea what it earned in 2017, isn't 100% sure what it earned in 2016, either, and can only guess at what it might earn in 2018 (which is already three-quarters over, by the way, so you'd kind of think they would). While the late issuance of Wednesday's update delayed the inevitable sell-off, it couldn't prevent it entirely. WageWorks stock resumed trading this morning, and the stock is already down 15%.

Thanks to JMP Securities, that sell-off is only going to get worse. 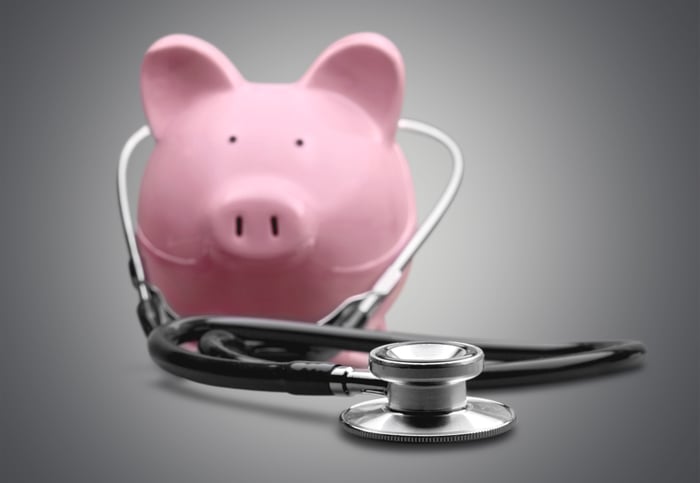 Jumping out ahead of what it called "the expected sell-off in the shares today," JMP Securities analysts got up bright and early to downgrade WageWorks stock at 4:02 a.m. EDT this morning, according to StreetInsider.com. JMP cited two main reasons for its concern.

Firstly, despite having only vague and incomplete numbers to work with pending WageWorks' restatement, JMP estimates that WageWorks stock is currently trading at a "13.7x multiple of enterprise value to 2018 EBITDA guidance." In JMP's view, though, investors shouldn't pay more than "10-11x EV/EBITDA" until WageWorks can give us a better idea of how fast it will be able to grow revenue "over the next few years."

An update that isn't, really

The second major reason JMP cites, of course, is its expectation that investors will not be pleased with what they read in WageWorks' yesterday "update" -- an expectation that's proven more than correct, with WageWorks stock down 15% already.

What was it exactly that WageWorks revealed in its update that so upset investors? Let's review:

None of this feels particularly encouraging, to say the least.

On top of all that, WageWorks noted that it had to seek an extension from the NYSE to keep its stock listed while it continues to work on its restatement. The extension date -- March 19, 2019 -- implies investors may need to wait another six months before they get a final answer on how WageWorks is doing.

I have my doubts investors will be that patient, after having waited so long for answers already.

Are accounting issues infecting the business?

Given all of the above, you can understand why investors would be upset with WageWorks stock right now -- and investors may not be the only ones getting frustrated. One point that JMP didn't address in its note today, but that I believe investors must consider, is the possibility that WageWorks' accounting issues are starting to bleed over into the real world and infect its business.

Discussing its expectations for 2018, WageWorks noted that, "renewal rates across [its Health Savings Accounts] business remain in line with historical levels of greater than 90%." However, Flexible Savings Account and COBRA revenues "are being impacted by higher than expected attrition from acquired account migration and the loss of a partner as they transitioned to their own platform."

WageWorks doesn't come right out and say it, but this sounds to me like WageWorks' partners and customers are starting to question the wisdom of remaining associated with a company that's had at least six months now to get its accounting statements in order -- and failed to do so. If WageWorks can't even get its own numbers right, customers may be wondering, is it really a good idea to trust WageWorks with their COBRA and FSA accounts?

If this is what's happening on the business side at WageWorks, it may be the best argument of all for downgrading WageWorks stock.