Please ensure Javascript is enabled for purposes of website accessibility
Log In Help Join The Motley Fool
Free Article Join Over 1 Million Premium Members And Get More In-Depth Stock Guidance and Research
By Joe Tenebruso – May 8, 2017 at 10:00AM

WageWorks (WAGE) reported first-quarter results on May 4. The administrator of health, commuter, and other employee benefits is enjoying sharply higher sales and profits, aided in part by its recent acquisitions. 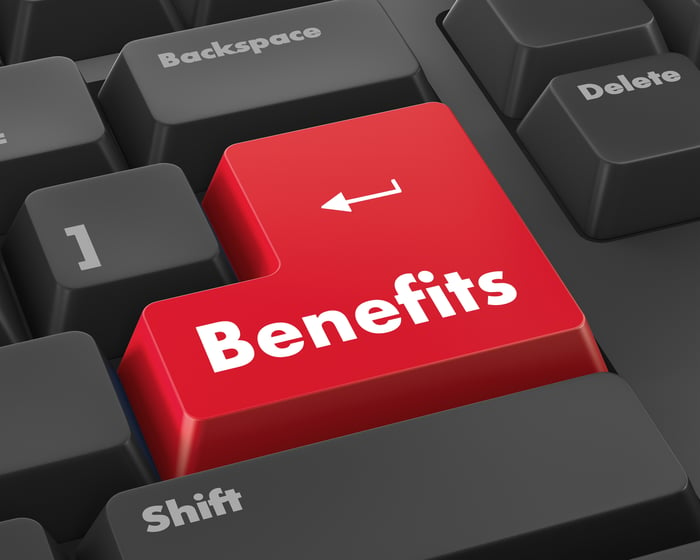 WageWorks' healthcare sales surged 47% to $74 million, boosted by a 55% year-over-year increase in flexible spending accounts. COBRA revenue rose an even more impressive 84%, to $28.3 million, fueled by the Consumer Health Spending Account and Consolidated Omnibus Reconciliation Act businesses WageWorks acquired from Automatic Data Processing (ADP -0.69%) in November. And commuter revenue was $18.4 million, an increase of 6%. Together, this helped drive WageWorks' total revenue higher by 44%, to $125 million.

"Our selling season is off to another record setting pace, the pipeline is strong, as is the demand across all of our products," said CEO Joe Jackson during a conference call with analysts. "We're making excellent progress integrating ADP, CHSA, and COBRA businesses and expanding our reach in the commuter space."

Jackson also noted that WageWorks' has strengthened its relationship with ADP since the closing of the deal.

We are extremely pleased with the number of sales leads from the ongoing partnership we established with ADP, as part of the acquisition last November. We're currently pursuing close to 500 new business opportunities from this relationship alone, representing several million dollars in revenue.

WageWorks is also becoming more profitable as it grows. EBITDA (earnings before interest, taxes, depreciation, and amortization) -- adjusted to exclude stock-based compensation, acquisition-related expenses, and certain other items -- jumped 44% to $36.1 million. Adjusted operating income was $30.8 million, signifying growth of 52%. And adjusted net income surged 48%, to $17.6 million, or $0.46 per share.

WageWorks also raised its 2017 full-year sales and EBITDA guidance, including:

Additionally, WageWorks reiterated its guidance for full-year adjusted EPS of $1.75 to $1.80.

"In summary, we are pleased with our first-quarter performance and believe we're well positioned for continued success in 2017 and beyond," said CFO Colm Callan.