If you're trying to narrow down a list of dividend stocks that can still be bought with markets near all-time highs, you ought to consider Microsoft, UnitedHealth Group, and Johnson & Johnson.

Despite the stock market's big run-up, shares in Microsoft (MSFT -1.94%), UnitedHealth Group (UNH -0.74%), and Johnson & Johnson (JNJ -0.71%) could still be heading higher. If so, investors savvy enough to have added these three top dividend stocks to their income portfolios could make out handsomely, because all three companies have an opportunity to overdeliver on cash flow and profit.

A technology titan turning the corner

It wasn't too many years ago that investors were shunning Microsoft shares, fearful that a dying PC market would be the end to this company's long winning streak. However, a portfolio of cloud software products that are perfectly suited to today's decentralized workplace has caught fire with companies of all sizes, and that's rekindled interest in this technology powerhouse. 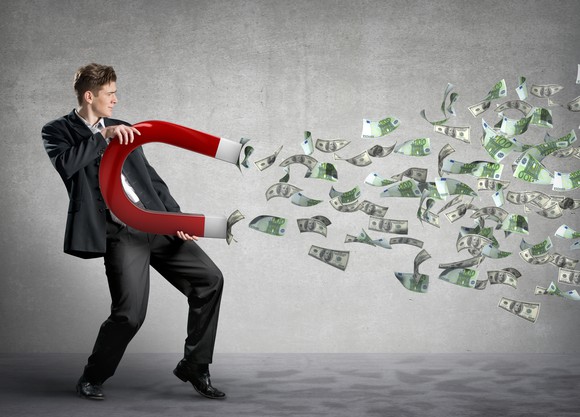 To be clear, the company's still got more work to do. The PC business is still tough, but next-generation solutions are growing quickly, and because of their high margins, they're providing profit-friendly tailwinds. In its fiscal first quarter of 2018, the company's personal computing business declined 1% from a year ago, but productivity and business processes revenue grew 28% to $8.2 billion, and intelligent cloud segment sales grew 13% to $6.9 billion.

Productivity and business processes growth was driven by 42% increase in Office 365 commercial revenue, while intelligent cloud sales were driven by 89% growth for Azure, Microsoft's app development and management business.

Overall, growth in Microsoft's higher-margin businesses helped the company deliver net income of $6.6 billion, up 16% from last year, and diluted earnings per share of $0.84, up 17% from a year ago. That profit growth bodes well for dividend investors because it means there's more money available for dividend hikes. Currently, investors are getting $0.42 per share in quarterly dividends, up from $0.39 per share in quarterly dividends last year. As a result,  Microsoft's shares still yield a competitive 1.9%, despite a run-up in its share price.

A huge amount of uncertainty exists in the health insurance industry right now. Donald Trump's winning the White House in 2016 means that a repeal and replacement of Obamacare is still possible, and while it's not clear yet what a replacement will be, big insurers like UnitedHealth Group, the nation's largest insurer, could be rewarded.

After losing hundreds of millions of dollars selling Obamacare plans, UnitedHealth Group became one of Obamacare's biggest critics. The company decided to exit most of the Affordable Care Act's exchanges in 2016, and in 2017, it only offered plans in a handful of states, down from more than 30 states in 2016.

Since UnitedHealth Group's already exited the majority of the ACA state exchanges, a repeal is likely to be far less disruptive to it than it is to competitors. The company's vast experience in managing health insurance plans, however, means it's still one of the best-positioned companies to profit from any Obamacare replacement.

Despite losing money on Obamacare in 2016, UnitedHealth Group remains one of America's most financially healthy insurers. Strength in its Medicaid, Medicare, and employer health insurance businesses more than offset Obamacare headwinds in 2016, and as a result, full-year operating profit jumped 20% to $13 billion and adjusted earnings per share grew 25% to $8.05 in 2016.

Assuming Congress does end up replacing Obamacare at some point with a more profitable alternative, the potential for UnitedHealth Group to grow its bottom line in the coming years is significant. But even if an Obamacare replacement is a dud, UnitedHealth has shown it can still deliver plenty of dividend-friendly bottom-line growth. Job growth is boosting enrollment in its workplace insurance plans and aging baby boomers offer tremendous growth for its Medicare Advantage plans.

Perhaps no company is more deeply tied to global healthcare markets than Johnson & Johnson. Its over-the-counter brands are some of the planet's most widely recognized, and its pharmaceuticals and medical devices are among the most popular choices among doctors worldwide.

Granted, the drug industry is a hypercompetitive and expiring patents means more competition is coming, but management has decades of experience navigating patent risk, and with some of the deepest pockets in the industry, I'm confident Johnson & Johnson will innovate new drugs that help it sidestep its competitors.

Overall, if you want to own fast-growing dividend stocks in your income portfolio, then there could be better options, but if your goal is to own a steady-Eddy performer with an enviable track record of dividend increases, then it's hard to argue against buying Johnson & Johnson's stock.