Shares of the Pollo Tropical and Taco Cabana parent are reeling after a trifecta of concerning news.

Shares of Fiesta Restaurant Group Inc. (FRGI 4.42%) were down 23% as of 1:26 p.m. EST Tuesday after the company announced disappointing fourth-quarter 2016 results, suspended its sale process, and appointed a new CEO. 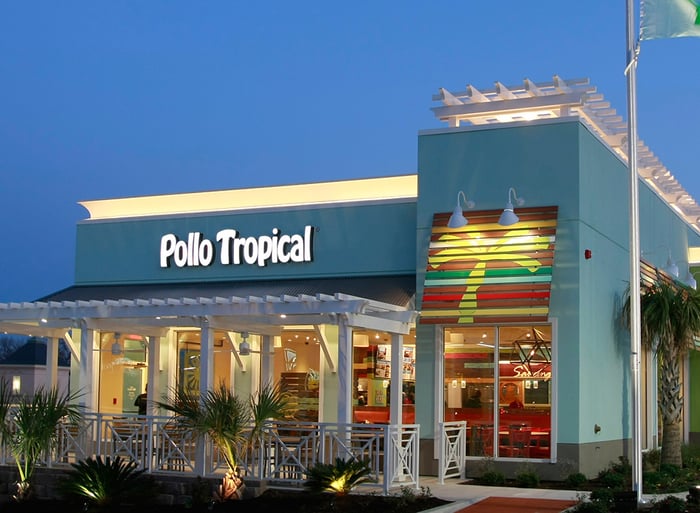 In addition, after four months of evaluating "a range of strategic alternatives potentially available," Fiesta announced it has opted to suspend its sale evaluation process as no potential suitors presented final proposals to acquire the company. Fiesta also reiterated there are no plans to spin off either of its flagship restaurant brands.

"As a result," Meisenheimer added, "we have a reset and a growth plan that we will refine further under Rich's leadership. This year the company plans to slow down development, focus on building consistent and sustainable growth, and to plan for the future."

In the end, this news is obviously disappointing for short-term investors who were betting on receiving a hefty acquisition premium. And it doesn't help that Fiesta's results came in below expectations in the fourth quarter. So while the company might well turn itself around as it refines and implements its new growth plan, it's no surprise to see shares plunging today.