It's been a rough year for investors in Fiesta Restaurant Group (NASDAQ:FRGI), owner of the Pollo Tropical and Taco Cabana restaurant chains. Revenue is down, profits are gone, and some locations have closed. These results have sent the stock down over 40% this year.

As bad as it's been, in Fiesta's third-quarter earnings call, management suggested that the company is beginning the first chapter of its turnaround story, but it feels like we've read this book before. 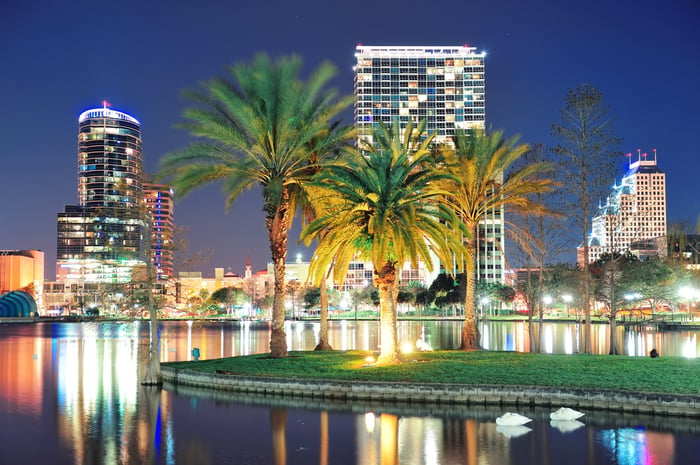 Revenue for the third quarter was $164 million, down 6% year over year. It decreased due to restaurant closures and a decline in traffic. Of Fiesta's two brands, neither is solely responsible for the poor results -- comparable-store sales fell 3.8% at Pollo Tropical and 4.8% at Taco Cabana.

However, of this $0.84 per share loss, most of it -- $0.73 per share -- was the result of Taco Cabana's goodwill write-off. Over the last two quarters, Fiesta has written off all of Taco Cabana's $67 million in goodwill. Since goodwill writedowns exist only on paper, it isn't actually cash going out the door, but it's still a loss of value for the company.

Fortunately, Fiesta no longer carries any goodwill related to Taco Cabana, but it does still carry $56 million in goodwill for Pollo Tropical. Hypothetically, that could be written off some day as well, but right now, Fiesta has no reason to since the "fair value" of Pollo Tropical exceeds that amount.

There are a couple of bright spots for the business right now. While the company had closed about 12% of its restaurants since its 2016 peak, its footprint has started growing again. There haven't been any net restaurant closures for either restaurant chain since the fourth quarter of 2018. Furthermore, the company is growing its delivery business (currently just 2.3% of sales) in a unique way, by creating a delivery menu designed to produce a desired profit margin.

CEO Richard Stockinger, in his third-quarter comments, said he believes the Pollo Tropical brand has significant opportunity to grow by opening new locations. Because of this, the company is currently working with research firms to position the brand for expansion and is expected to develop an expansion strategy throughout 2020.

If growing Fiesta's business through expansion sounds familiar, that's because the company already tried it. Earlier this decade, Fiesta -- specifically the Pollo Tropical brand -- was one of the hottest growth stories in the restaurant industry. The following chart shows both company-owned and franchised locations (about 13% of locations are franchised currently).

Fiesta's original expansion was logically flawless. Taco Cabana operated exclusively in Texas, while Pollo Tropical operated exclusively in Florida. Both were growing comps. The plan was to expand beyond those home markets into big cities like Atlanta, and also expand Pollo Tropical into Texas to take advantage of the company's existing infrastructure. While logical, it ultimately failed. Now each chain has retreated back to its respective home market.

Ultimately, investors will just need to wait until some time in 2020 to hear what the expansion plan actually is. While I can't imagine a plan better than what the company already unsuccessfully tried, it's worth reserving judgment until it develops.

But it's normally a bad idea to expand a brand by opening new restaurants when comps are falling in what should be the best locations -- the home markets of Texas and Florida. While waiting for the expansion plan, I'll be watching comps and expect the company to grow for at least a few consecutive quarters.

In the meantime, the stock trades at 17 times forward earnings, which isn't exactly cheap. That, combined with no imminent business growth drivers, makes me suggest that investors stay on the sidelines for now.