Steve Symington, Dan Caplinger, and Tim Brugger
(XMFSymington)
Author Bio
As a technology and consumer goods specialist for the Fool, Steve looks for responsible businesses that positively shape our lives. Then he invests accordingly. Enjoy his work? Connect with him on Twitter & Facebook so you don't miss a thing.

Our stock market is easily the most effective wealth-generating machine the world has to offer. But that hardly guarantees success, which is why so many people so closely watch the moves of those who have consistently proven themselves to be the world's smartest investors.

To be fair, we're lucky enough to have some of those investors in our ranks at The Motley Fool. But in the interest of thinking outside the box, we asked three top Motley Fool contributors to each discuss a stock the world's smartest investors are buying right now. Read on to see why they chose Sirius XM (NASDAQ:SIRI), HP (NYSE:HPQ), and Goldman Sachs (NYSE:GS). 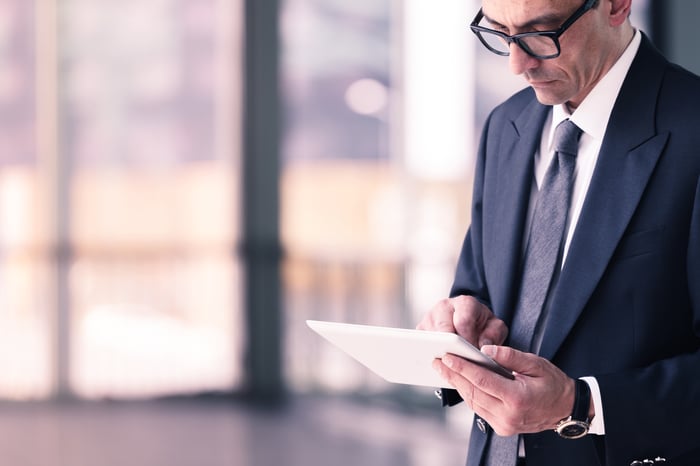 The sweet sound of record profits

To be fair, that's a relatively modest holding considering the size of Berkshire's overall portfolio. And this means the purchase of SiriusXM was more than likely made by Berkshire's younger investment managers in Todd Combs and Ted Weschler. But there's a reason Buffett has continued to increase the responsibilities of both of these like-minded investors in recent years; they're widely expected to take over the portfolio when Buffett cannot (or chooses not to) do so any longer.

Even so, the move was somewhat surprising at first glance considering the satellite radio specialist was trading at multi-year highs around the time Berkshire bought it. But SiriusXM has continued to rise on the heels of its strong year-end 2016 results last month, which were punctuated by solid 10% growth in revenue -- roughly in line with its annualized growth over the past three years -- to $5.0 billion last year, net subscriber growth of 1.75 million (bringing its total to more than 31 million subscribers, with low self-pay monthly churn averaging around 1.9%), and a 46% increase in net income, to $746 million.

Moreover, SiriusXM expects continued revenue growth and record profitability in 2017, as well as strong annual free cash flow of $1.5 billion. In the end, given Sirius XM Holdings' stable performance, strong cash generation, and loyal customer base, as well as the fact Buffett and his portfolio managers tend to buy stocks with the aim of holding them forever if possible, I suspect Sirius XM stock will reach many more highs in the coming years.

No, the sky is not falling

Tim Brugger (HP): Not many "smart" money managers have been clamoring to buy HP stock. Even after its stellar first quarter results, pundits simply can't seem to wrap their heads around the notion that PCs aren't dead.

HP's print division is also gathering steam -- as it has for three straight quarters -- and it's now officially a player in 3D printing with several of its cutting-edge multi-jet fusions in place. Thankfully, investors as a whole have seemingly ignored the negativity and enjoyed a nice ride to HP's year-long stock price gains.

For some perspective, HP shot up to $17.60 a share following its earnings results with eight analysts "upgrading" its stock. The most bullish sentiment? A price target of $19 a share, all of about 8% appreciation expected in the coming year and barely over one-third of analysts following the stock even rate HP a buy. Nothing new there, HP hasn't won over the Street since its split with HP Enterprise (NYSE:HPE) over a year ago, it just continues to perform.

Despite its strong performance, HP still trades at a meager 10.5 times forward earnings. Toss in a 3% dividend yield and the aforementioned strengths, and HP remains a sound alternative for smart investors.

This Wall Street giant is poised to prosper

Dan Caplinger (Goldman Sachs): Wall Street is back, and Goldman Sachs is poised to take advantage of a much more favorable environment for large financial firms. Reduced regulation is already in the cards, as a recent executive order from President Trump is just the opening salvo in an attack on the Dodd-Frank legislation that imposed substantial constraints on big banks and the way they operate.

In response, billionaire investor George Soros and his Soros Fund Management company decided to buy into the Wall Street giant for the first time. The position wasn't a huge one for either Goldman or Soros, with the $15.6 million investment representing just 0.015% of Goldman's outstanding shares and about 0.36% of Soros' portfolio. Nevertheless, the move was just one of several that Soros made in the financial sector, including new positions in PNC Financial (NYSE:PNC) and Bank of America (NYSE:BAC).

With interest rates on the rise, many already believed even before the election that the prospects for banking institutions would be strong. The new administration in the White House only accelerated the bullish view in many investors' eyes, and Goldman's reputation to take full advantage of new opportunities will give it a leg up over its peers in the financial industry as efforts to reduce regulation proceed.