The auto industry has been strong lately, but that hasn't helped automotive acoustical and seating and finishing specialist Jason Industries (OTC:JASN.Q) show much forward progress lately. The company has faced challenges in finding ways to fight against lower demand for its products, and coming into Thursday's fourth-quarter financial report, Jason Industries investors weren't expecting a turnaround, instead predicting sales declines and a net loss. The company's results were consistent with investor expectations, but Jason believes that it can push forward in 2017 and take advantage of the efforts it has made to boost its business.

Let's take a closer look at Jason Industries to see how it did and what its plan is going forward. 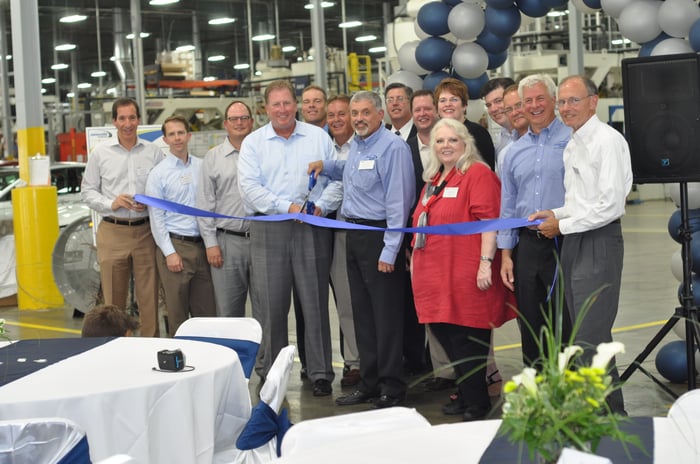 Jason Industries' fourth-quarter results were worse than investors expected in some ways and better in others. Sales were down 9% to $158.8 million, but that was actually better than the double-digit percentage decline that many who follow the stock were looking to see. However, another round of large impairment charges resulted in a net loss of $61.3 million, which was only slightly narrower than in the year-ago period. Even after making adjustments for the one-time charges, adjusted net loss of $0.14 per share was $0.02 worse than the consensus forecast among investors.

Looking more closely at the results, Jason Industries saw some divergences among its core segments. As we've seen before, the automotive acoustics division performed best from a sales perspective, as segment revenue was up 3%. That compared favorably to a 13% drop in seating division revenue, 11% lower sales in the finishing segment, and a massive 24% decrease in sales of components.

The reasons for the results varied by business. In seating, significantly lower volumes in the heavyweight motorcycle industry weighed on performance. In finishing, Jason Industries exited a non-core business in Brazil, and softer global industrial demand hurt the top line. New platform awards helped the acoustics segment, but the closure of Jason's Buffalo Grove facilities hurt the components division substantially.

New CEO Brian Kobylinski, who became chief executive officer effective Dec. 1, gave a succinct summary of Jason's challenges. "Volumes in our seating and components businesses were down significantly on lower motorcycle and rail car demand," Kobylinski said, and "finishing continued to see lower general industrial demand in Europe and the U.S., while acoustics continued to benefit from new platforms as vehicle production volumes were flat." The CEO noted that effective working capital management helped bolster its free cash flow despite the tough conditions.

Can Jason Industries recover in 2017?

Even with a difficult industry environment, Jason Industries remains upbeat about its future. As Kobylinski put it, "Improvements in serving our customers have resulted in new platform opportunities and wins, and provide commercial traction heading into 2017."

Yet the guidance that Jason Industries gave for the 2017 year will leave some investors wishing for more. The company said that it expects sales to come in between $650 million and $670 million. That's less than the current consensus forecast for $682 million in revenue for the year. Similarly, adjusted pre-tax operating income of $64 million to $67 million would represent just 0% to 5% growth from 2016 numbers, which hardly predicts a full recovery.

Jason Industries investors weren't pleased with the report, and the stock fell 3% in pre-market trading following the announcement. Without more tangible signs of an imminent turnaround, Jason Industries will struggle to keep investors convinced about its long-term future prospects.