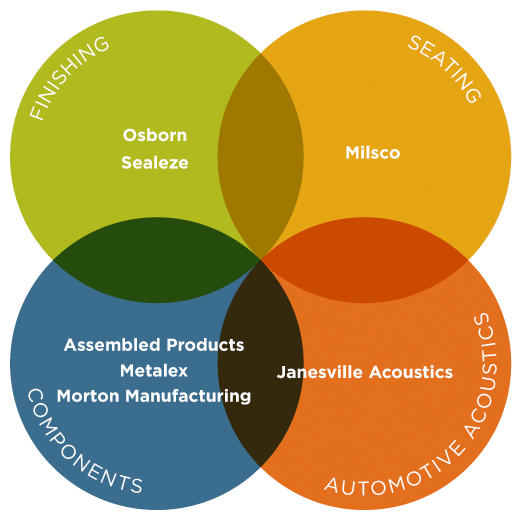 Micro-cap Jason Industries (OTC:JASN.Q) has gone through tough times lately, seeing its share price fall steadily over the past couple of years. The maker of seating, finishing, components, and acoustical products has lost 70% of its value since late 2014, and coming into Tuesday's fourth-quarter financial report, Jason Industries investors were bracing for more red ink and questions about the company's sustainability. Jason's results were better than many had feared, but they still left some longer-term questions unanswered. Let's take a closer look at Jason Industries and whether its future is finally starting to look brighter.

Jason Industries takes a big restructuring charge
Jason Industries' fourth-quarter results revealed the ongoing challenges that its business is working through right now. Revenue climbed nearly 6% to $173.8 million, which was better than the $171.5 million consensus figure among those following the stock. A $94 million impairment charge sent Jason to a huge GAAP net loss, but excluding that and other restructuring and integration costs, adjusted net income was $700,000, working out to adjusted earnings of $0.02 per share. That was better than the $0.01 loss that investors were expecting.

Jason saw very different results in each of its segments. The seating division saw sales climb 6%, with the company saying that heavy-weight motorcycle equipment sold well and also benefited from the award of new business in heavy-industry platforms. However, segment operating earnings went negative due to what Jason called operational inefficiencies. In the finishing segment, revenue jumped 8%, but as we've seen in past quarters, organic sales would have been down 4% without the impact of the DRONCO acquisition. Adjusted segment EBITDA fell more than 20% due to unfavorable product mixes.

Jason's acoustics segment was the clear winner of the quarter. An 8% sales gain produced adjusted EBITDA that jumped 80%, making the segment Jason's most profitable. Components sales fell nearly 3% on lower demand for metal products and components for smart utility meters, but segment operating profit was close to flat.

New CEO Jeffry Quinn noted the mixed conditions. "We ended the year with strong organic growth in Acoustics and Seating," Quinn said, but "demand from general industrial end markets remained soft during the quarter, impacting Finishing and Components." The CEO said that it is focusing on operational issues in the seating business in particular, as Jason Industries looks to take maximum advantage of its business opportunities in the segment.

Is Jason Industries going to bounce back?
To recover, Jason Industries will have to improve on many fronts. "We will renew the focus on our customers, reduce costs to improve margins, enhance cash generation to de-lever, and optimize our business portfolio," Quinn said. He also believes that further internal investment will be necessary to achieve Jason's final goals.

Jason hopes to achieve those ends with a cost reduction and restructuring program. Jason's goal is to save $30 million in annual costs by 2017, focused on selling and administrative costs and operational optimization. Margin expansion could come from a narrowing of Jason's targeted core business opportunities, and the company expects to optimize its supply chain and close facilities that aren't central to its overall needs.

It also set its guidance for 2016. Revenue of $735 million to $750 million corresponds closely to the current consensus forecast for top-line numbers. Jason also expects adjusted EBITDA of $84 million to $90 million for 2016, which would be 2% to 9% higher than 2015 figures.

Investors reacted favorably to the news, and the stock climbed 2% in the regular trading session following the announcement. With such huge declines in the past couple of years, though, Jason needs to prove to investors that it can reawaken growth and give them a chance at regaining more of their painful losses since 2014.