Shares of helicopter medevac company Air Methods (NASDAQ:AIRM) jumped 11.3% in Thursday trading to close at $43 even.

Air Methods reported earnings earlier this week, with Q4 revenues rising 9%, but per-share profits falling 5%. Those were mixed results, at best, and apparently unrelated to Thursday's run-up in share price.

Rather, the reason for the run-up appears to be a report on Bloomberg -- as yet unconfirmed -- that private equity firm KKR, among others, is bidding to take Air Methods private. 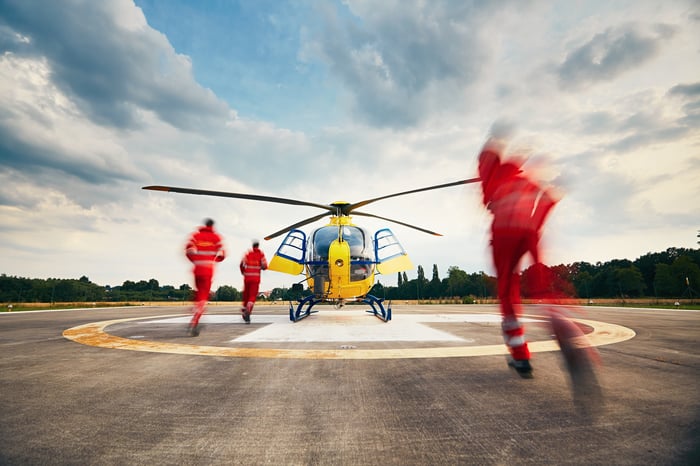 Investors and arbitrageurs are jumping on the news as an excuse to bid up shares of Air Methods stock. Now, it's worth remembering that (a) these rumors have not been confirmed, and (b) there's no word yet on how much KKR might decide to pay for Air Methods. It could be more than the $43 per share that the stock now costs after Thursday's run-up, but it could also be less.

Still, with Air Methods stock selling for only 16 times earnings, but expected by Wall Street analysts to grow those earnings at 18% annually over the next five years, this might be a risk worth taking. Worst case scenario: Even if the buyout doesn't happen, you're still left owning shares of a pretty cheap stock.