Mobile chipmaker Qualcomm (NASDAQ:QCOM) and Chinese smartphone giant Xiaomi are often considered close partners. Qualcomm became one of Xiaomi's earliest investors in 2011, and all of Xiaomi's flagship devices use Qualcomm chips. When regulatory troubles in China forced Qualcomm to renegotiate its licensing terms with OEMs, Xiaomi was one of the first companies to sign a new deal with the chipmaker.

However, that alliance gradually weakened. Xiaomi eventually started using more MediaTek (OTC:MDTKF) chips in its cheaper devices, and ongoing rumors indicated that the company was developing first-party chips. Those rumors were finally confirmed in late February, when Xiaomi unveiled the Surge S1 chip for its new mid-range Mi 5c smartphone. 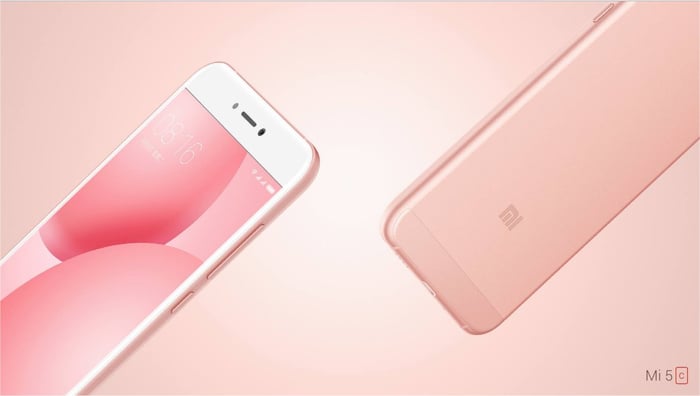 The Surge S1 is a 28nm chip with eight cores, four of which run at 2.2GHz with another four running at 1.4GHz. Its Mali T-860 MP4 GPU is capable of playing 4K videos. Those specs make it slightly more powerful than Qualcomm's Snapdragon 625, a popular octa-core processor which powers mid-range devices like the international variant of Xiaomi's Mi Note 4. The S1 was produced by Xiaomi's subsidiary Pinecone Electronics via a partnership with Chinese chipmaker Leadcore.

Why Xiaomi needed to make its own chips

Back in 2014, Xiaomi became the biggest smartphone maker in China. But by the end of 2016, it had dropped to fifth place after Oppo, Huawei, Vivo, and Apple (NASDAQ:AAPL), in that order. That decline was caused by competitors flooding the market with comparably priced phones, a shift in consumer tastes toward pricier devices, and an overall slowdown across the Chinese smartphone market.

Last November, Xiaomi admitted that its core phone business wasn't profitable. In January, it stopped disclosing annual shipment figures and abruptly announced that it would skip this year's Mobile World Congress. Those moves all indicated that the company was struggling to stay afloat in the crowded Chinese market.

However, Xiaomi also noticed that it could follow Apple, Huawei, and Samsung's (NASDAQOTH: SSNLF) lead and develop first-party ARM chips. Producing first-party chips is a pricey investment, but it's a smart long-term play because it reduces Xiaomi's dependence on chipmakers like Qualcomm, cuts production costs, tightens up the supply chain, and gives it full control over the hardware and the software -- which could better optimize its devices for Xiaomi's MIUI custom Android OS.

In addition to lowering costs and boosting performance, IDC analyst Bryan Ma also noted that Xiaomi's first-party chips could work better with its smart home ecosystem, which already includes air purifiers, bathroom scales, lights, and even rice cookers. Xiaomi could also use its first-party chips to bypass a ban on MediaTek chips in India, which occurred due to a patent dispute with Ericsson.

What this means for Qualcomm

Xiaomi's introduction of first-party chips isn't good news for Qualcomm, but there's no indication that Xiaomi will stop using Qualcomm chips altogether. The Mi 5c merely represents the budget device of its flagship Mi 5 family -- which includes the original Mi 5, the Mi 5S, and the Mi 5S Plus. All three of the other Mi 5 devices use Qualcomm chips.

Therefore, the Surge S1 could actually hurt MediaTek -- which supplies Xiaomi with chips for variants of its low and mid-range devices -- instead of Qualcomm. If the Surge S1 becomes Xiaomi's official mid-range chipset, it could stop using MediaTek chips as Qualcomm chips remain in high-end devices.

Qualcomm's Snapdragon could lose its spot in mid-range devices like the Mi Note 4, but the overall impact on its chipmaking business might be minimal. Xiaomi's global market share is already likely below 5%, based on IDC estimates, and could continue fading as Oppo, Huawei, and Vivo launch new devices. Since some Oppo, Huawei, and Vivo devices use Qualcomm chips, higher sales at those leading brands could easily offset any design losses at Xiaomi.

So should Qualcomm investors be worried?

If Xiaomi had revealed the Surge S1 back in 2014, then swapped out all Qualcomm chips with its own silicon, I think investors would have been worried. But Xiaomi is merely aiming its new chips at the mid-range market today, and any losses from Xiaomi could probably be offset by higher sales of other rival Android devices.

Therefore, investors shouldn't consider Xiaomi's announcement to be a major blow to Qualcomm on its own. Nonetheless, the overall trend is worrisome, because it indicates that Qualcomm's chipmaking business -- which posted flat year-over-year sales growth last quarter -- will likely continue ceding market share to first-party ARM chips for the foreseeable future.